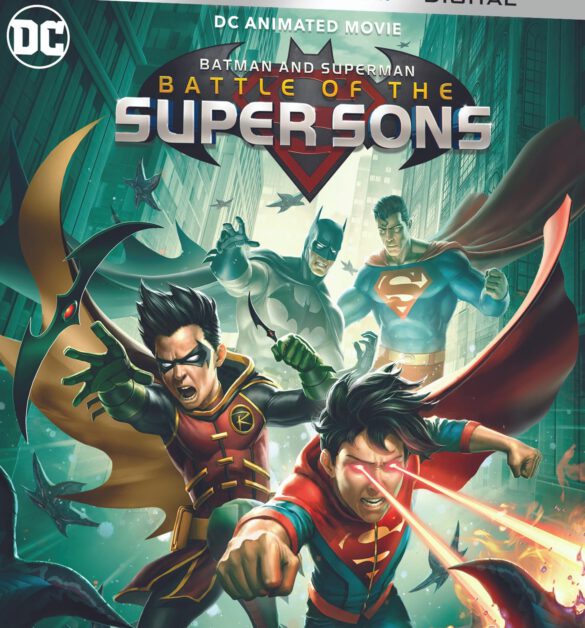 Warner Bros. has revealed the latest details for their next DC animated film, Batman & Superman: Battle of the Super Sons, which is planned to release this October. The film is the first-ever all-computer-generated feature-length film. The new film sees Robin and Superboy needing to save not only their fathers, but the whole world.

Produced by Warner Bros. Animation, DC and Warner Bros. Home Entertainment, the PG-13 rated Batman and Superman: Battle of the Super Sons begins as 11-year-old Jonathan Kent discovers he has superpowers, thrusting the half-Kryptonian into the complicated world of Super Heroes and Super-Villains – who are now under attack by a malevolent alien force known as Starro! It’s a race against time as Jonathan must join forces with assassin-turned-Boy-Wonder Damian Wayne to rescue their fathers (Superman & Batman) and save the planet by becoming the Super Sons they were destined to be!

Batman & Superman: Battle of the Super Sons will release digitally, on Blu-ray, and on 4K Ultra HD as revealed today on October 18. You can check out the trailer below and head over to Amazon to preorder the film.