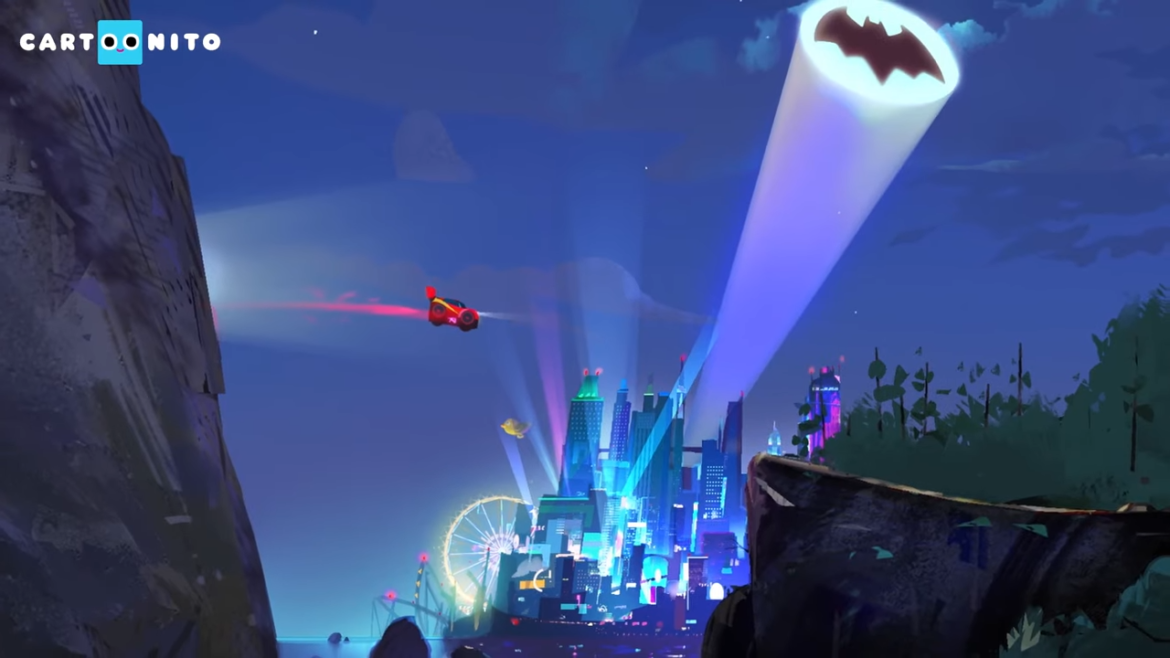 DC FanDome is giving fans plenty of things to look forward to. One new cartoon series that is set to debut in the near future is Batwheels and during FanDome, fans were given a further first look and some of the cast spoke about taking over the roles of the characters.

Jacob Bertrand, who voices Bam, spoke about how the additional animations that are used for the chase scenes were something he really enjoyed. He continued by introducing the lineup of the characters the show will focus on, but nothing that hasn’t already been announced, before passing it over to AJ Hudson, who voices Duke Thomas in the series.

After the cast spoke, there was a brief sneak peek at the series including a look at the Batcave, the outside of Wayne Manor, and Gotham City. There were a number of pieces of concept art, along with what one could assume is the theme song for the series playing in the background.

The sneak peek wrapped up by stating that the series is coming to Cartoonito, WB’s preschool block of programming, on both Cartoon Network and HBO Max in 2022. Based on the amount of content that was shown, we would assume the series isn’t coming until the latter half of the year. What did you think of the first look at Batwheels?