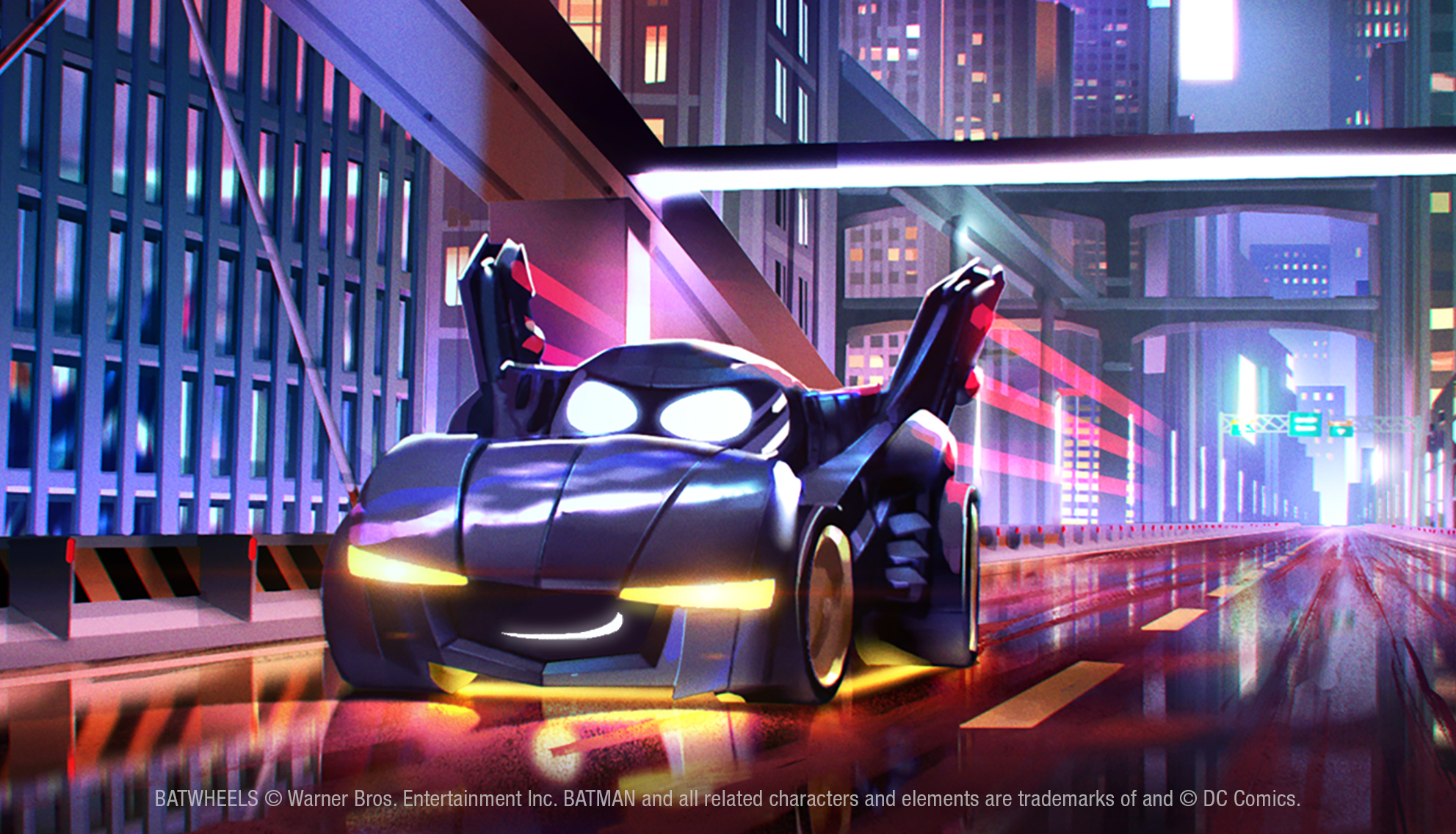 Warner Bros. has announced a brand new animated series involving the Batman Universe. This time the focus is not on Batman or even the Justice League, but instead is a series geared towards preschoolers with the vehicles in Batman’s arsenal in the spotlight. Production has begun on ‘Batwheels’. In the official announcement, Warner Bros. stated that the series is meant to headline their foray into preschool. The series will feature sentient super-powered crime-fighting vehicles who defend Gotham City alongside Batman, Robin, Batgirl, and of DC superheroes.

Having just been created by the Batcomputer, our heroes are essentially kids with little to no life experience. Led by Bam (The Batmobile), the Batwheels – Bibi (The Batgirl Cycle), Red (The Redbird), Jett (The Batwing) and Buff (The Bat Truck) – must navigate the growing pains of being a newly formed super team as well as the growing pains that come with just being a kid. This relatable and aspirational series will follow the journey of this dynamic team as they thrill and entertain with their heroic adventures as well as demonstrate to kids the value of self-confidence, friendship and teamwork.

The new series is set to air on Cartoon Network and HBO Max, along with other Cartoon Network platforms for the global market. No word on the a premiere date, as animated series typically take multiple years to premiere after they are announced. Happy about a new series to share with young Bat-Fans?