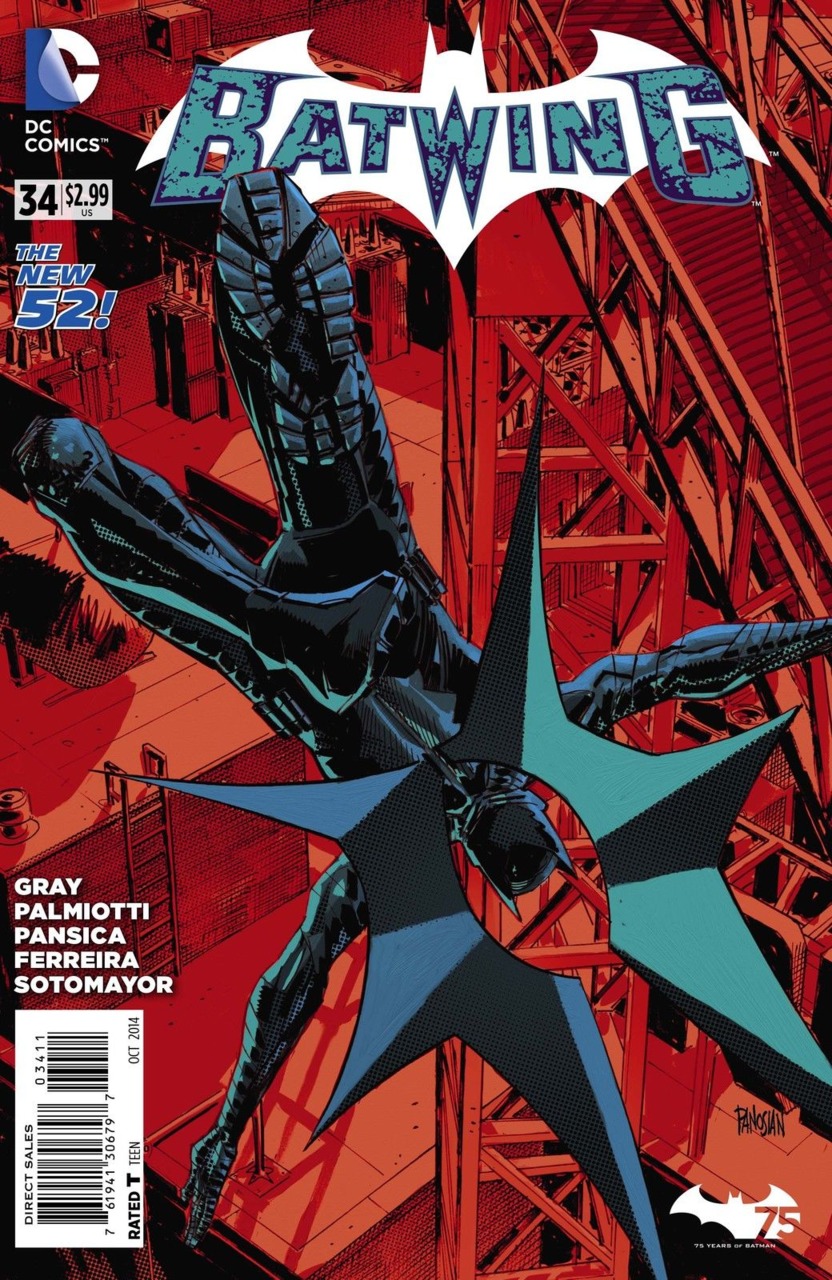 Here it is. The last issue of Batwing… Except for the Futures End issue next month… This issue kinda frustrated me. And not because it was bad, because it wasn’t. It was alright. I was frustrated by the way it followed up on the events of last issue. And by that, I mean Luke goes, “Awe, shucks. I don’t know. Umm… Oh, well.” and it’s not touched upon again. Makes it seem like it was a last second decision by DC to cancel the book and they let the writers know just last month. It makes me wonder what the Futures End issue will be about.

Most of this issue is Luke with his family. Who are mostly made up of jerks. I really don’t like the Fox family right now. Luke has gotten tickets to take his sister Tiffany to the planetarium. Her, being a 6-year old genius, who still has to sit in a freaking car seat, decides to talk to Luke about his being a vigilante and how she’s proud of him for doing the right thing.

Tiff impresses the astrophysicist at the planetarium and after making things awkward for Luke thinking she’s hot, she offers Tiff an internship… What?!

Tiff and Luke make up on the way home, when they are hit by an armored truck. That night, Luke goes after them and beats up the robbers. He also discovers a family they were holding captive and frees them. The end?