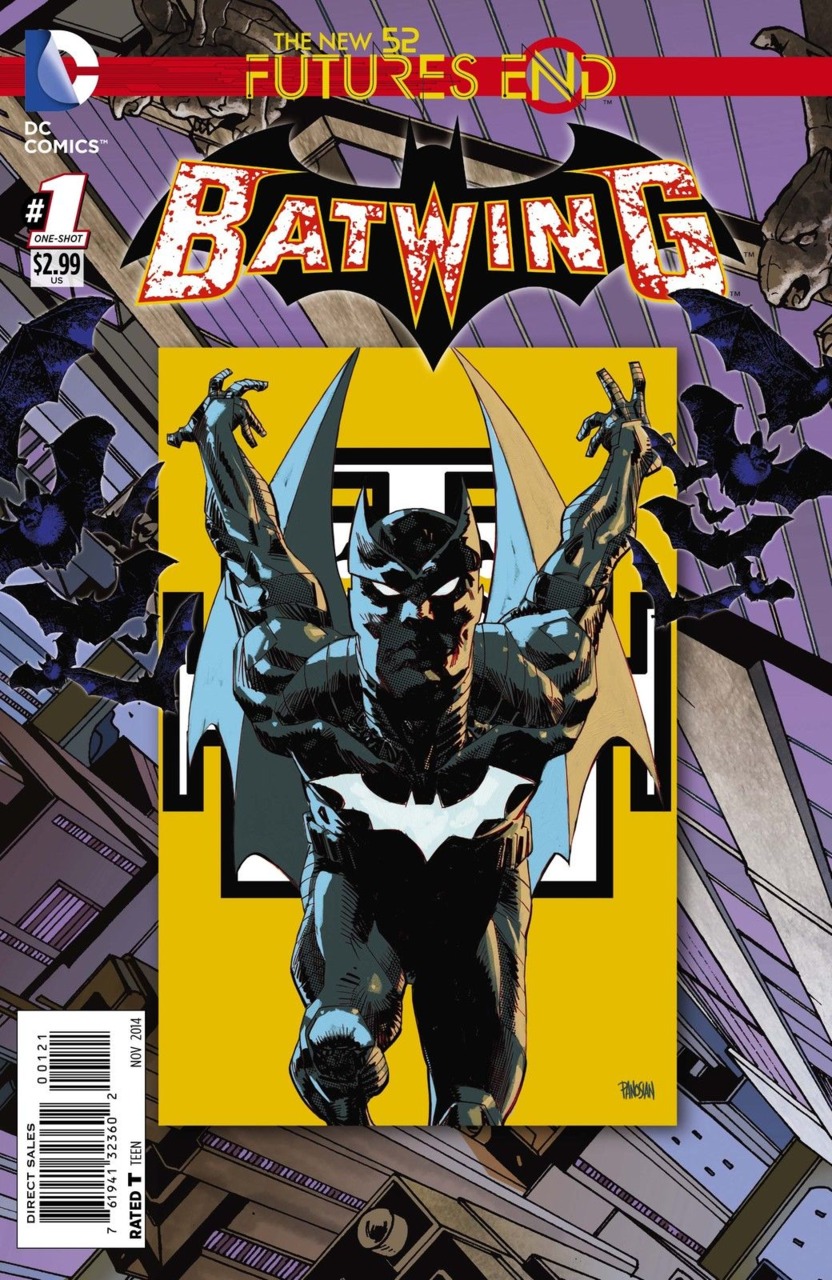 In my opinion this was, by far, the best of the Futures End issues. It was fun, getting to that later. It was interesting, dropping you right into this world. And it is just plain awesome, as we get a surprise team showing up this issue. Palmiotti and Gray do an awesome job taking advantage of this world to do some crazy fun stuff, doing a one-off issue, and at the same time continue their run.

Eduardo Pansica’s art is pretty sweet. He was able to cut loose, here and have fun. He does a great job on all the character designs, and the dude has a bright future ahead of him as does more work.

Batwing (in a new, special costume) infiltrates a large ship with the gang known as Tokyo Mechastomp. They have a group of armed robots, ready to attack any intruders. Batwing uses a virus to take control, and attacks the gang.

He then goes undercover, and organizes a super villain takeover of… Dinosaur Island. So it is confirmed. Jurassic Park exists in the DCU! These super villains were probably my favorite rag-tag group ever. We have: Lion Mane (a lion Minotaur), Wood Ape (if Groot was a gorilla), Cat and Mouse (a French woman team up, reminiscent of Tom and Jerry), Pit Bull (a dog, that is all business), and my favorite – Father Gunn (who yells random, single word sentences, and also has a gun for a face).

These guys are taken to the island with the intent to destroy Leviathan (the robots that Batwing took over). Once they get there, they are attacked by Batman Inc., with Batwing leading the way. They take out the group, and Batwing gives them the week off, telling them to spend time with their family.

He goes to the cemetery, where his sister, Tam has died, and he hugs his family.