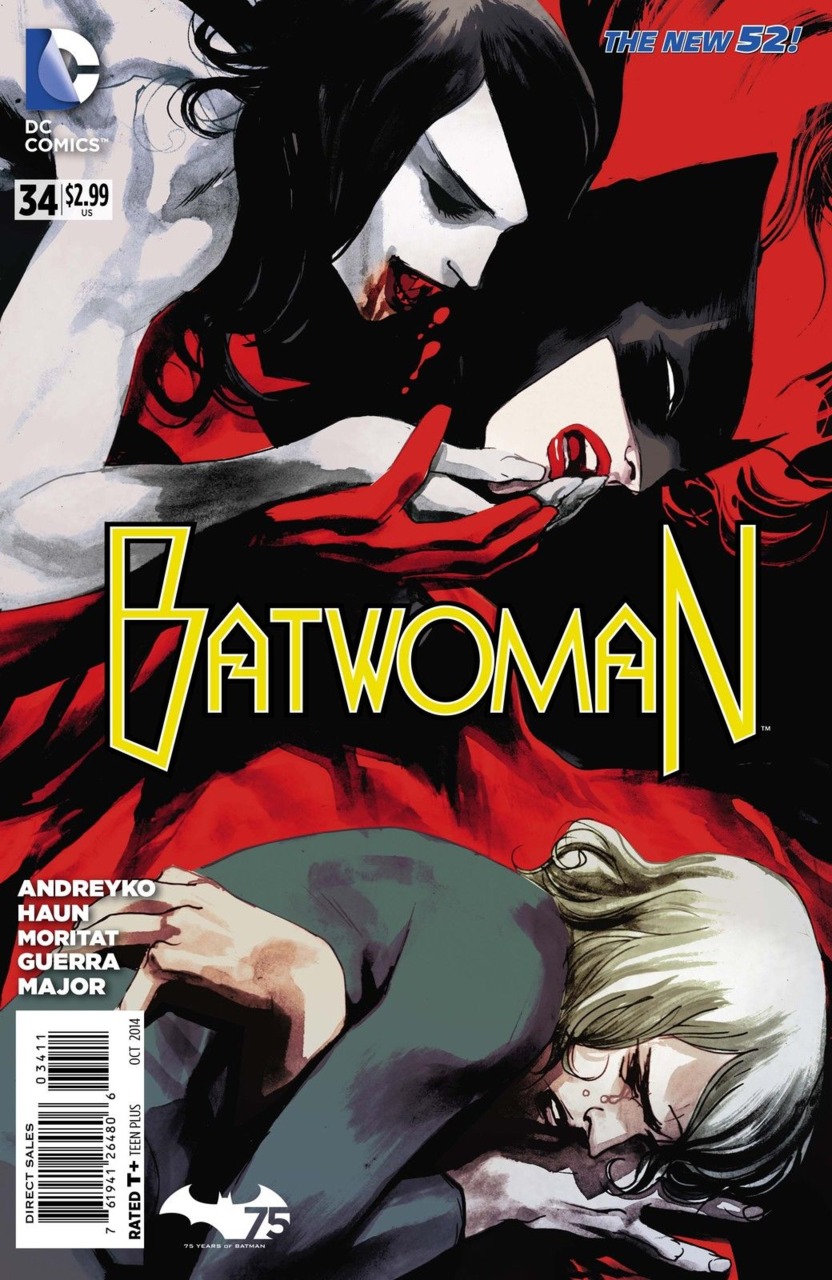 I have a bag of mixed feelings after reading this issue, so I’ll just get straight into it…

Marc Andreyko does things here that impress me, and then there are other points where it doesn’t even feel like the same writer. The book stands out in my head very distinctly by basically cutting the book in half. The first half, not very good. The second half, was much more interesting. I say this, not only Moritat does the first half, and Jeremy Haun does the second (man, I’m going to miss Haun). But Andreyko’s writing, and especially dialog, feel very much different.

The first half begins, and with all the cheesy, forced dialog, it also has a Batman ’66 feel to it with the not-so-well-done fight scenes and sound effects on every other panel. The second half, however, hits on some personal, emotional stuff going on in the book right now. Haun hits all these expressions very well, and he and Andreyko finish strong by tying in the Futures End issue with the rest of the story, and even better, it feels like a natural fit. I don’t know if this change is permanent, but I think it would be pretty neat, and it’s fitting for the character. Okay, no more beating around the bush.

Batwoman, Nocturna, Night-Thief, and Killshot are having a stand off on a roof. A brawl quickly ensues, mostly between Night-Thief and Killshot, and Batwoman steps in to prevent someone from being killed. Killshot removes her mask, and Nocturna sees her face. Killshot then attempts to make a killing shot (haha) but Night-Thief throws himself in front of Nocturna, taking the bullets. He falls into the harbor below, along with Nocturna. Batwoman takes out Killshot, and leaves him for the police.

On a side note, I’m no gun expert by any means, but I found it weird that Killshot’s sniper fired three quick rounds into Night-Thief. I don’t know, I just didn’t buy it.

Later, we see Kate packing her things, she’s left a note and her apartment key on the table. She’s leaving Maggie. But Maggie catches her before she’s able to get out of the apartment building, and they have a little chat. Kate never tells her that she’s leaving. Maggie enters, finds the letter, and reads it.

After a conversation with her psychiatrist, we realize that Kate did this in a deal she made with Maggie’s ex: she leaves, he drops the custody battle over their kid. Kate relates it back to her childhood, and not having her mother around.

Meanwhile, Nocturna sees Kate on the cover of Gotham Magazine, recognizing her right away. She goes to Kate’s apartment, and bites her in her sleep, turning her into a vampire.