SDCC 2019: What to Expect from Batwoman Series 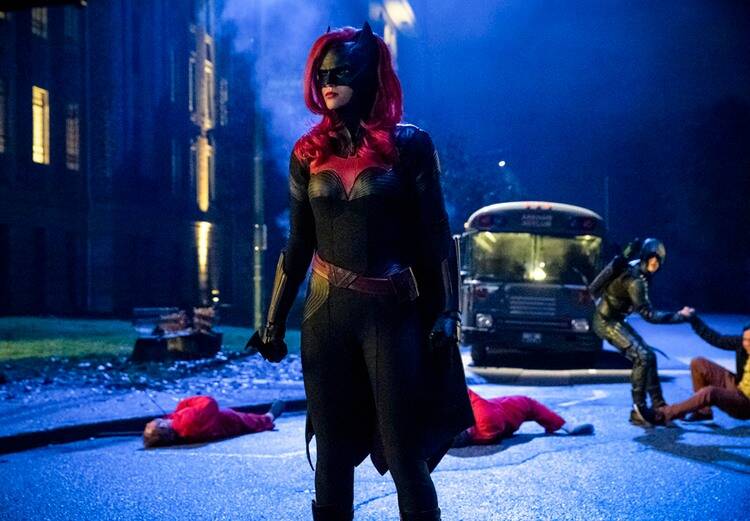 Fans in attendance at the DCTV/CW Batwoman panel were presented with a treat. Before Batwoman begins on the CW, attendees were provided with a full screening of the shows pilot episode. The real fun started afterwards when the panel discussed what fans could look forward to in season one.

Co-executive producer Caroline Dries claims the first season gets a lot of its material from Greg Rucka’s Elegy arc in Detective Comics. The show will use a lot of flashback motifs to introduce Kate Kane to the world, allowing them to see how Kate’s past makes her worthy of wearing the cowl.

Dries also discussed how star Ruby Rose (who wasn’t in attendance) influenced the creation of the TV character. “We made Kate a vegan, because Ruby’s a vegan,” she said. “We wanted to use as many of her tattoos as possible… She does a lot of her own fights, the fighting, and the kicking.”

The show is currently doing work on its part of the upcoming Arrowverse crossover, Crisis on Infinite Earths. “We’ve got a ton, a ton, a ton of characters coming into the five-part event,” Dries said. “Burt Ward will be making an appearance.”

Fans should also not hold their breath on seeing Batman or his alter ego anytime soon. “Anything is possible. Everyone in the room knows how strict Warner Bros. is with the Batman property.” Co-executive producer Sarah Schechter pointed out that the absence will help develop the character, much like the lack of Clark Kent helping Kara’s character in Supergirl.

It was also mentioned that Tommy Elliot’s Hush will appear in some capacity during the first season as well. They hinted that a number of different Batman villains could be making appearances over time but they do not have plans to reuse villains already used from the Arrowverse.

Renee Montoya was brought up in a question of whether the character would appear on the show. The response, for now, is that with her appearing in a film already in production, it may take some time to see if they can use her after the film releases.

Batwoman premieres on the CW on Sunday, October 6th.