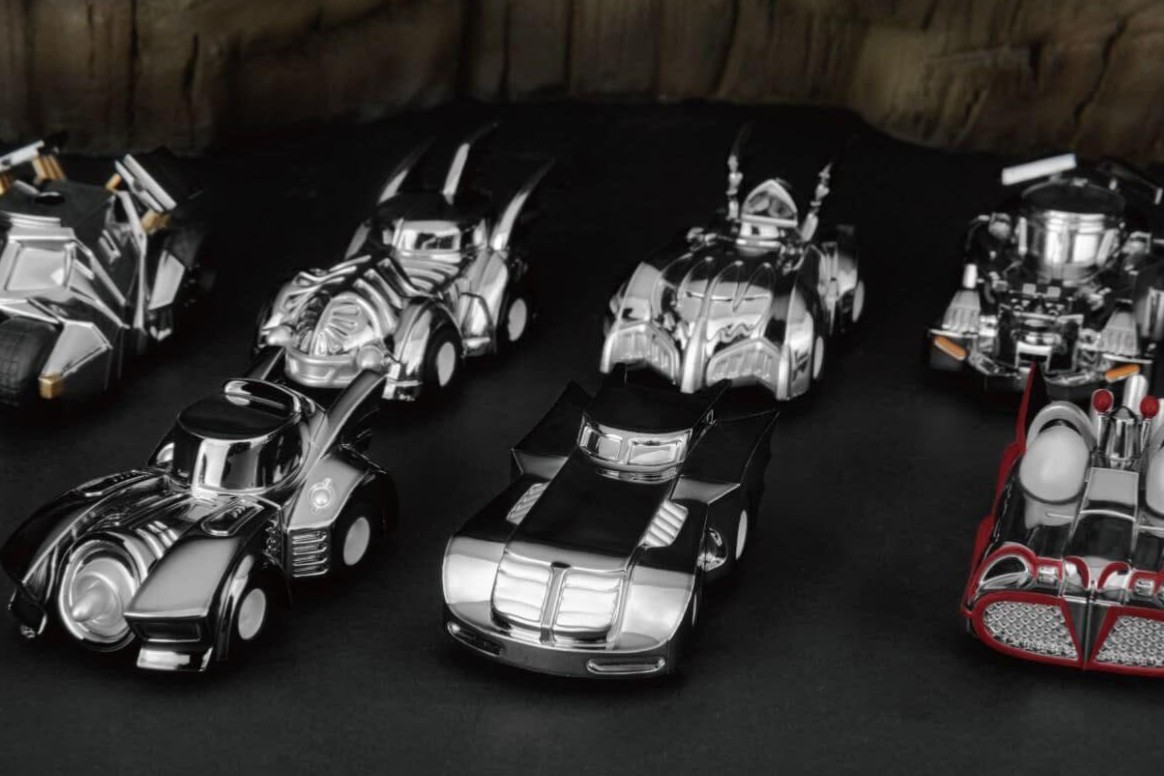 Beast Kingdom has released details for their latest pullback series, which features seven different Batmobiles in a collectible set. Each car has a sleek design from different famous Batman incarnations. The set is priced at $29.99 and is expected to ship in December 2020. You can preorder the set at Beast Kingdom.

Batman fans will surely want to own this collection! Beast Kingdom is proud to present the “Batman Pull Back Car Series Special Edition Set.”

This series reproduces many classic Batmobile designs from film and television. With a sharp appearance and fun to use, this set makes a striking impression. It makes a great display for an office and the whir of the Batmobile across the desk can transform the stress of work into a fun break. This set includes seven classic sleek Batmobile pull back cars in a colorful box backed with comic book cover print. Whether as a gift or for your personal collection, now is the perfect time to get the complete set!

-1966 TV The original retro design with two seats for Robin and Batman to fight the baddies: WHAM!

-1992 The classic Tim Burton design with a Jet Turbo Engine and a streamlined body!

-1992 The Animated Classic shows a long body with geometric shapes, similar to the character designs

-2005 The ultimate tank, the now-classic Batman Begins armored car is straight out of a military hanger

The whole series of Batmobiles are equipped with electroplating design, which makes the Batmobile look more eye-catching! It is to make your collection different from others!