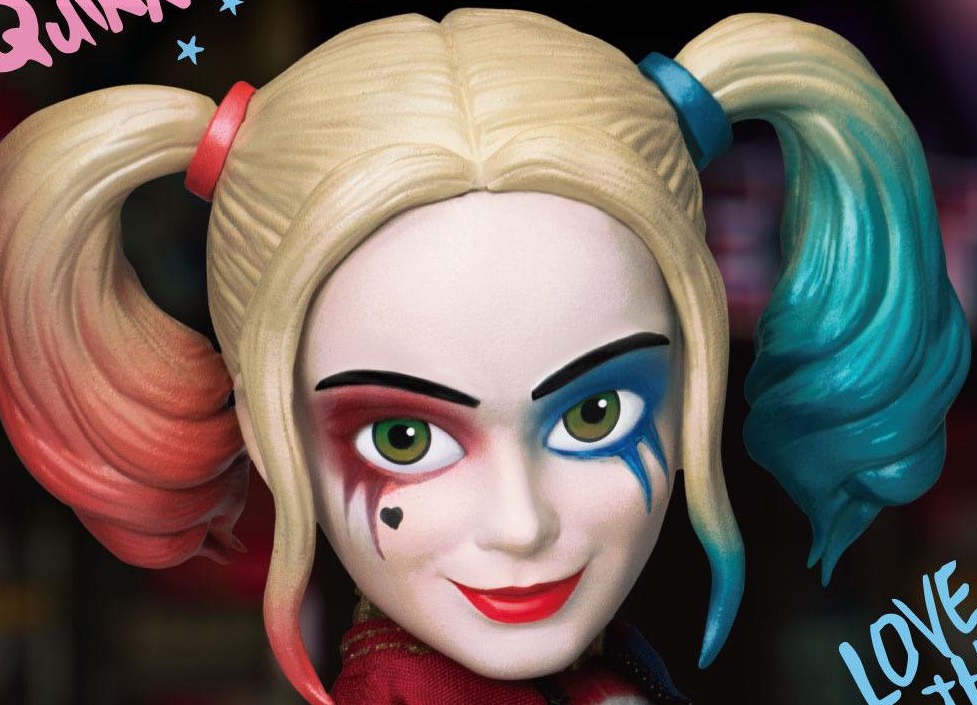 Beast Kingdom has released details for their latest figure from the Egg Attack Action (EAA) series which features Suicide Squad’s Harley Quinn. The figure measures six inches tall and features interchangeable faces and real clothing. It is priced at $90 and is expected to ship in April 2021. You can preorder the figure at Entertainment Earth or Sideshow Collectibles.

In DC’s ‘Suicide Squad’ movie, Harley Quinn was arguably the standout character that stole the show with her crazy antics! Bringing to life the character for the first time onscreen, Margot Robbie created a brilliantly accurate take on the mischievous anti-hero. With style and charm, Harley was born through the love she found in Arkham Asylum with the Crown Prince Of Crime himself, The Joker. Falling into a vat of acid, Dr. Harleen Frances Quinzel is transformed from a mild-mannered psychiatrist, into the wild, pale-skinned, acrobatic, baseball-bat wielding star of the show!

Starting with the meticulous focus on design, the two replaceable face sculpts are quintessential Harley, with her pale skin and zany looks. The use of real cloth in the outfit provides collectors with a high-quality design to match the EAA stylized look.

This Harley Quinn figure features details such as the print of ‘Daddy’s Lil Monster’ on her t-shirt to the now-famous ‘Pudding’ printed blue and red bomber jacket, with a real working zipper, as well as the punk style hot pants and fishnet stockings. The bevy of accessories also adds a great number of ways for posing the figure.

Featuring five pairs of replaceable hands and one additional right hand, with jewelry and gloves, as well as the famous pistol, baseball bat, mallet, and even replaceable bracelets you can create the ultimate customization. Topping the set off with a figure base and bracket, this Harley Quinn EAA figure is ready to put a big smile on any collector’s face. Make sure to grab her today and cause some mayhem on a desk near you!