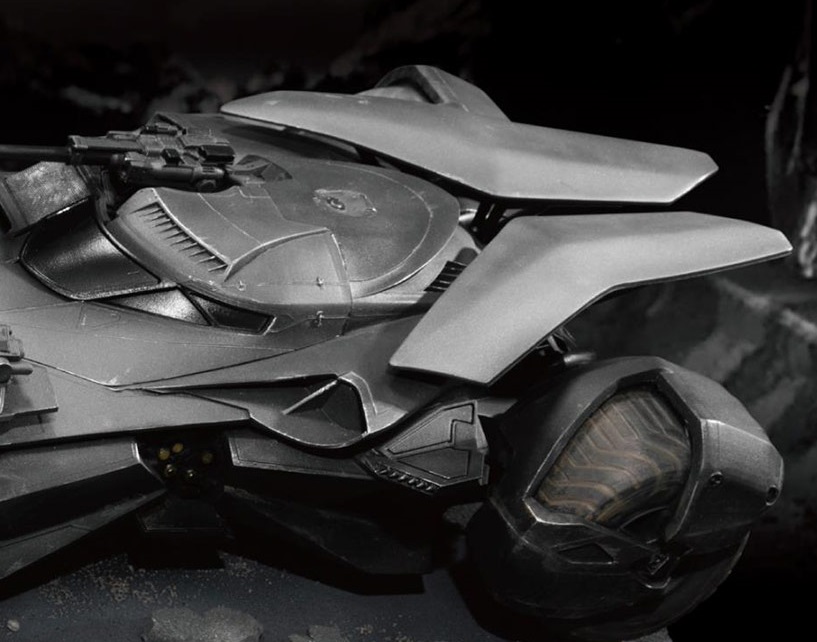 Beast Kingdom has released details for their latest diorama, which features the Batmobile from 2017’s Justice League. The statue’s footprint measures about nine inches by sixteen inches, with it being just under ten inches tall. It is priced at $599 and is expected to ship between April and June 2021. You can preorder the statue over at Sideshow Collectibles.

Everyone has that one car they dream of having, so are you ready to now own one of the coolest vehicles on the planet? Your very own Batmobile?

In the most recent Justice League Movie: Batman showcases an upgraded Batmobile with heavy power and high-tech functionalities. A must to defeat the army’s set on Earth by the evil Steppenwolf! A sleek, yet with a battle tank aesthetic, this latest Batmobile has won over the hearts of fans the world over.

The Master Craft Series continues to showcase Beast Kingdom’s craftsmanship in creating the ultimate collectible dioramas. The latest in the series: Justice League Batmobile once again brings the highest level of details from the car body design and paintwork, down to the individually sculpted details such as the loading guns, battle damage, the tread on the wheels, light up function on headlights, and a dynamic damaged base showing the vehicle in the midst of battle!

For those who demand the very best, make sure to take home the ultimate in Batmobile collectibles, and showcase one on your desk today!