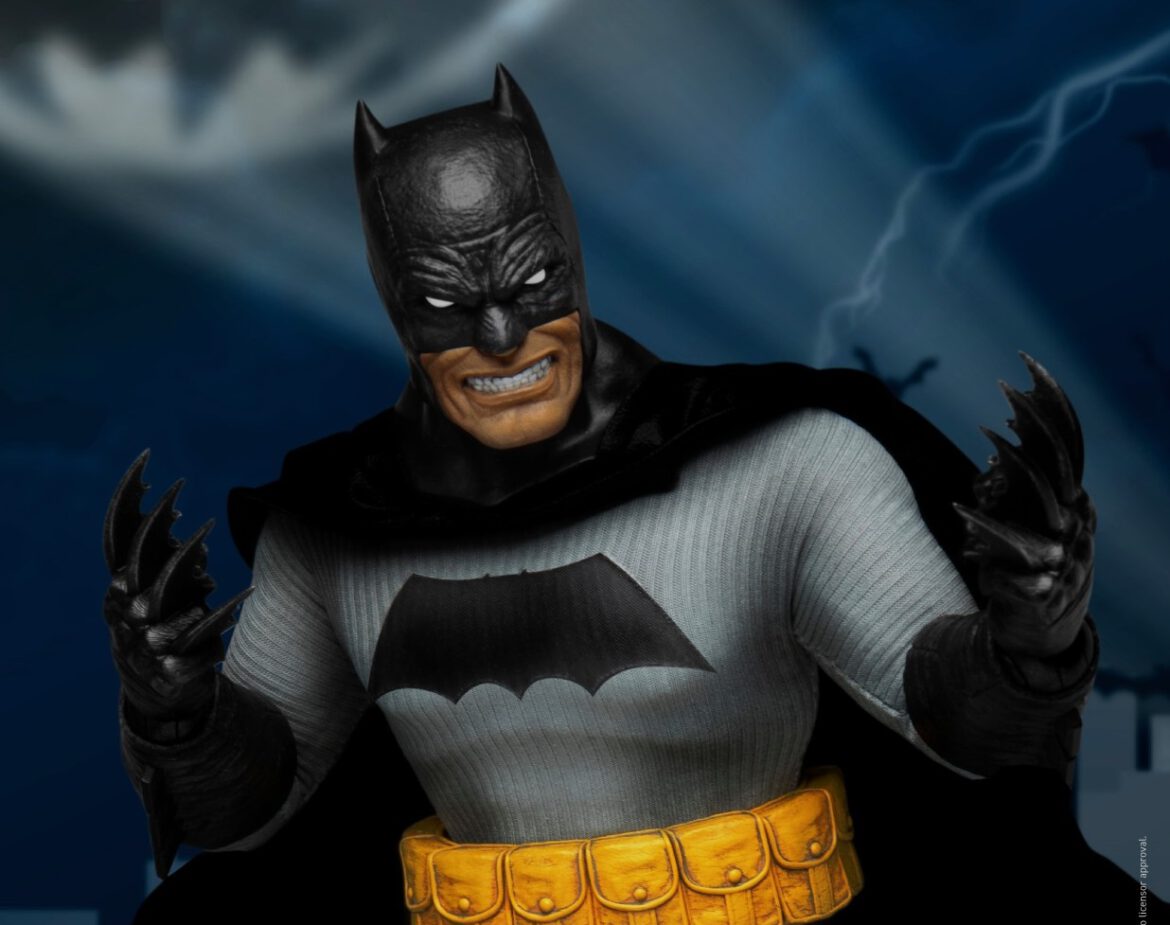 Beast Kingdom has released details for their latest Dynamic 8ction Heroes figure, which features Batman from The Dark Knight Returns. The one-ninth scale figure measures eight inches tall and features multiple head and face sculps, hands, and features a light-up function. The figure is priced starting at $87.99 and is expected to ship in January 2022. You can preorder the figure at Entertainment Earth.

1986 saw one of the most celebrated comic books in history get published. The now-classic ‘The Dark Knight Returns’ by the seminal author Frank Miller, is often regarded as one of the first successful adult graphic novels. A historic release, it takes Batman himself, now older and weary of the world to the darkest reaches of his mind, pitting him against the mutant gangs of Gotham and the Joker himself!

The Dynamic 8ction heroes series of highly articulable 1/9 design action figures, takes miniature realism to a whole new level. Beast Kingdom’s The Dark Knight Returns DAH figure brings to life a classic rendition of an old but still powerful Batman fighting to save the soul of his city, Gotham. Standing at roughly 20.5cm in height, the overpowering, strong physic of the aging Batman is accentuated with a form-fitting suit made of real fabric. The details, from the Bat logo down to the utility belt are faithfully restored. Using real cloth for the cloak also gives collectors ample ways for posing, in addition to the bevy of replaceable mouth and eyepieces, as well as a light-up eye function, allowing Batman to show a wide range of emotions. The included grappling gun and multiple replacement hands, as well as a dedicated base tops of this must-have set. For fans of the original graphic novel that changed an industry, make sure to grab yours today!