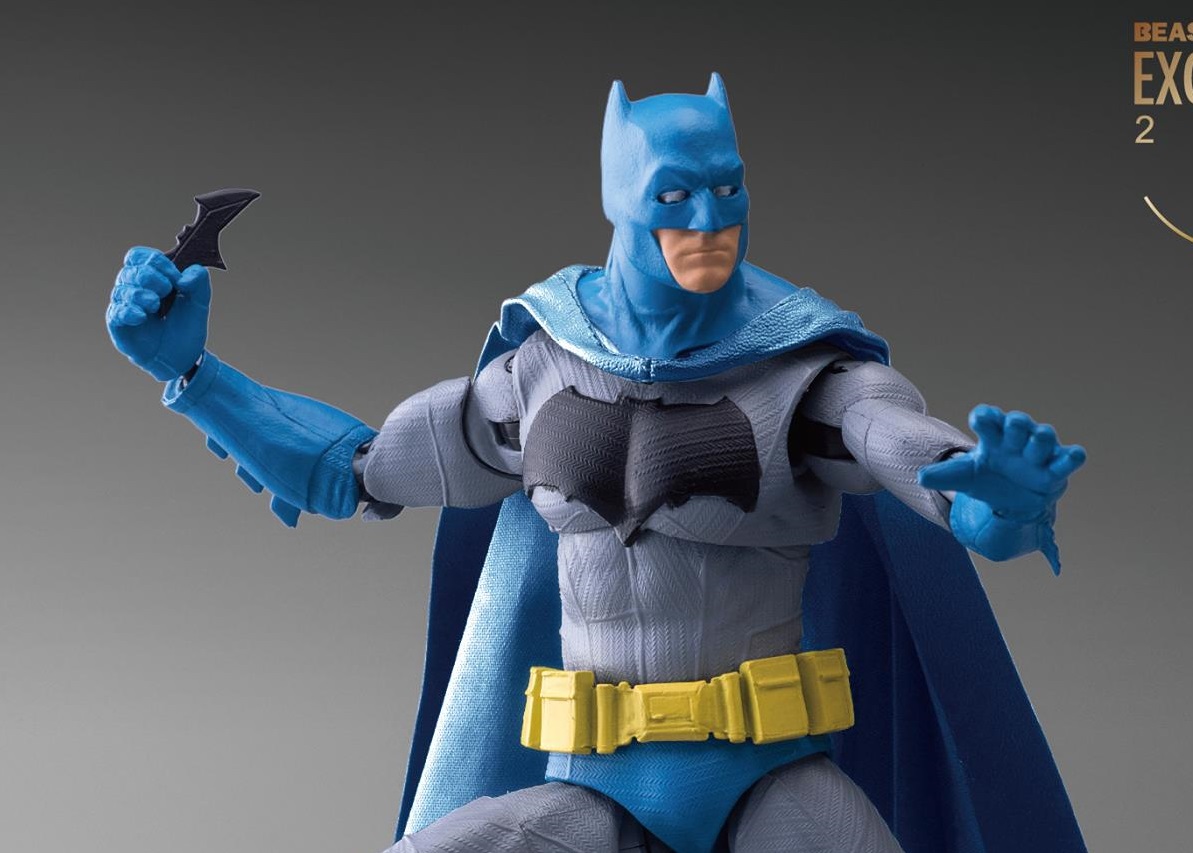 Whatever issues you may have with the DCEU, one thing we can all hopefully agree on is that Batman, and the Batsuit in particular, are a highlight of the films. Now in time for San Diego Comic Con, Beast Kingdom has revealed a variant of their Batman v Superman: Dawn of Justice Batman action figure that has been repainted in the classic Batman colors of gray and blue. The look is meant to be reminiscent of The Dark Knight Returns or even the Super Friends era. No details on price yet, but expect details soon.

Beast Kingdom is also releasing comic-based variants of their Superman and Wonder Woman figures which should form a nice trinity if you have them all on display. These repaints will be exclusive to SDCC 2018 so if you’re not in attendance your best bet will be finding them on eBay after the fact. If these do well maybe we’ll see repaints of the other members of the Justice League. Everyone loves an orange and green Aquaman, right?

Based on the movies “Batman v Superman: Dawn of Justice”, and “Justice League”; in honor of the classic appearance of the DC heroes from the original DC Comics. This series brings you modern action-figure collections of “Batman”, “Superman” and “Wonder Woman” with the greatest fidelity to the classics.

A perfect recreation of the classic colors from the original comics, with a body containing up to 24 points of articulations: you can easily place Batman into fighting poses of any difficulty. The multiple possibilities, available with diverse, interchangeable hands, the high-quality grapple gun and the alloy batarangs, shall bring the Dark Knight, descending as the very embodiment of justice, right before your eyes.