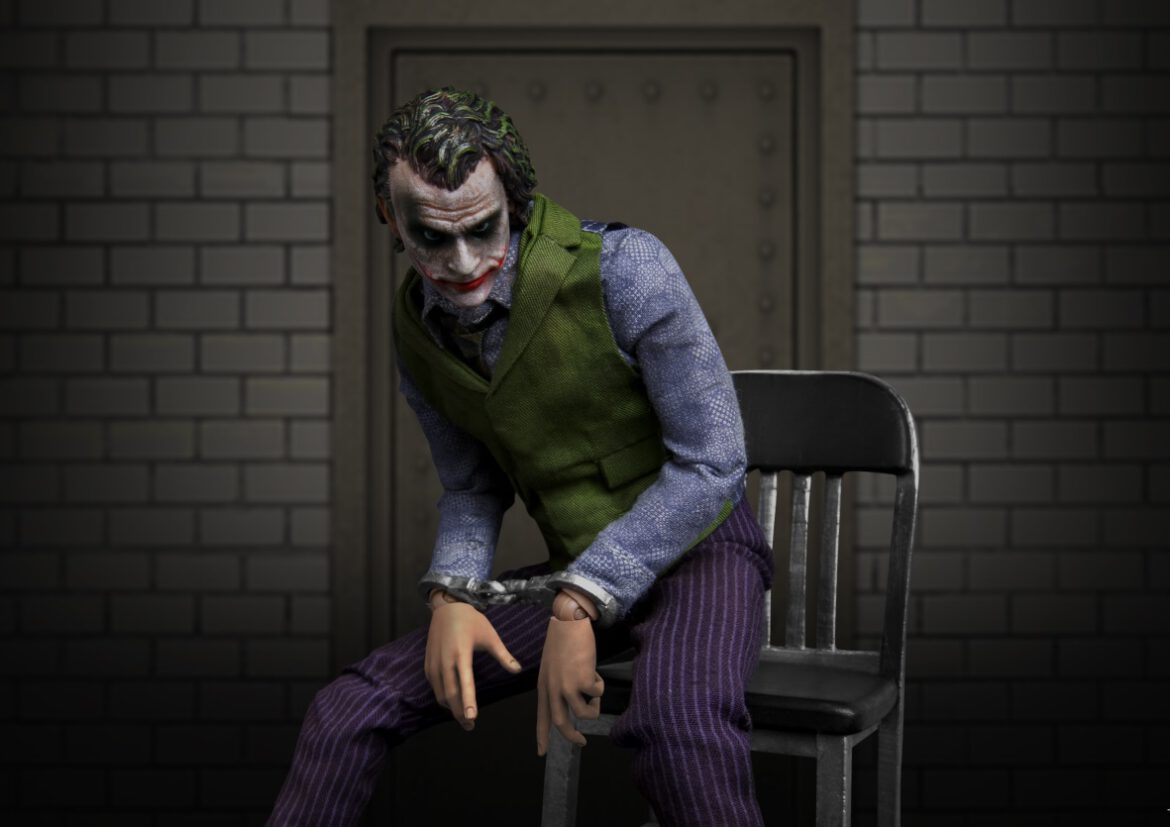 Beast Kingdom has released details for their latest 8ction Heroes deluxe figure, which features Heath Ledger’s Joker from The Dark Knight. The one-ninth scale figure measures about eight inches tall and features many interchangeable sculpts, hands, and accessories. The figure is priced starting at $99.99 and is estimated to ship during the second quarter of 2021. While it is available for preorder directly through Beast Kingdom or through Entertainment Earth as well. 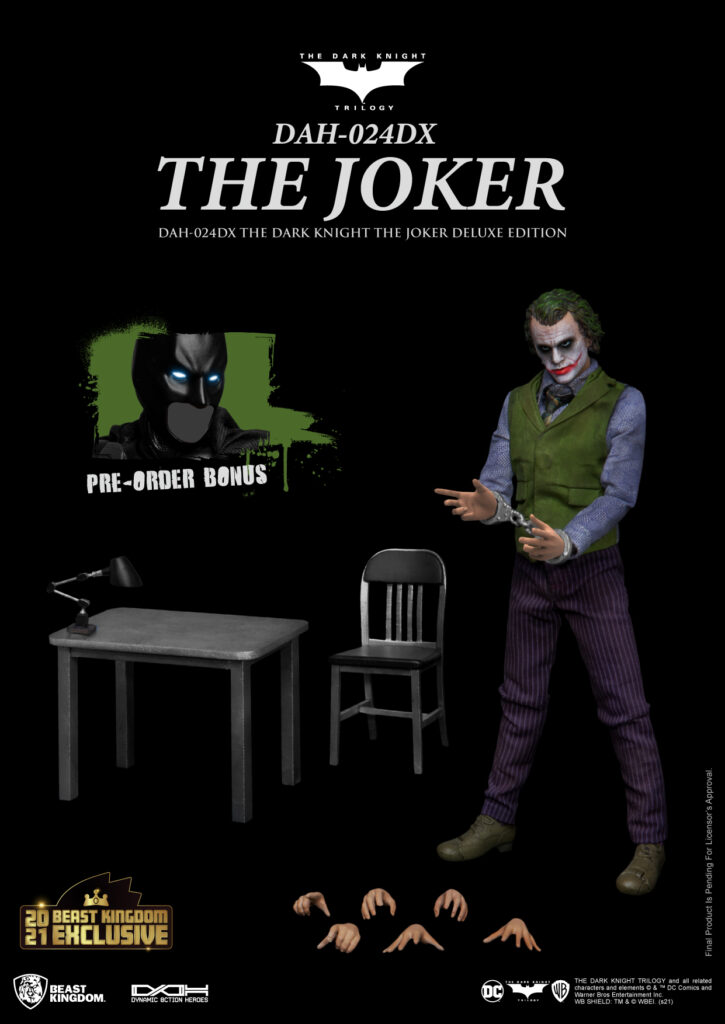 In the classic Dark Knight movie, Heath Ledger’s amazing portrayal of the Joker character was brought to life with such ferocity, it earned him an Oscar. The now-legendary interrogation scene between Batman and the Joker created such a dynamic exchange that it is forever etched into the memories of fans the world over. A simple exchange of words between the two quickly spirals into a deep and disturbing finale that sets the scene for the rest of the film and series as a whole. The crazed, maniacal look of the Joker with the washed-out makeup and worn-in clothes was a masterful setup that has yet to be topped.

The Entertainment Brand’s DAH (Dynamic 8ction Heroes) series of live-action, 1/9-scale action figures takes on the ‘Crown Prince Of Crime’ himself with the launch of the DAH-049 Dark Knight Joker, Deluxe Version. Bringing to life the entire setting of the interrogation scene, fans can not only enjoy a highly articulable figure, but can do so with the infamous chair and table used to initially torment the Joker, before he quickly gets to ‘turn the tables’ on the shocked Batman.

With 28 unique points of articulation, accompanied by a realistic, worn-in-looking set of clothes, using real fabric, fans can post the figure in any number of ways.

In addition, a number of accessories are also included, on top of the table and chair, such as a lamp, hand-cuffs and two Joker head sculpts, with different looks.

The set includes two special edition, exclusive accessories for the DAH-023, Dark Knight himself, including a head-sculpt of Batman with glow in the dark eyes, as well as a glow in the dark EMP rifle, only available in the DAH-024DX set.

The Joker deluxe set is a not to be missed collection of figure and accessories for fans of Heath Ledger and the Dark Knight movie. Make sure to find yours at an official Beast Kingdom outlet today!