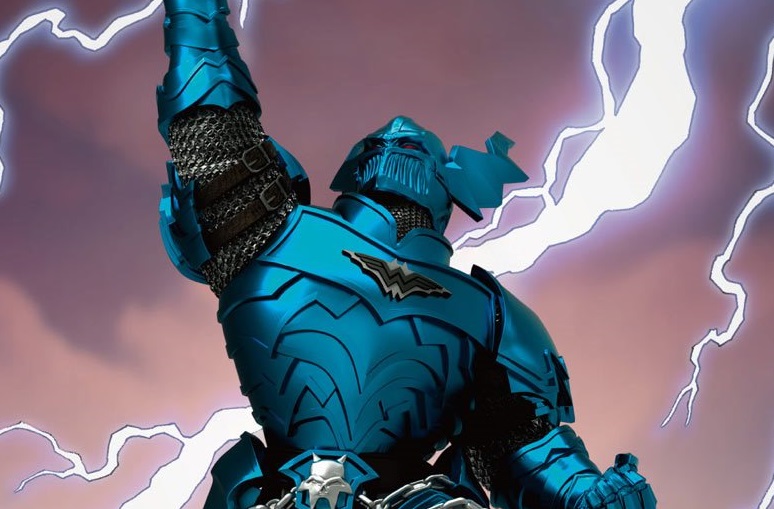 Beast Kingdom has released details for their latest entry in their D-Stage line, which features the Merciless from Dark Nights: Metal in a diorama. The diorama measures six inches tall and features awesome details with a full 360-degree display-ability. It is priced starting at $36 and is expected to ship between January and April 2022. You can preorder the diorama at Entertainment Earth.

In DC’s Multiverse Earth 12, new characters and new enemies take on the might of the Greek God of War ‘Aries’ himself. After defeating the god of war and donning his helmet, even after being warned of its corrupting influencers, the new Batman becomes evil and filled with rage. A ruthless new character, Batman The Merciless wages war on the whole world taking down anyone who gets in his way.

Beast Kingdom’s D-Stage 091 is a diorama of terrifying proportions. Bringing to life Batman the Merciless, a character with god-like powers. The armored villain is seen here adorned in his sea-blue armor and infamous helmet originally owned by Aries. The light and shadow effects of the comics are meticulously brought to life using the very best of painting and manufacturing techniques. The heavy-duty chains on the waist and thighs as well as the golden ‘God Killer’ sword are also accurately depicted.

For fans of evil takes on the Dark Nights, this is one diorama not to be missed.