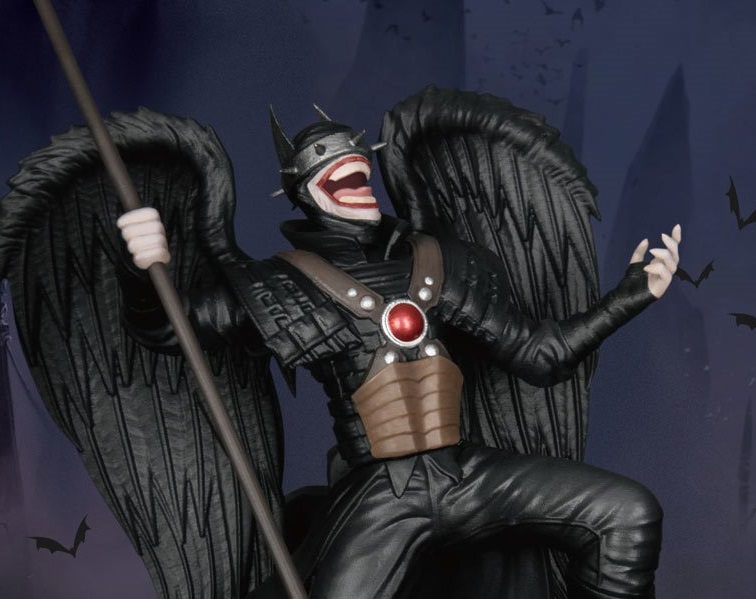 Beast Kingdom has released details for their latest entry in their D-Stage line, which features the Batman Who Laughs from Dark Nights: Metal in a diorama. The diorama measures six inches tall and features awesome details with a full 360-degree display-ability. It is priced starting at $36 and is expected to ship between January and April 2022. You can preorder the diorama at Entertainment Earth.

In DC’s Multiverse Earth 22, lies a dark and disturbing take on the vigilante, with the Batman Who Laughs. A new type of supervillain, he is the evil and alternative version of Batman within DC’s multiverse. A hybrid of Bruce Wayne and the Joker, created when the Joker learns of Batman’s identity and proceeds to take out of all of his rogues! In the ensuing battle with the Joker, Bruce Wayne is subjected to a purified form of the laughing chemical, slowly transforming the Dark Knight into a fusion of the Joker and the Batman. Combining Bruce Wayne’s intelligence and physical strength, with the Joker’s sadism and warped humor, the new, twisted character titled the Batman Who Laughs is most definitely a one-of-a-kind take!

Beast Kingdom’s D-Stage 090 brings the ‘Batman Who Laughs’ to life with the signature heavy metal-themed clothing, and sickle paired with a set of wings that really make the twisted, scary-looking character pop!
With meticulous painting and manufacturing techniques, and a focus on the light and shadow effects straight out of the comics, this is the diorama made for fans of the alternative Batman super villain!