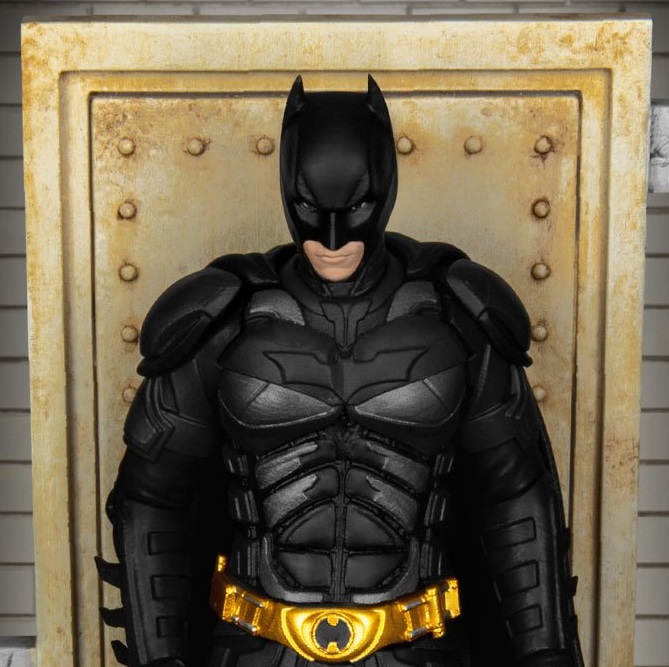 Beast Kingdom has released details for their latest entry in their D-Stage line, which features the Batman from The Dark Knight trilogy in a diorama. The diorama measures six inches tall and features awesome details with a full 360-degree display-ability. It is priced starting at $36 and is expected to ship between January and April 2022. You can preorder the diorama at Entertainment Earth.

Beast Kingdom’s ‘Entertainment Experience Brand’ is proud to introduce a new line D-Stage ‘Staging Your Dreams’ dioramas from the wonderfully dark world of DC’s Batman! The Dark Knight has always been at the core of the DC comics and movie universe, with vibrant characters that really give Bruce Wayne and his alter ego Batman a run for his money. Two of the most exciting and well-known outings in recent years have been arguably The Dark Knight Trilogy movies from Christopher Nolan, and the gothic Dark Nights series of comics. Two different mediums, yet two fantastic entries to the world of Batman!

Combining the two (separately sold) dioramas creates the ultimate portrayal of the movie scene, just before viewers get to see the soon-to-be life-long enemies interact. Bringing to life these two iconic characters, with a focus on detailed costumes, both include a branded base and backdrops straight out of the movie. A fantastic pair of dioramas for fans of the Dark Knight movie.