Will He or Won’t He? The Latest Updates on Affleck’s Batman Film 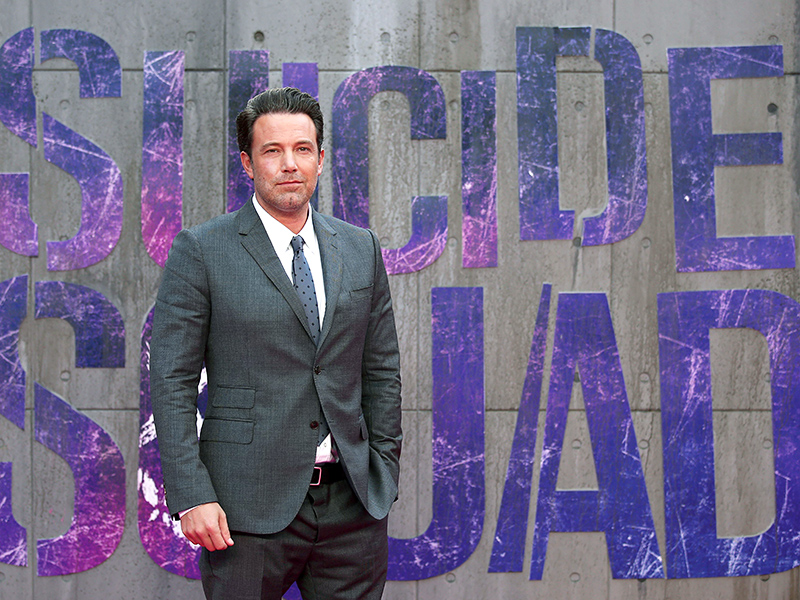 So, just to make sure we get 2017 started off right, we already apparently have some controversy heating up for the solo Batman film in the form of whether or not Ben Affleck will direct the next installment of the Dark Knight saga. In fact, there seems to be some question as to whether or not he will be involved with the film at all. We at TBU will take you across the timeline of recent rhetoric to see if we can sort out who will actually be behind the cowl – and the camera – when the solo film will start shooting.

The whole thing seemed to come to a head earlier this month as Affleck made several public appearances promoting his latest project, Live By Night. The film, from a novel by Dennis Lehane, is set in Prohibition era Boston and naturally suits Affleck’s taste. But in an interview with The Guardian released on January 1, Ben mentioned that as far as solo Batman film was concerned, directing and starring was still the plan. “But it’s not a set thing and there’s no script. If it doesn’t come together in a way I think is really great I’m not going to do it.”

Cue the collective fanboy sigh of exasperation. Not going to do it? What about the fact that BvS is already on DVD and Justice League hits theaters this November? Firstly, this writer believes that Affleck’s comments are only in reference to the idea of directing the movie. Not mentioned anywhere in any interview or commentary is the idea that Affleck is probably likely to be contractually bound to portray the Dark Knight going forward. If not, Warner Bros. has severly hamstrung themselves when it comes to shaping the DCEU across coming films.

What is definitely true is that production on the Batman film has been pushed back, at least until summer 2017. This is not entirely uncommon, but it does raise eyebrows and seems to indicate that Affleck, at the very least, is unsatisfied with the state of the script. To take anything more than that away from this latest update on the status of the film would be to jump to conclusions. And if early reports are true, that Affleck and DC Universe architect Geoff Johns are working on the script together, it only bodes well that they take the time needed to bring something truly great together that will feature the DCEU’s first appearance of Deathstroke.

Meanwhile, still promoting Live By Night, in a video for IGN on January 6, Ben talks extensively about working on the script for the film.

“There’s great stuff in it now,” Affleck said. “It just needs to get better and better. It’s the same way I felt about (Live By Night) when I was prepping it, it’s just that no one was asking me questions because nobody gave a shit, because there wasn’t any click-throughs.”

Anyone who has seen this particular video clip can see that Affleck is visibly frustrated by the amount of attention being paid to a project he hasn’t technically even started while doing promo work for his baby. And you can hardly blame him. More to the point, as a fellow Bostonian, this reporter is willing to interpret this type of response for the rest of the country as actually reassurance that Affleck plans to go forward with the Batman film as the lead and director, as planned. There is simply a bit of a learning curve, even for a seasoned veteran like Affleck, when it comes to the amount of attention and deconstructive analysis that every comment will garner once you’ve signed up to take on such an iconic role.

Apparently, that’s exactly what Ben thinks as well. On January 9, Affleck had this to say on Jimmy Kimmel Live.

“I’m going to direct the next Batman. We’re working on it,” Affleck said. “It’s one of those things that’s really frustrating because Live By Night took me a year and a half to write it, and get it ready, and I worked really hard. And nobody gave a shit! No one was like ‘where’s Live By Night?!’ But with Batman I keep getting ‘where’s the f*cking Batman?!’. I’m like bro, I’m working! Give me a second.”

“Superhero movies get the level of attention that is nothing like any film I’ve done. You cast the 14th lead in these movies and the Internet goes crazy,” Affleck says. “I understand and embrace that. That’s part of the pressure that comes with doing it. That’s why I am not going to do it, unless I really feel confident about it. But when that day comes, should that day come, I’m sure that’s going to be the most pressure, the most stress I have ever experienced in my professional life,” he says. “There’s no doubt.”

Again, you can hardly blame Affleck for issuing caveats to the status of the Bat-film. 2016 saw the critical slamming but financially solvent Batman v Superman (Affleck is largely credited for holding that movie up, for the record) and an appearance in Suicide Squad. This November, Justice League will release. So by the time the Batman film hits theaters, Affleck will have already appeared as the character three times. There is a lot to be apprehensive about, not the least of which is whether fandom fully accepts his portrayal of the Dark Knight after League breaks this fall.

The truth is that right now Affleck is hedging his bets when it comes to the solo Batman film. But it’s impossible not to see that he wants to do the film. He also wants it to be more than acceptable; he wants it to be exceptional. This writer can’t help but applaud him for allowing for more than one eventuality when it comes to who will direct, and possibly star in, the next adventure of Batman.

Got a tip as to how The Batman will proceed? Let us know in the comments below!