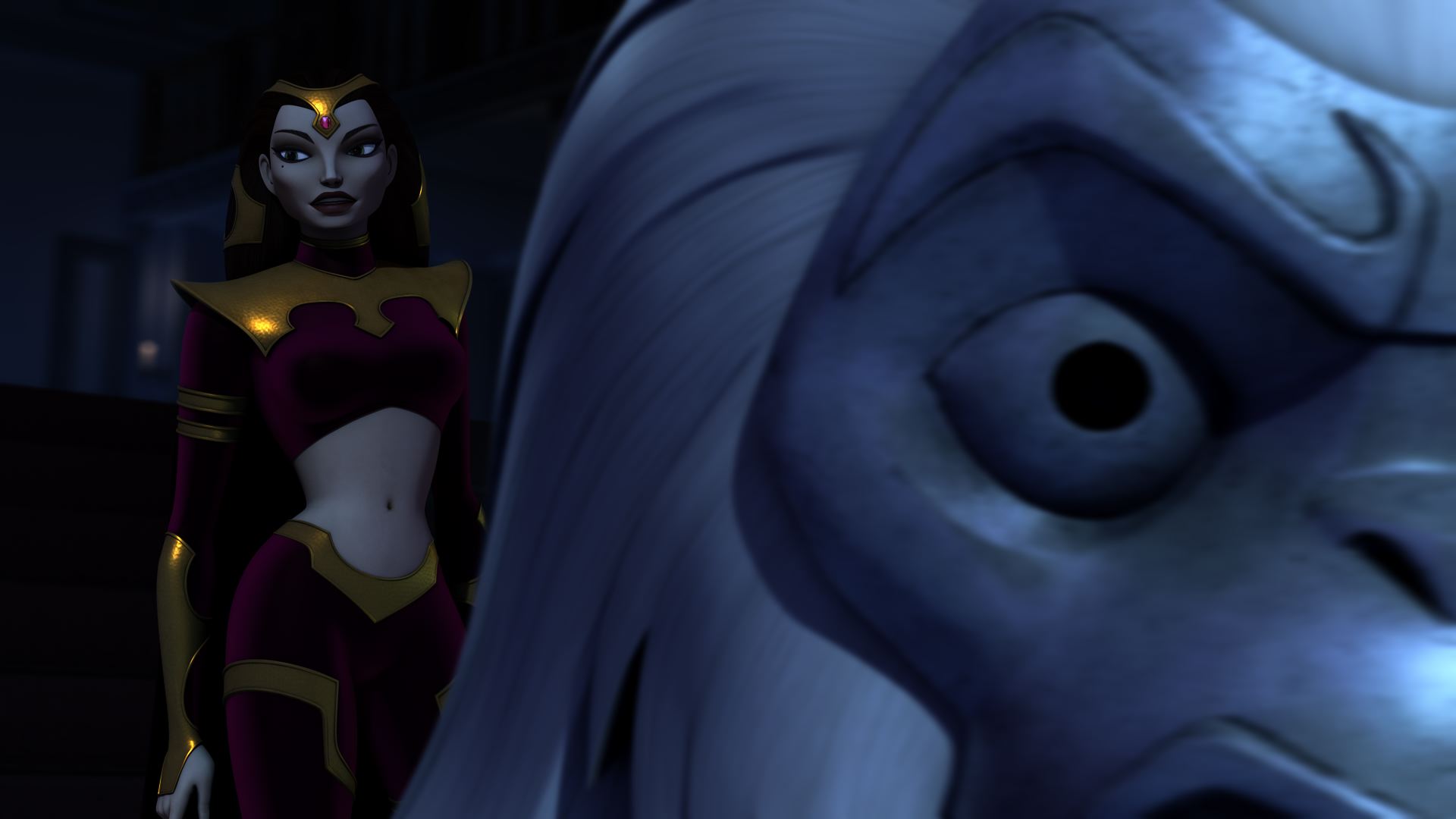 “Family” begins with Batman and Katana facing off with Silver Monkey and ninjas from the League of Assassins. A smoke bomb is thrown and we jump back to “Six hours earlier.”

Bruce Wayne and Dr. Ravencroft are on a date discussing the mysterious Argus Club. Bruce is hesitant about it, but Dr. Ravencroft promotes it heavily.

Meanwhile, Katana waits in the car. All of sudden Silver Monkey appears. They fight. Silver Monkey warns her that he does not wish to fight her; he just wants the Soultaker’s Sword back. Katana informs him that she will not give it up. The next thing we see is the car in flames.

After this event and talking it over with Alfred, Katana comes clean about her past and what she has been hiding in Wayne Manor. Bruce is very upset. Alfred takes the blame and offers to resign. Bruce accepts his resignation, and he tells Katana that he accepts her resignation as well.

Bruce then storms out and meets Dr. Ravencroft at her office. She tells him she knows just what he needs and takes him to the Argus Club. There we learn of her betrayal. She has delivered Bruce Wayne into the clutches of Silver Monkey.

Silver Monkey calls Katana and tells her he has Bruce Wayne and to bring the sword to him to save him. She does come with the sword, but not for a swap. She plans to fight to save him. Bruce Wayne makes a speech about having nothing to do with this squabble. Silver Monkey agrees and shoots him with a crossbow. Bruce Wayne falls out the window and onto the lawn, apparently dead. Now Katana is apparently alone in her fight against the League of Assassins, but this gives Bruce Wayne time to change into the Batsuit. Alfred happens to be conveniently on the lawn waiting on the lawn to assist him. Batman rushes in to help, but the plot thickens, as Lady Shiva arrives to stop Silver Monkey’s would-be attempt to betray her and the League. All of this sets an action packed end to this episode and a key moment between Batman and Katana.

This is an action packed episode. Most of the episode depicts fight scenes, and, as mention in previous reviews, the fight scenes are well animated. This bodes well for this episode because the action is one of the few things this show gets right. Other than that there a few minor plot holes to gripe about. How did Alfred know to come help Batman? Would Katana really take the time to tell him? And, was Alfred really ever let go? Or was this just part of Katana’s “test”?