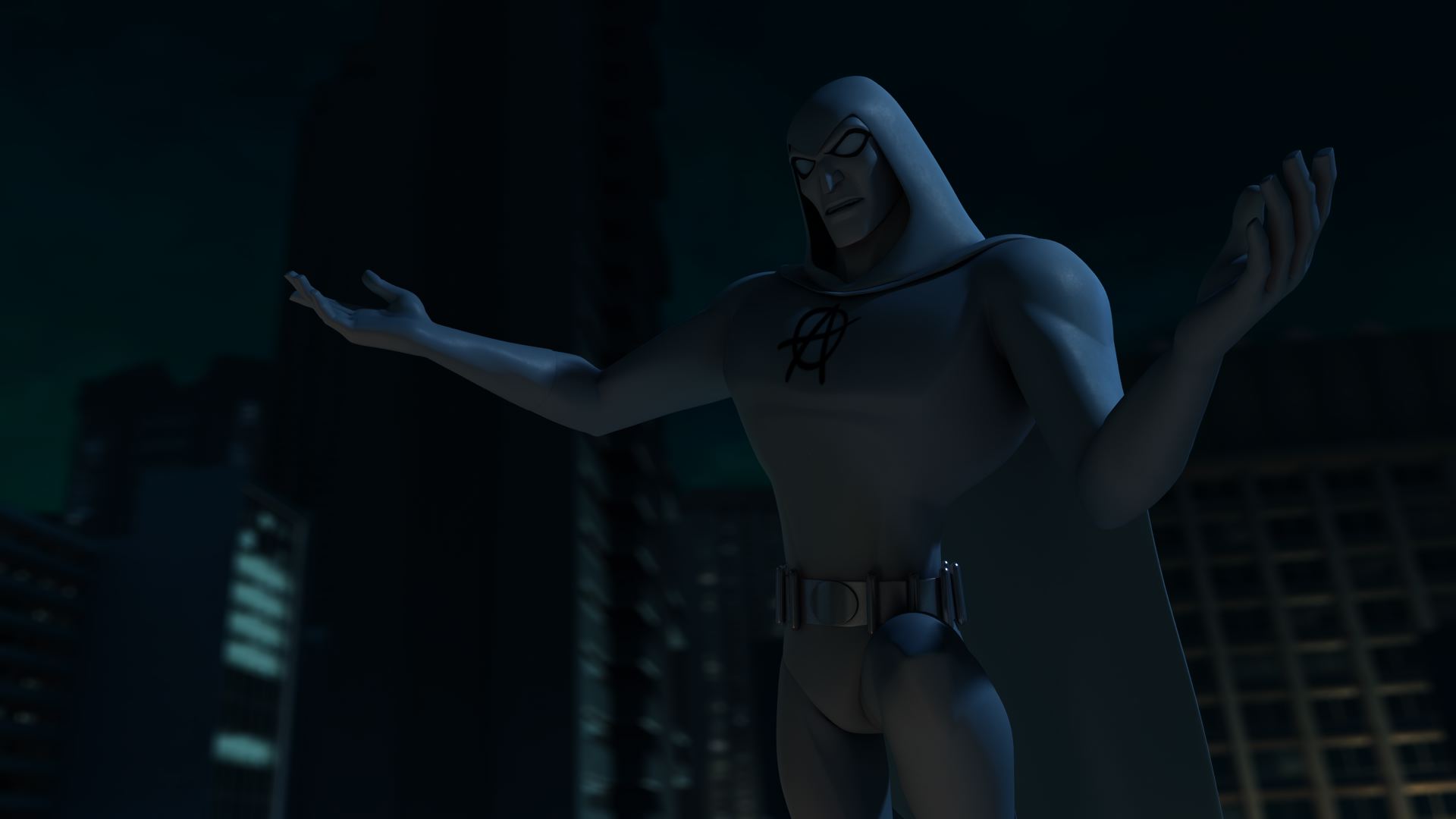 Warner Bros. has sent over episode details for the next episode of Beware the Batman which will air this Saturday, July 27 at 10AM ET/PT on Cartoon Network during the DC Nation block.

Synopsis: A new villain has come to town to challenge Batman for control of Gotham City: Anarky (WALLACE LANGHAM).  Resembling a ghost image of Batman, Anarky prides himself on his brilliance – and intends to prove it to Batman by manipulating a pair of unsuspecting pawns to do his bidding.  But Anarky’s real plan is far more devastating:  seeking to create a disaster seen by all of Gotham and proving once and for all that even the great Batman is powerless to protect his fair city from the clutches of Anarky.