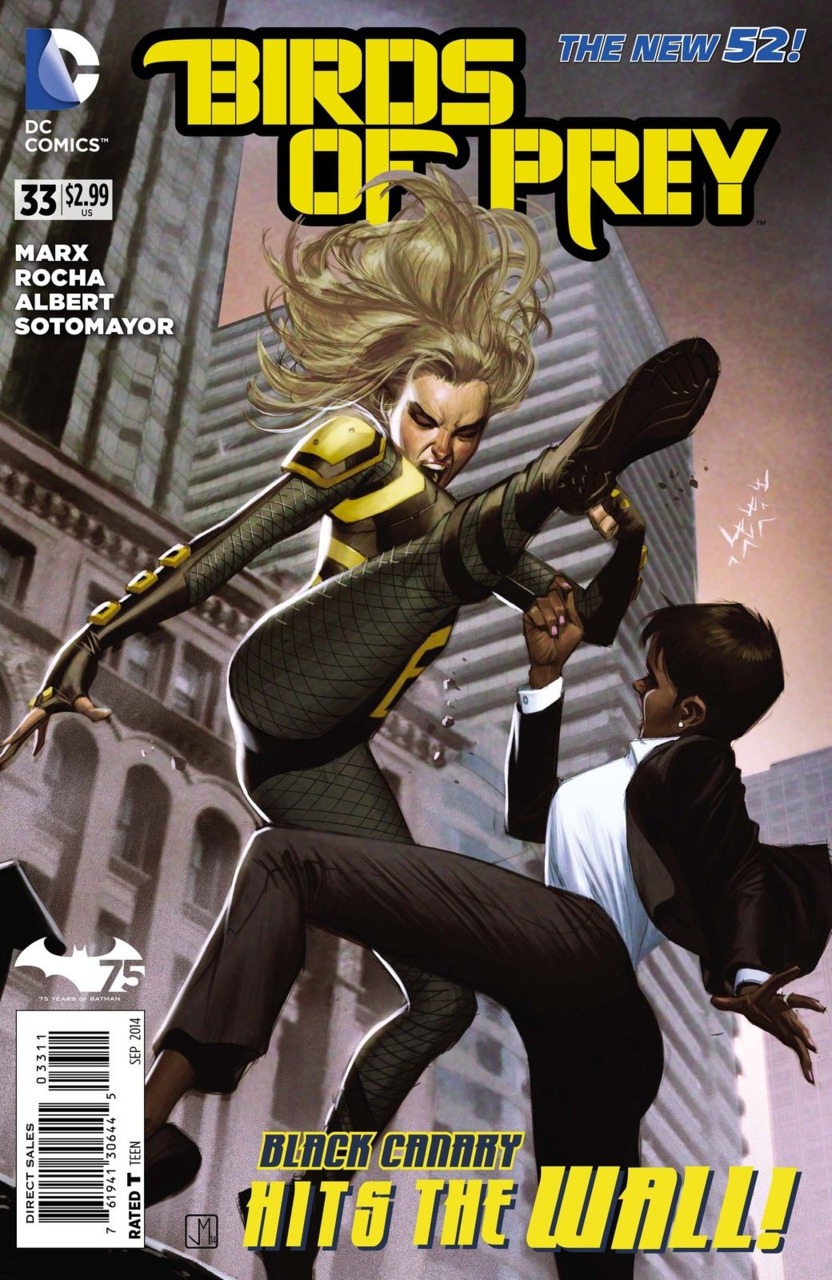 This is my first time ever reading Birds of Prey, and I can already see why it's getting canceled. Not that it's an awful book, it's just not all that great. The problem with this book, is that it's far too reliant on another book that was canceled after just a few issues. Very few people read Team 7. Why bring in story lines from a failed concept, if you want your own book to last?

Another problem, is that it's hard to relate with the Birds of Prey. Mostly because most of the interior monologue, is coming from Amanda Waller, who is on the opposing team. We get a little bit from Batgirl, which makes it feel like a Batgirl comic. We get a tiny bit from Canary, but I feel it's just things she would repeat out loud. I think it would work better coming from Strix… The Talon, and member of the Birds WHO CAN NOT TALK. This would be so much more effective, and would add some humanity to her character.

Robson Rocha takes care of the art, and it's… inconsistent. Some panels look great, as he puts a lot of detail & line work into his drawings. And then others… The characters look like they took a semi truck to the face, and are disfigured.

Dr. Mambety is caught in the crossfire. Both the (not New) Suicide Squad and the Birds of Prey have been sent to rescue him. I'm not sure why or what from… Harley and Batgirl get into it, setting off an all out brawl (was that panel sideways… Why?)

Canary stops the fight, and calls for Amanda Waller. Waller steps out, and after Canary announces that she has Kurt Lance, flies off with Waller to fight. This starts another brawl between the teams. Dinah is upset at Waller for keeping him being alive a secret from her, making her still believe she killed her husband. Waller agrees to tell her the truth, but it won't be pretty.

This is mostly just a fight issue. Dinah is completely overreacting, and it just doesn't work for the story. Which is why this book only has one issue left. (Yay, Gotham Academy!)