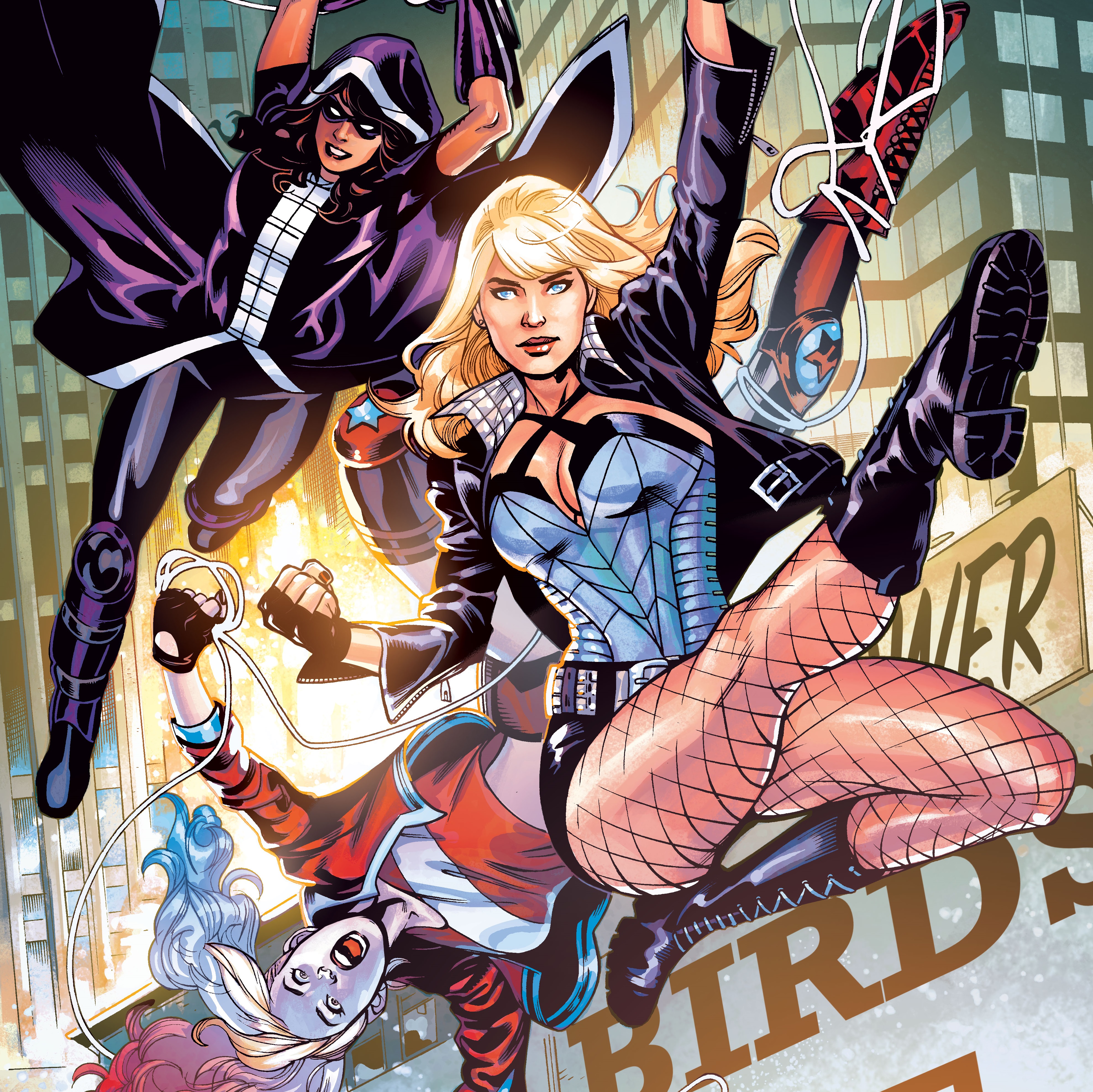 DC continues to make a ton of announcements regarding new projects in the coming months. This time around, Birds of Prey is the focus. A new team is forming and features Black Canary, Huntress and Harley Quinn. The three team up to face off against “Las Esposas de la Muerte”. Interestingly, that phrase directly translates to “The Handcuffs of Death” while we at TBU believe that the phrase is intended to be a different interpretation.

The new series will be written by Brian Azzarello, who for a long time was rumored to be heading up a new Suicide Squad series after the previous iteration ended earlier this year. He will be joined by the art team featuring Emanuela Lupacchino, Ray McCarthy and Trish Mulvihill. The new series will release on a monthly schedule.

Black Canary’s life has spiraled out of control: her personal life is going through the wringer and her band is in crisis. An old flame resurfaces only to flicker out and set Dinah on an all-new mission against an all-new opponent: Las Esposas de la Muerte. The only thing Dinah can be grateful for is the fact that she’s not alone, as Huntress finds herself on a collision course with Black Canary’s quarry at Detective Montoya’s urging. Meanwhile, Harley Quinn has resurfaced outside of Gotham City and out of the Suicide Squad, with a new lease on life that is sure to make everyone’s life more complicated. And that’s only the first five pages of this dynamic new ongoing series!

Birds of Prey #1 hits stores on October 30 and will also have a card stock variant available as well. Be sure to check out the first cover for the series along with some interior art above.