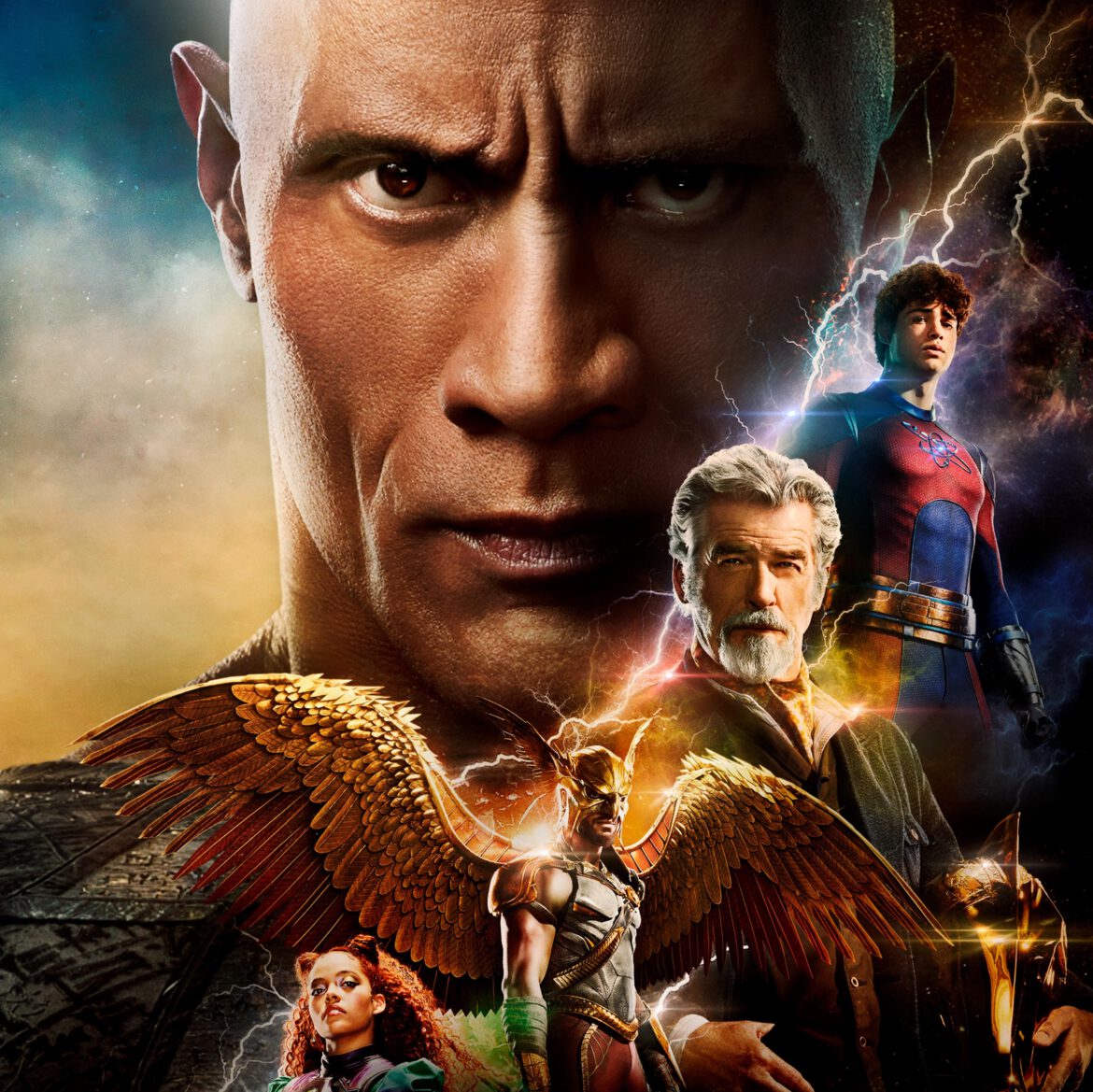 Overview: Dwayne Johnson finally gets his chance to change the hierarchy of the DC Universe in Black Adam (2022) and stars as the titular character alongside Aldis Hodge, Sarah Shahi, and Pierce Brosnan as they try to protect Kahndaq from an ancient demon.

Synopsis (spoilers ahead): As Black Adam (2022) begins centuries ago in Kahndaq, a young boy is given the powers by a wizard named Shazam giving him powers to stop the tyrannical reign of Anh-Kot, who wields the crown of Sabbac, which gives the wearer great powers.

Present-day Kahndaq is oppressed by Intergang as Adrianna Tomaz, along with her brother and colleagues, are on the search for the crown of Sabbac. As Adrianna finds the crown, she is betrayed by her friend Ishmael who is revealed to be the leader of Intergang. As Intergang threatens her for the crown, she reads an ancient incantation and awakens Black Adam from his slumber. Adam kills the Intergang troops, except for Ishmael, and allows Adrianna to get away with the crown.

Dr. Fate has a vision of the future involving the crown as Adrianna attempts to get the JSA and Adam to work together as Ishmael has kidnapped her son to trade him to get the crown. Ishmael is revealed to be the last descendant of Anh-Kot and wants the crown to reclaim his birthright. As Ishmael goes to shoot Adrianna’s son, Adam saves him but, in the process, kills Ishmael.

It is revealed that the original champion of Shazam centuries ago was Adam’s son. He was the champion that took down King Ahn-Kot, and he is the one whom the statue in Khandaq is built for. Ahn-Kot killed the champion’s family, but Adam’s son saved him and gave him the powers of Shazam. Adam’s son is killed and, in a fit of rage, kills the king and destroyed the city. Shazam deems Adam unworthy and imprisoned him. Adam tells all this to Hawkman and will go with him without a fight. Hawkman and Fate turn Adam over to be imprisoned in a Task Force X facility under the ocean.

Dr. Fate has another vision that the battle is not over. It is revealed that Ishmael let himself get killed by Black Adam so he could be reborn as the champion of Sabbac and have demon, godlike powers. The JSA goes to stop him as the people of Kahndaq take on the undead that has risen. Fate goes to fight Sabbac himself and puts up a force field to keep out Hawkman, Atom Smasher, and Cyclone. As Fate is fighting Sabbac, he sends a projection of himself to Adam, alerting him of what is happening. Adam escapes the prison as Sabbac kills Fate and the rest of the JSA join the fight.

In a mid-credits scene, Amanda Waller warns Black Adam to stay in his country or else. Black Adam lets it be known that there is no one on this planet that can stop him. Waller says she doesn’t need anyone from THIS planet as Superman (Henry Cavil!!!) shows up and says they should have a chat.

Analysis: Black Adam (2022) is an action movie, first and foremost. There are cool fights, big explosions, and big punches. The Rock promised big, and he delivered. I am excited to see more of Black Adam in the future, whether he is taking on Superman or Shazam or both at the same time. This movie is most definitely rewatchable because of the fight scenes. The first fight between the JSA and Black Adam was a highlight of the movie for me.

While the movie is heavy on the action, it is light on story, and that is ok. Black Adam is a character that is not well known to the general audience, so there had to be more exposition than usual so we can learn who this guy is and what he is about. In the comics, Black Adam is known to honestly only care about if the people of Kahndaq are safe and protected, and I believe we got there in this film.

The JSA was a standout for me. Aldis Hodge and Pierce Brosnan were great as Hawkman and Dr. Fate, and they had great chemistry together. You could tell that they had worked together in the past and had a terrific back-and-forth. If DC ever wants to do a JSA movie led by Hodge as Hawkman, I will be one hundred percent there for it.

Editor’s Note: We hope you enjoyed this review of Black Adam (2022). Black Adam is in theaters now, and you can buy your tickets now.

All in all, it was a good action movie led by a genuine movie superstar. The future of DC Films and the shared universe has been talked about nonstop on the internet, but I feel that is a baby step in the right direction.