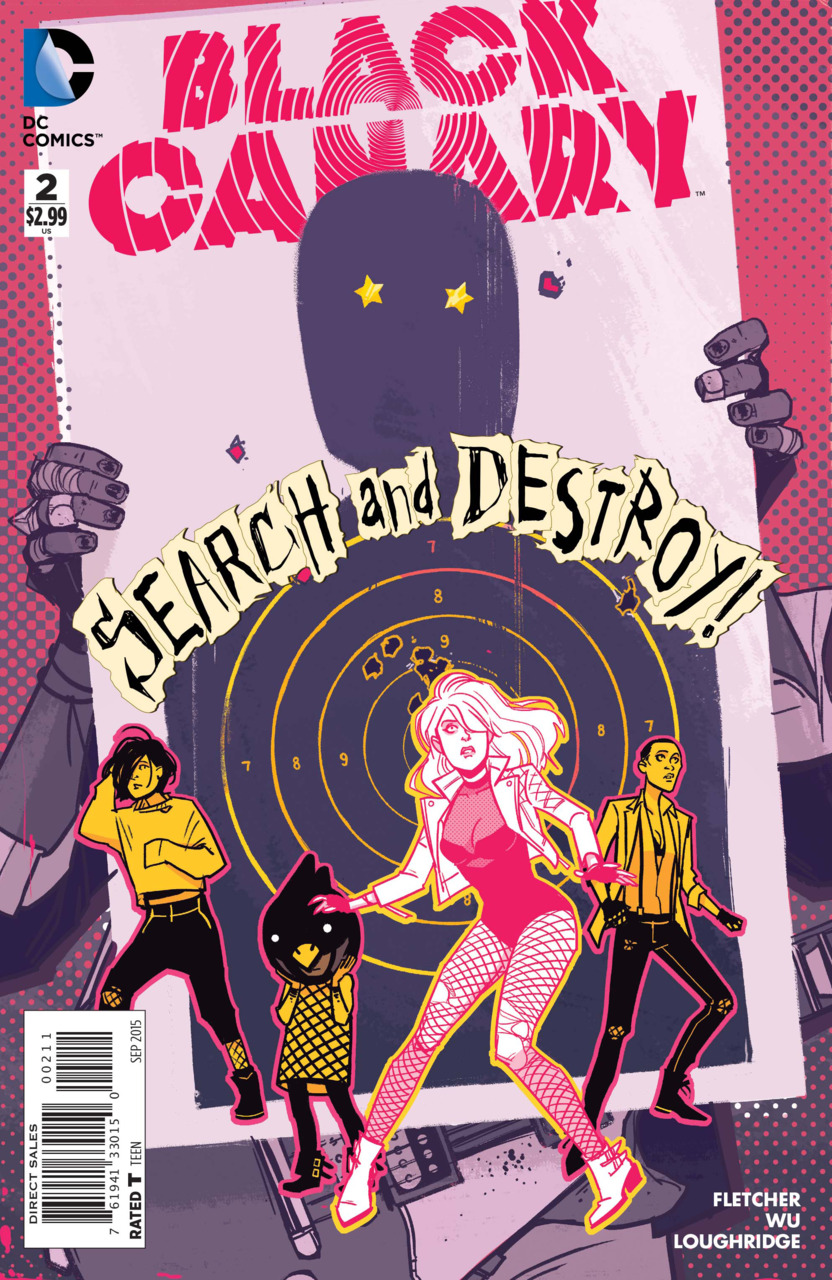 I must let you know, I have little knowledge of Black Canary. I was one of the people DC lured in with their New 52 relaunch. Yes I’ve gone back and read what you would call the “essential” reads, but Black Canary doesn’t really have much in terms of that. I know Dinah primarily from the Justice League Unlimited series I grew up watching as a kid. I felt like I knew her even better after seeing her mentor the kids in season one of Young Justice (still waiting for season two to come on Netflix). I know she is a supporting character on Arrow, but I just can’t bring myself to watch that show. I read some New 52 Birds of Prey, but I didn’t think it was a good book. I recognized her Easter Egg in Arkham City when I played that. What I’m saying is, I know her about as well as you can know a fictional character that is just in the background… A lot. I never really gave her much thought before. With this comic she has of her own, she is quickly becoming one of my favorite characters. DC has struggled for a long time on promoting their female characters, and it seems they are coming out of that now, while at the same time branching out and trying a new genre, and it’s magic.

As fun and engaging as Brenden Fletcher’s story is, the art team steals the show in this issue. Annie Wu’s storytelling is amazing. I know she’s busy as a storyboard artist, and that she’s taking a bit of a break coming up soon, but I hope she doesn’t leave this title because she is such a great part of it. I also don’t want to sell Lee Loughridge short on his coloring work. He does such a great job in his storytelling as well. That’s right, even colorist can add some storytelling. What I find amazing, is that the writer AND the artist left it up to the colorist to tell certain parts to the story, and even more amazing is that he nailed it. He got the point across in a way where he was the only one on the team capable of doing it. If this were an audio drama, he’d be the background noise that you hear, but aren’t listening to, BUT also add to what is going on in the story itself. The whole thing is just amazing. Please get this book. I don’t know what else to say to you. It’s such a great book.

Dinah is fulfilling her promise to the band at the end of last issue, she’s training them in order to protect Ditto. When we drop in on them, she’s teaching them how to shoot at an abandoned gas station. The group doesn’t really want to shoot, but they say it can’t be worse than doing hand-to-hand combat training, as we see a flashback of Heathcliff getting his butt handed to him by Dinah. When Ditto is practicing playing her guitar, Heathcliff freaks out, saying he saw something. Dinah decides they should leave, and they find out that Paloma is a really good shot.

Dinah dyes her hair with Ditto nearby while the rest of the band wait outside. They hear one of their gear being played, and attack the intruder in their bus, only to realize it’s their old singer, Meave. Paloma seems to like her better than Dinah, but Meave literally runs away when things get heated.

The band makes a stop at a music shop, and Ditto and Dinah start playing with sound through guitars as well as Dinah’s voice until a mysterious figure appears behind Ditto because of the sound. Dinah tells the group to get the people out of their while she fights this person. They immediately put a vocal inhibitor around her neck, and (my favorite part) she beats them up using two flutes as escrima sticks. I’d make a pun here, but I’ll spare you. Dinah gets the inhibitor off, and the fight continues until she is able to knock him out. She removes his helmet and…. It’s her husband. Kurt Lance.

Also included – a cool bio page that helps you get to know the whole band better, and an awesome Black Canary tour 2015 poster that I want on my wall. Make it happen DC!