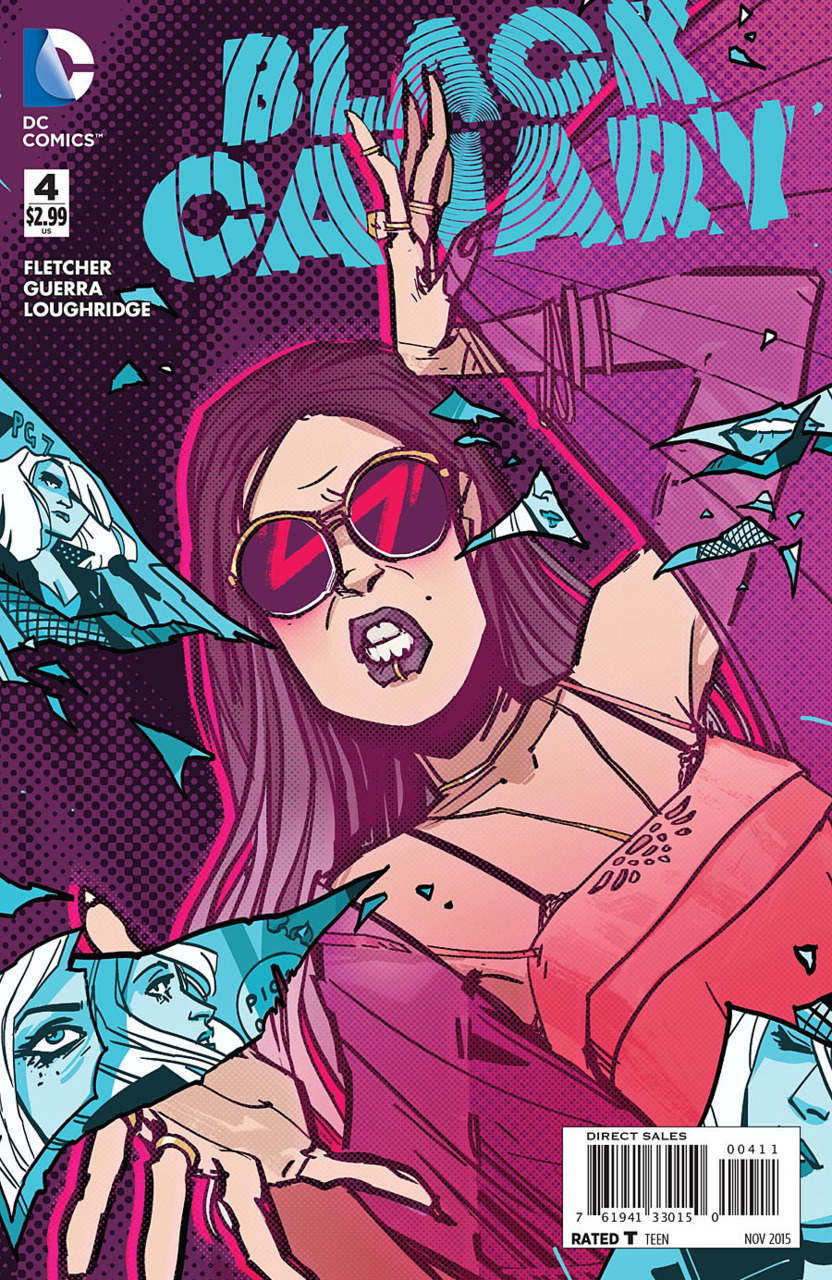 This issue did have me kinda nervous, with Annie Wu not being the artist on it. But Pia Guerra did a fantastic job in her place. Her storytelling was very good, and her art was similar enough it wasn’t jarring to read at all, and I think the whole thing will look great in trade form. It is slightly less engaging than past issues, but I feel that’s because of the focus on Meave. We get a series of flashbacks throughout the story explaining her story up until now. However, I do feel like the ending of this issue does make things interesting moving forward and it does make for a memorable moment. I am still enjoying this comic, and I still encourage you guys to try it out if you haven’t already. It’s one of DC’s funnest books, and so far, I haven’t seen anything in this book to tell you to keep it away from your kids.

The story picks up right were it left off, with Meave driving to a place to turn Ditto in. Meave is quite the chatter box, and is able to fill the conversation all on her own without breaking a sweat. She’s showing Ditto mock pictures of her solo album, soon to be released (I think she should go with the third option, but that’s just me).

Dinah is searching all over, beating people up, trying to get information about where Ditto could be, but not having any luck. Meanwhile, Meave stops at a gas station – and being the best kidnapper in the world – buys Ditto a chocolate bar. She tries to make a phone call via the public phones outside, and while on hold tells Ditto of tales from her past through a flashback in a very self aware and comedic way… She grew up in a loving family. And although they didn’t have much money, her parents encouraged her to use her talents. She contributed to the family’s finances, but felt used, and struck out on her own. Striving to be the best, Byron and Paloma came into contact with her, and they started a band. Kicking butt everywhere they went… Or at least in the mind of Meave they were. Meave then takes a break, as they get a hotel room for the night, and she teaches Ditto some dance moves, which is easy for her, as she does live up to her name.

Dinah stops at a gas station asking help from the clerk, but he can’t show her anything without I.D. Dinah spots a man attempting to steal a woman’s car, and she quickly takes him out and makes him apologize. At the hotel, Meave gets her phone call returned and agrees to meet with them within the hour. Another flashback shows us Meave not cooperating with the studio to the point that they try to pay her for the breach in contract so they can hire another singer… That being Dinah, pushing Meave into jealousy and anger. Everyone loved Dinah’s voice, but Meave didn’t know why it was so special. She sets fire to the studio, and was the one person who saw Dinah put the fire out with her Canary Cry, and when she found out Ditto is responsible for giving her that ability, she had to have the same advantage.

She meets up with Amanda Waller and a group of soldiers, and in the exchange, a ninja lady clad in white fights off the soldiers and takes Ditto. We see Dinah, as she has found the room Meave and Ditto were just at, but she’s too late. She turns around to find Ditto standing in the doorway, and the white ninja looking over them (I really hope this isn’t Dinah’s sister – White Canary from Arrow). On the final page, we see Meave has been taken in by Waller’s crew. They inject her with a serum, and she lets out a cry, shattering the glass encasing the room.