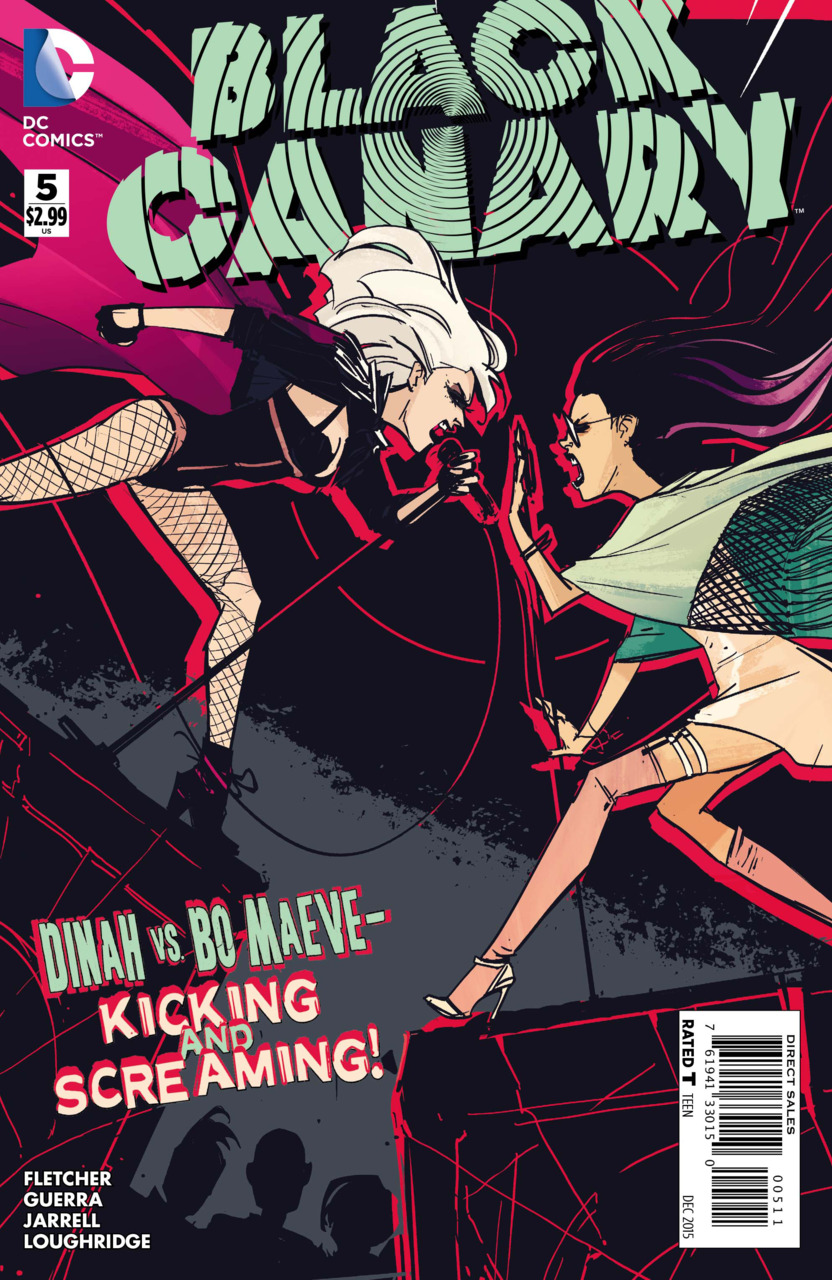 There comes a certain phase in our life that we all hit  – where we feel like an outcast from our family. It can take various forms and levels; from being completely shut out from everyone in form of punishment (whether deservedly so or not), or just feeling like the “black sheep” of the family. In either case, the feeling caused by this can have a great emotional effect on someone. Causing a drive that can push a person in a direction of their own choosing. Do they want to make themselves better, or go down the rabbit hole of self-destruction? I don’t mean to sound too preachy here or anything, but this is the theme I’ve taken from Black Canary this week. There are many characters throughout that are driven because of their relationship with their family situation.

This kinda struck a chord (pun intended) with me, because I am the “black sheep” of the family. I’m the one who is most different than everyone else, and has trouble fitting in at times. HOWEVER, this does not mean that I am not close to my family. I am extremely close to them all. My two younger sisters are probably my best friends in the world. We’ve been through so much together, and we all know how the other thinks.

Brenden Fletcher touches on this point with many characters this issue. Byron clearly has the most positive relationship with her family – despite being different from them. Paloma apparently has some family issues, as she doesn’t even let them know she’s in town. Something happened in Dinah’s past, and she lost her family. She then tried to create one with Kurt, and then that fell apart. Even Kurt is driven from his lack of memory of once having a family with Dinah. Ditto is a huge question mark… In more ways than one. And Maeve struck out on her own early (probably because she felt like an outcast from her family), and continues to be driven from the sacrifice she made. This whole group is pushed together, whether good or bad, because they feel the need to have a family – and now they’ve created one together with their band (or I’m Maeve’s case – lack thereof).

Pia Guerra is on art again this issue, so still some solid stuff from her. She had some assistance from Sandy Jarrell, who did a few pages at the end. While the style was different, Lee Loughride’s colors kept the flow without missing a beat (again, pun intended). And I love the storytelling that Fletcher and fellow artists hand over to Loughridge when the music kicks in. I feel it has a far superior effect than anything the letterist or penciler could do.

Black Canary finishes another amazing show, and Dinah gives a heartfelt speech about how awesome everyone in the band is, and they hug it out. Kurt watches from the side of the stage, and wishes he was in the hug too.

Later that night, the band head to their next show (isn’t Byron, Paloma, and Maeve’s hometown), and camp outside since they are out of label money. This is how they afford their rock n’ roll lifestyle (Ba-dun-cha!). Kurt is nervous about being so exposed outside with everyone trying to capture Ditto. They are safe… until later that night when the white ninja returns. She takes a sample of Dinah’s blood and escapes in the forest night.

The next morning, the band have a signing at the local record store when a bunch of bands show up, and hijack their show for that night, demanding a battle of the bands. Heathcliff accepts to bring more money to the venue, as they owe the owner. Black Canary doesn’t get why these other groups are trying to steal their show, and figure out their anterior motives when another band decides to show up unexpectedly… Bo M – Maeve’s new band! As she blows them away with her new and improved voice!

As solid as the story was, and as good as Guerra is, I couldn’t help but think how much better it would have been with Annie Wu’s art and storytelling.