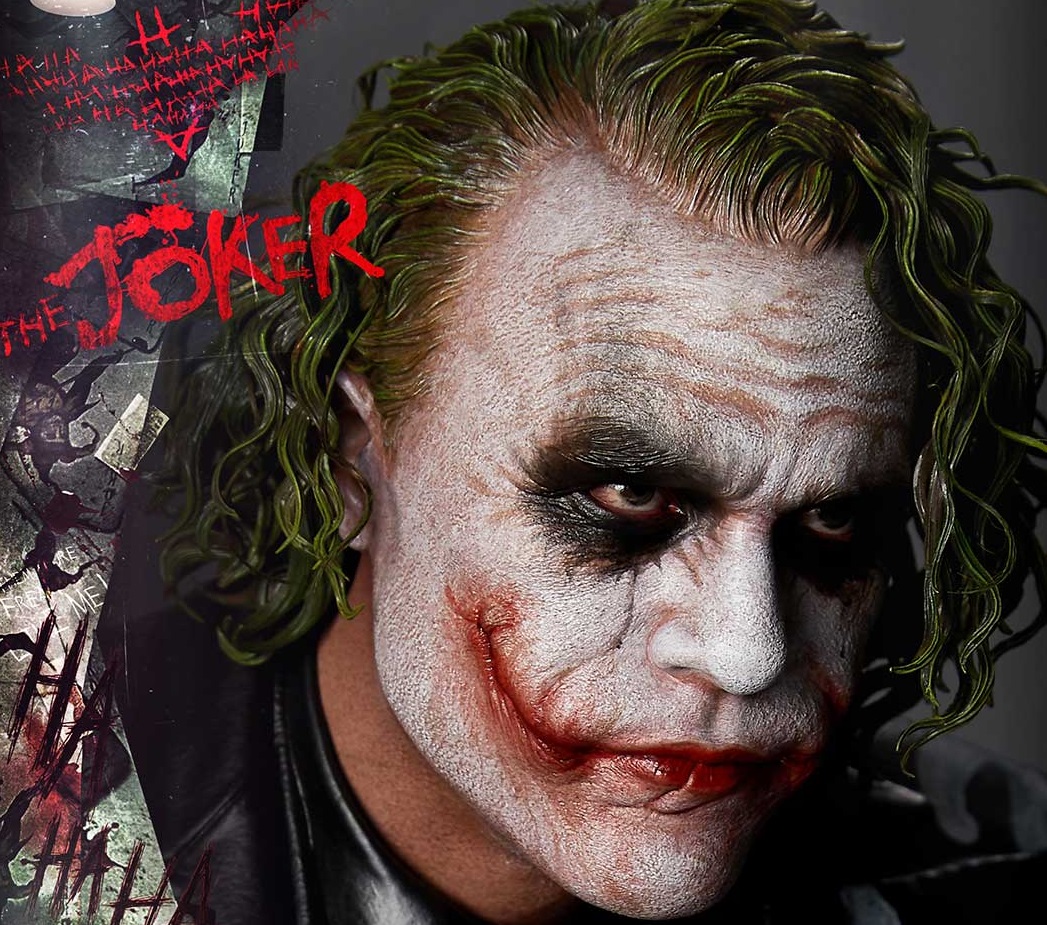 Blitzway has announced details for a unique bust that not only stands on its own, but also can act as an interchangeable part for Prime 1 Studio’s Joker statue.  The bust is based on the Joker’s appearance in The Dark Knight. The one-third scale bust measures about ten inches tall and features a life-like appearance and Joker playing cards. It is priced starting at $299 and is expected to ship during the fourth quarter of 2021. You can preorder the bust now at Entertainment Earth and Sideshow Collectibles.

“If you’re good at something, never do it for free.”

Blitzway and Prime 1 Studio are honored and proud to present the latest addition to the Museum Masterline Series. PBDC-08: The Joker, from Christopher Nolan’s tour-de-force: The Dark Knight (2008).

With The Dark Knight, Heath Ledger instantly established himself as the most compelling and iconic Joker in cinema. Already a choice movie part for any actor, The Joker, as done by Heath Ledger, was in a class all its own!

And to reflect the genius that permeated Heath Ledger’s interpretation of The Joker, Prime 1 Studio reveals its latest offering. Coming in at 10 inches tall, Prime 1 Studio’s Joker Bust captures the essence of Heath Ledger as The Joker. The way he looks at you will inevitably pierce your soul. Blitzway has sculpted The Joker with the utmost respect to Heath Ledger. Their subtle and reverential painting style creates a mysterious aura and quality design.

Blitzway has crafted an extremely accurate detailed likeness, life-like hair, and Dark Knight-themed base. In addition, this bust comes with the Playing Card from Batman Begins and the Joker portrait, which are compatible with our MMTDK-01/01S The Joker 1:3 Scale Statue!

Blitzway and Prime 1 Studio have combined our artistry, passion, and commitment to The Dark Knight series to bring you the most definitive Heath Ledger Joker on the market.

An absolute grail piece for The Dark Knight and The Joker fans everywhere!