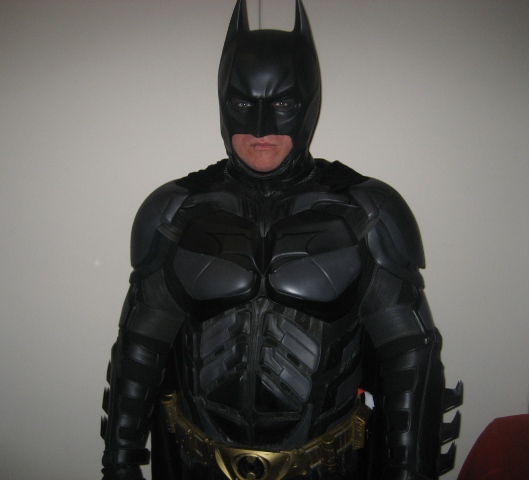 A friend of mine once operated a couple of tables at the local flea market. He sold collectibles and such and told me I should check it out some day. So, one day I did and I was struck by the wide “variety” of people that populated such gatherings. I remarked to my friend’s wife that this place would make a fine “anthropological” study. It wasn’t meant as a compliment.

I recalled those words as I walked about the Boston Comic Con this past weekend. And now as I reflect upon those words I realize I was being a bit harsh. Believe me there were all types in attendance at this Con. But instead of looking down my nose at them I’ve come to see these people in a new light.

These people are having fun. They are following their passion and running wild with it. I saw Ghostbusters, Imperial Storm Troopers, X-Men and various other super heroes. Batman was there of course and various Robins too. In fact Robin in all his iterations was quite popular. Some of these costumes were quite good. Ok, not only good but amazing. There is a lot of hard work going into this realization of a passion for these people.

You should have seen the looks of the kids attending this conference when they had their picture taken with their heroes. Pure joy and it’s not only the kids. The adults that posed for pictures were having a great time too. Not just the grown up kids in their civilian clothes but the costumed bunch also. Basically they were celebrities for a day. Beaming from ear to ear they were more than happy to have their picture taken. And it happened endlessly. When it was appropriate our costumed avengers also snarled at the right times or held up a mighty fist or pointed heroically. I should have taken a picture of what I think was Black Canary and her escort Bane. If not Black Canary then Ms Marvel, either way she fit her costume to a “t” with all the appropriate “assets”. I just had a feeling if I took the wrong kind of picture the Mr. Bane would have sent me hurtling across the venue.

So who were the real heroes here? The fans of course. From the cheerful vendors, to those plying the comic book trade, to those living out their fantasy in costumes and to the throngs who were just taking it all in.

If you get a chance to go to a Comic Con, do it.

Next up, the artist and writers.