Batman Teaming Up with the Scooby Gang in New Animated Film 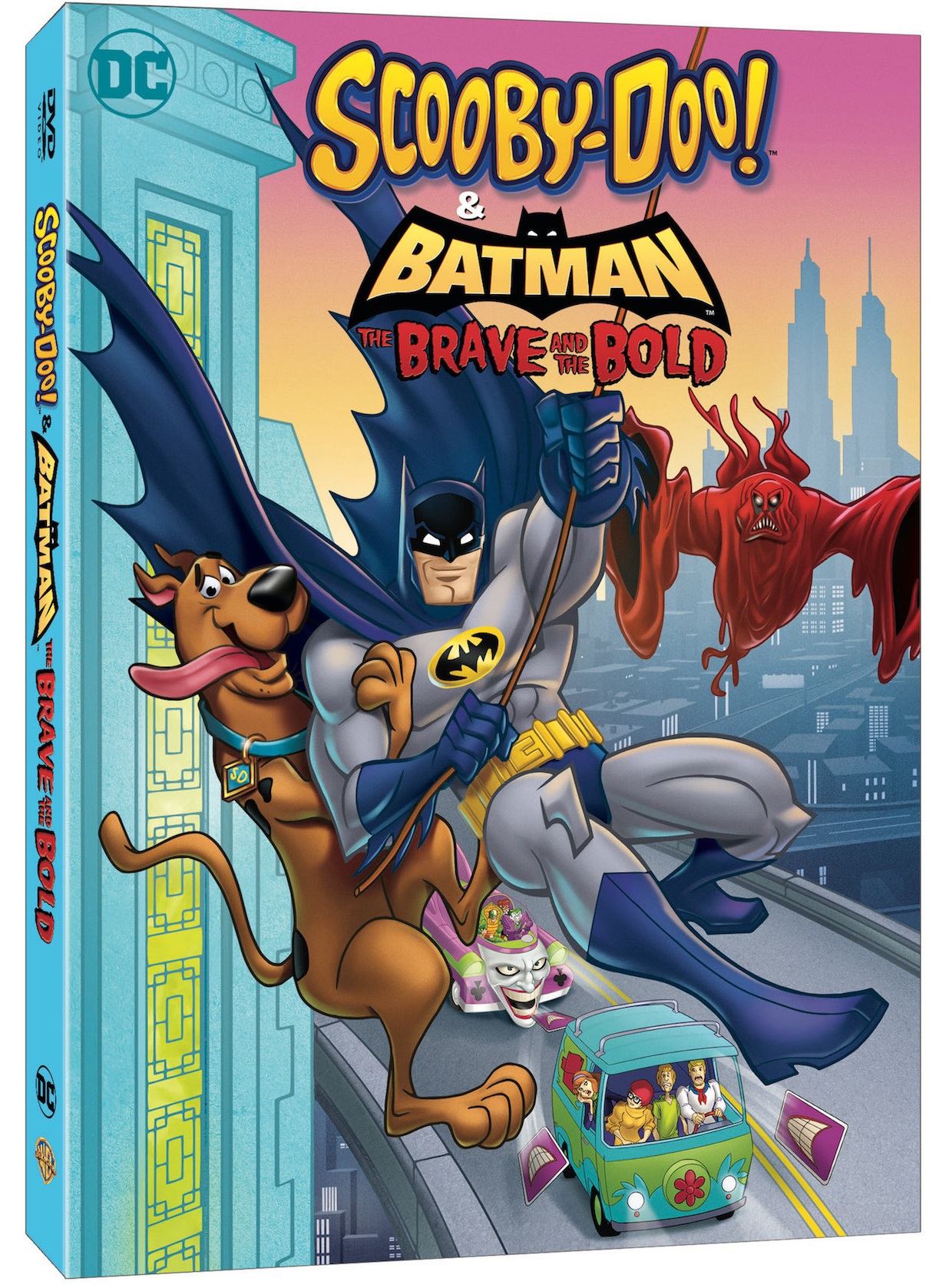 Despite initial apprehension from fans, Batman: The Brave and the Bold turned out to be a fun throwback to classic Batman stories along with enough winks and nods to fans proving the writers had just as much love for the character as their viewers.

Now fans will get another chance to see this interpretation of the character when he teams up with Scooby-Doo and the gang in a team-up that may just rival that of peanut butter and chocolate. Scheduled for release on January 9, 2018, Scooby-Doo! and Batman: The Brave and the Bold, will release digitally and on DVD.

From the trailer, it seems as if the Mystery Inc. will be inducted into Batman’s own mystery solving club (which boasts the deductive power of Detective Chimp, amongst others) and will team up to fight villains from both franchises including Poison Ivy, Harley Quinn, Clayface, The Joker, Riddler, Ghost Clown, Spooky Space Kook, and Miner 49er.

If those villains aren’t enough to be excited about, the film will also include the Brave and the Bold versions of Black Canary, Plastic Man, The Question, and Aquaman (Outrageous!).

Super sleuths Scooby-Doo, Shaggy, Fred, Daphne and Velma join forces with the world’s greatest detective, Batman, when they discover that villains from both of their respective rogues’ galleries have also combined efforts to terrorize the city. With Scooby snacks in tow, the crime-fighting teams encounter classic Batman foes (Joker, Catwoman, Riddler, Penguin, Scarecrow, Poison Ivy, Harley Quinn) and allies (The Question, Aquaman, Plastic Man, Martian Manhunter) along with a bevy of fiends from Scooby-Doo lore (Spooky Space Kook, Gentleman Ghost, Miner 49er, Ghost Clown). As always, you won’t know who the ultimate villain is until those “meddling kids” pull off the mask!

Avid Scooby-Doo fans know this isn’t the first time the Caped Crusader has partnered with Mystery Incorporated. Forty-five years ago, Batman (and Robin) were the featured guest stars in a pair of The New Scooby-Doo Movies. Premiering in 1972, the renowned detectives worked to solve crimes together in the hour-long television movies entitled The Dynamic Scooby-Doo Affair and The Caped Crusader Caper.

Jake Castorena directs the teleplay by Paul Giacoppo, based on a story by supervising producer James Tucker. Michael Jelenic is the producer. Executive Producer is Sam Register. Benjamin Melniker and Michael Uslan are Executive Producers.

Check out the trailer below and let us know your thoughts? Is this one animated version of Batman you’re glad to see back or is it original animated series Batman or bust?