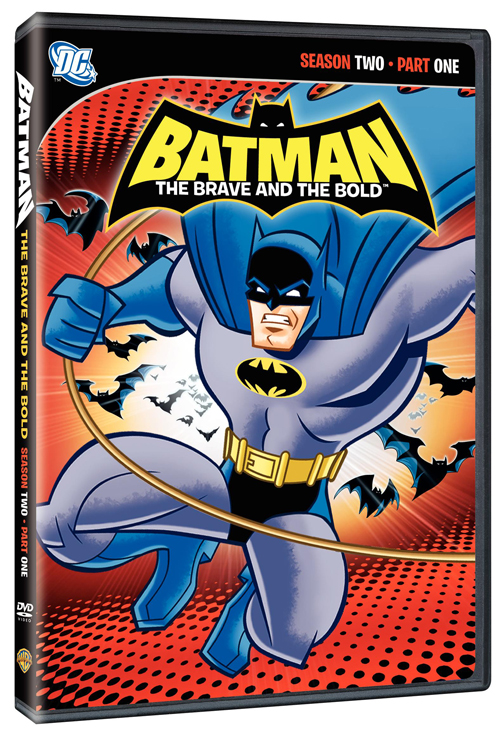 Warner Bros. has announced today that Batman: The Brave and the Bold Season 2 Part 1 will be coming to DVD on August 16, 2011. Here are the details that were provided along with the cover art.

Batman: The Brave and The Bold – Season Two, Part One

Batman wings into an exciting new era, teaming with a mighty honor roll of DC Comics Super Heroes in this action-packed series. Through the show’s season two 12 Animated Adventures in this 2-Disc Collection, the Dark Knight allies with Aquaman, Plastic Man, Blue Beetle, Red Tornado, Green Arrow, Wildcat, Deadman, Bronze Tiger and Atom to take on an array of evildoers ranging from mad scientists to intergalactic crooks, from power-mad dictators to out-of-control teenagers.