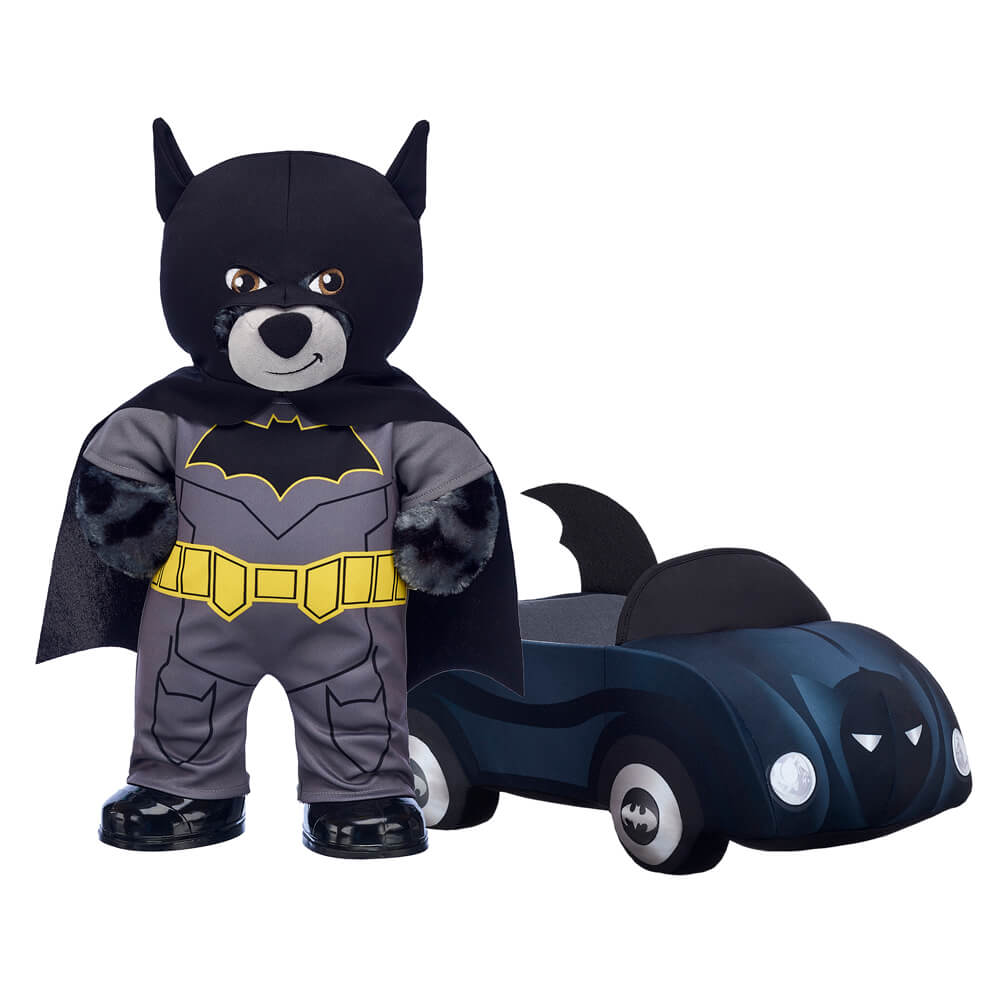 Build-A-Bear, the chain of stores that allows children of all ages to make their own furry companion stylized to their tastes, has joined in on the Batman 80th anniversary fun. Yes, Bat-Fans, you can now make your own Batman family bear!

There are several Batman-related bears available from the past that will be making their way back to stores, but there are also three new bears being released for the first time. Build-A-Bear has listed a Batman bear that resembles the comics version, one that resembles the 1966 Batman television series, and a new Joker bear. All items are available now. Here are the details for the new items made available for the first time.