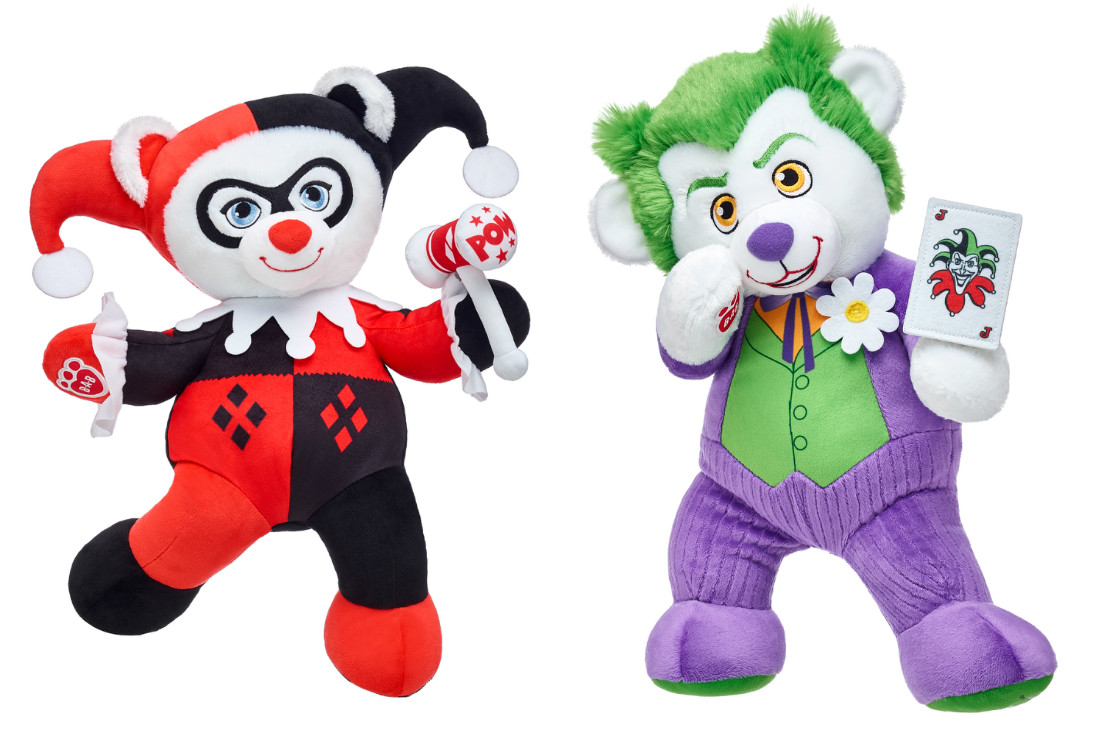 Build-a-Bear has revealed some new additions to their growing group of bears. Just in time for Batman Day, Joker and Harley Quinn will now be available exclusively online for $35 each. They each come with their very own exclusive accessory as well. As an added bonus, if you purchase the Joker or Harley Quinn bears, you will also receive a copy of the DC Super Hero Girl Batman Day Special Edition issue, while supplies last.