Editorial: What’s in a Name? 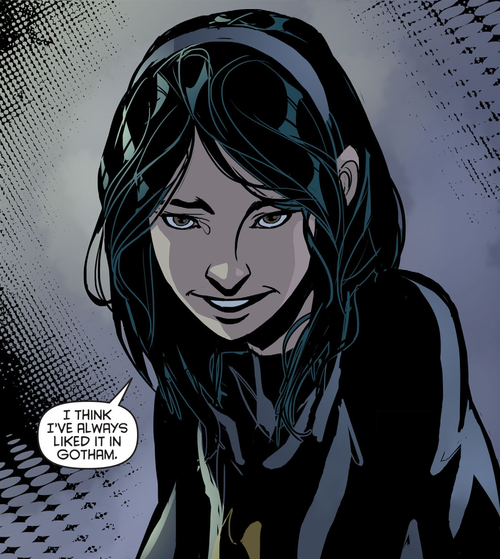 Codenames and other intentions for Cassandra Cain

At the time of this writing, Joseph P. Illidge – the original Associate Editor for Cassandra Cain’s first (and best) series – has taken to Twitter to decry the name “Orphan” as the current codename assigned to her by the writer for both Batman and Robin Eternal (where the name was born) and the current writer for Detective Comics, James Tynion IV. Illidge elaborated his feelings on Facebook, saying that “ORPHAN is stupid, lacks optics, and was likely created without any counsel from young girls or anyone of similar cultural background of the character.” and that “ORPHAN as a CODENAME for a young girl of color in the BATMAN universe should bother you.” The new moniker created by Tynion was seemingly not done completely without forethought. In July of 2016, he explained that the name signified her solitude from the rest of the world, presumably due to her disability. “[She will always] have a distance from the world. Black Bat didn’t speak to that. Orphan does…if we build her right, Orphan becomes a DC character, not a Batman character.” There are a couple of things at play here which speak to both men’s earnest feelings about Cassandra. The first is that she is a character who must be treated with care and respect, which as a fan I very much appreciate. Tynion didn’t stop at token inclusion when bringing Cassandra back. He’s observed what defines her and has labeled it to make his analyzations apparent.

However I feel Illidge’s concerns come from a sharper perspective. For one, he was with Cassandra at the beginning. He contributed time and energy in her conception along with writer Kelley Puckett, artist Damion Scott and editor Scott Peterson. Moreover, Joseph Illidge is a black man working in comics. His work towards diversifying mainstream comics with characters of color and non-mainstream backgrounds began with his work in Milestone Media Inc in the mid-90s, and is palpably felt in the first half of Cassandra’s series. People of color were both on the page and behind the pen during his tenure on the Bat-Books in the early 2000s. So his concern about Cassandra’s name comes from a place of experience and purpose when making sure that the only non-white member of the Bat-Family is written with understanding and dignity.

Dignity is always something I’m personally concerned with when it comes to Cassandra Cain, who is my favorite character of the Batman franchise. I’ve written about it before, but a big worry I had during the run of Batman and Robin Eternal was the point to have Cass’ status as a mute, illiterate martial artist at the forefront. Granted her muteness was done away by magic early on in her original series, but she never learned how to read, and that was done with respect and dynamism throughout the various storylines. In Batman and Robin Eternal, there are more than a few uncomfortable scenes of Cassandra being condescended by the other Robins and the Spoiler because of her lack of communication. While Cassandra had always been the most unique and different partner to Batman compared to his white sidekicks, her differences were an establishing point rather than a pity party for her. Batgirl #18 had her team up with Robin (Tim Drake) who admits his unease around her, but recognizes that it’s his burden to move beyond after getting to know her better. Batgirl #32 saw the Spoiler remark on “how weird” Cassandra is, only to be shown up by her throughout the mission. In Batman and Robin Eternal, Cassandra’s main qualities are that she can’t speak and that she’s a great fighter. While those traits are about as recognizable to her as Dick Grayson being a light-hearted acrobat and Tim Drake being a detective, there’s not been much characterization explored in the past twelve months. “Orphan” as a name doubles down on Tynion’s highlighting her differences with the Bat-Family more than her similarities, or how she connects with them as a person. Because Cassandra is one of the few non-white characters in the series, “Orphan” as a name and Tynion’s definition of it presents problems that can and should be avoided, even if it seemed like a good idea at the time. Cassandra’s “other” status has always made her a tricky character for writers to get right, which makes the stories when she is presented well much more appreciable. The common factor in those stories is that her differences add to the overall experience, and not detract or distract. When she returns to Gotham City in “Gates of Gotham”, she works with Dick Grayson, Tim Drake and Damian Wayne – the latter being the only one who has a problem with her presence. Her inclusion isn’t questioned by the others because they know, trust, respect and love her – much like her fans. Whenever Cassandra was written incorrectly in the past it was always by writers unfamiliar with her and it always led to disastrous results, such as the idea to turn her into a villain for Tim Drake to fight in the effort to boost sales. The more Cassandra strays from the various books, the harder it is for writers and fans to remember what made her special in the first place, the more likely it is for her character to get screwed up. Suddenly one of DC’s best minority characters is made into a problematic example of what NOT to do. James Tynion claims to be a fan of Cassandra Cain – and I don’t doubt that he is – but the name “Orphan” as pointed out by Joseph Illidge is more than just a name I disagree with for the character; it sets her on a wrong path towards a road that separates her from those closest to her – and by extension – the readers.

The quickest solution is to keep Cassandra around for a long time. Her various absences from the Bat-Books since the Dan Didio era began gave way to long-lasting damage that went beyond Adam Beechen’s run of Robin. If her complex nature is misconstrued, no one will know what her character is like or care if she’s inconsistent. It’s a case for not only her presence but the inclusion for all types of diverse characters. Extended absences belie her importance and where those values lie. Separation has historically never done Cassandra Cain any good, so hopefully if Tynion is good to his word and keeps her around for a long time, the name “Orphan” will be changed because it no longer means anything.