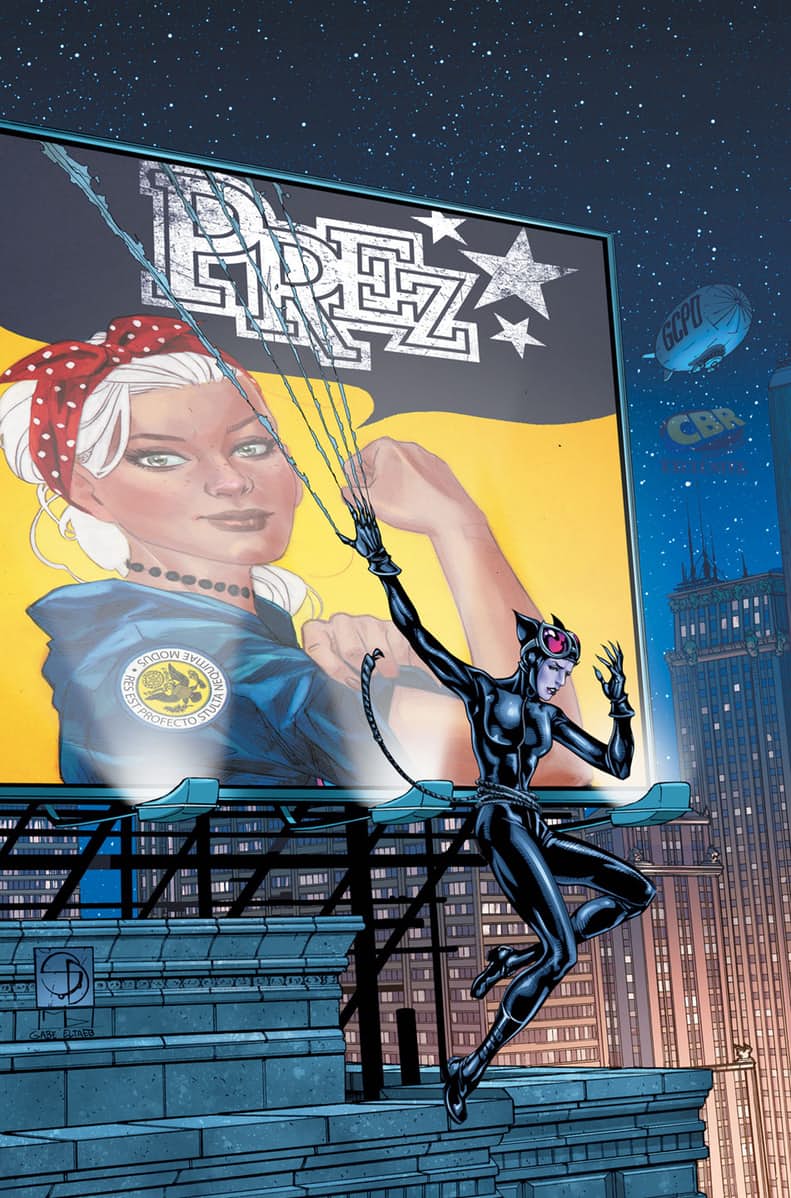 Comic Book Resources has revealed that Catwoman will be returning to comics in her own one-shot this November. The one-shot is set to deal with a mayoral election in Gotham while also having a back-up story to conclude the critically acclaimed Prez series from last year. Here is the official solicitation for Catwoman: Election Night Special #1:

It’s mayoral election time in Gotham City, and while the city is up in arms, Catwoman couldn’t care less! But when the candidates get personal, the Feline Fatale decides to get involved-much to the detriment of…well, everyone! This issue contains a special bonus story featuring the return of President Beth Ross from the critically acclaimed PREZ miniseries.

The one-shot will be written by Meredith Finch and Mark Russell with art by Shane Davis. The story will be 48 pages and cost $4.99. Are you excited to see the return of Catwoman? Sound off below.