Catwoman Gets a Fresh New Look 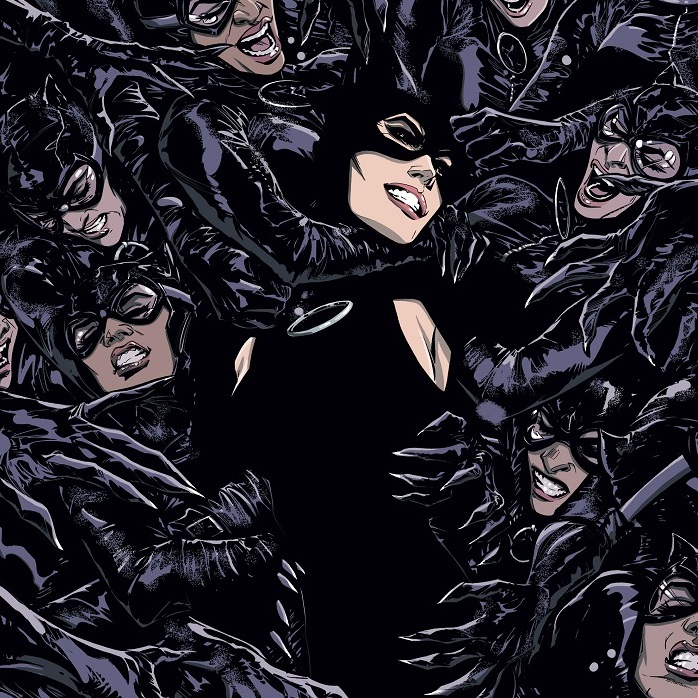 Selina Kyle is going through some major life changes not the least of which is her upcoming wedding to Bruce Wayne. Now another change is coming in the form of an updated costume. According to DC:

Selina’s sticking with the black, but gone are the goggles in favor of a cowl, along with some much sleeker, more stylish gloves and boots. The new costume also seems to have some reinforcement in the middle and some openings under her shoulders, which add a bit of flair while also giving her arms slightly more mobility—something that would be particularly important in Selina’s…ahem, line of work. DC has posted some preview pieces from Jones of the new costume and it really seems to hearken back to the days of Batman Returns with a vinyl look and full cowl. Along with the new costume is the debut of the new series by writer/artist Joëlle Jones, which spins directly off from this summer’s wedding. DC also released the solicit for Catwoman #2 hitting stores this August.

Gotham’s a toxic litter box for Selina Kyle of late, so she hits the road looking to clear the air, change her look and clear her name, too—there’s a copycat burglar swiping her M.O. who needs sorting out. In her hometown, Catwoman runs afoul of a crime boss who’s also hunting this impostor. Can the two declare a truce to hunt a mutual enemy, or will Selina end up just more roadkill?

Check out Catwoman’s new look when Catwoman #1 lands on July 4.