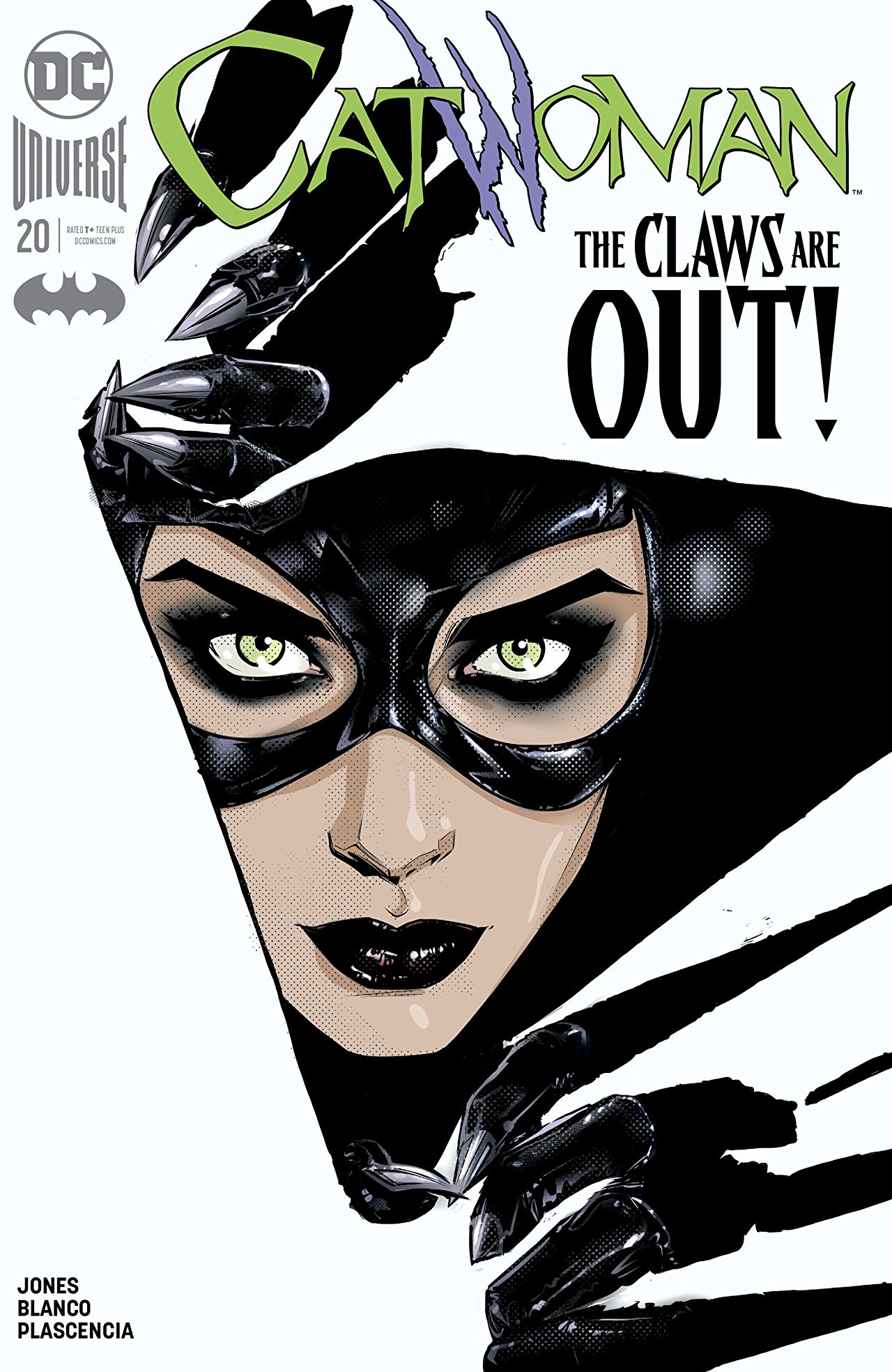 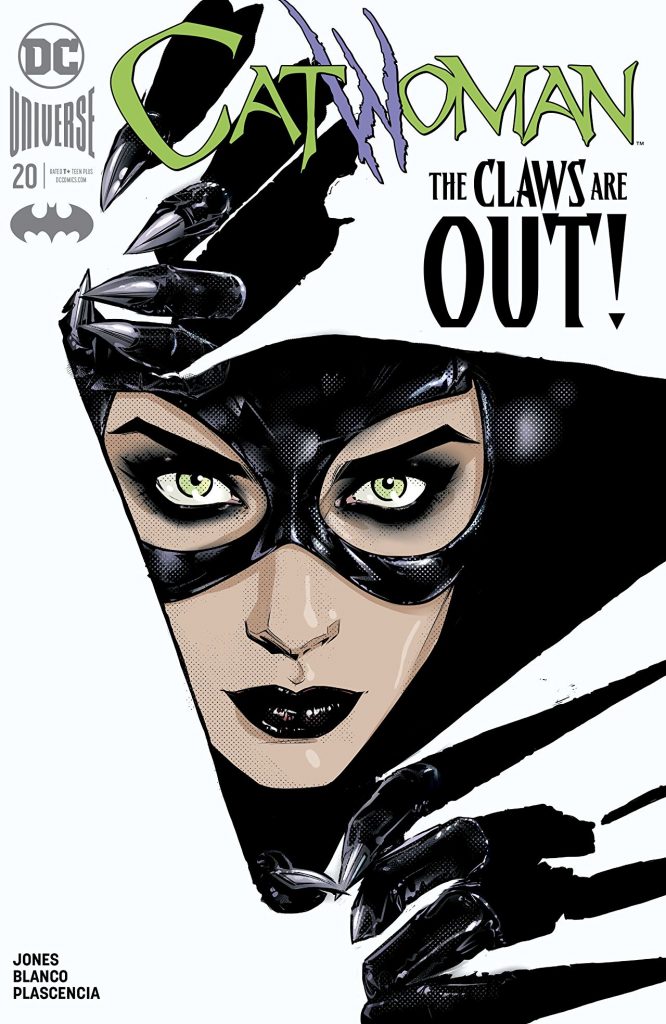 Overview: Raina Creel throws a party for the rich and famous in Villa Hermosa.  Meanwhile, Selina copes with the events of the previous issue and decides to take action.

Synopsis (spoilers ahead): Raina Creel sits in her control room and watches protesters gather outside her front gates. She instructs her henchmen to deal with some of the zombies breaking out of their cages while she waits for her party guests to arrive. As her henchmen take the escaped zombies to the cages outside, one of them makes a successful attempt at freedom and manages to free his fellow zombies and launch an attack on the henchmen.

Elsewhere, Selina tends to her sister and talks to her about her sense of despair over Linda’s predicament as well as recent events in general.  She only decides to go after Raina once a group of cats brings her the magic rabbit’s foot given to her by Zatanna. Selina takes this as a sign and Maggie appears to show signs of approval at Selina’s actions.

The party is well underway at Creel Mansion with all of the guests discussing what is planned for the rest of the night.  Raina uses her control over the zombies to turn their aggression on the protesters who have gathered outside of her gates. While the zombies attack, Raina explains to her associate that she plans to give the Lazarus water mixed with a special drug to her guests, which will turn them into zombies that only she knows how to control.

As Selina joins the fray outside of the mansion, Creel’s guests all partake of the drug-infused drinks and begin what is presumably their transformation into zombies. The issue ends with a Raina screaming in frustration at a video feed of a triumphant Catwoman walking up the steps of Creel Mansion with incapacitated zombies littered in her wake.

Analysis:  This story arc concludes in the next issue, so the ending of this issue feels like a deep breath before the plunge into the final confrontation.  It’s a very well-paced issue that reveals Raina’s plan and gives us some insight into Selina’s state of mind after the recent harrowing events that Raina has put her through.

I have mixed feelings on Raina’s character. I like that she is portrayed as the negative force many people associate with an individual who is a member of the corrupt, political elite as being.  Even on a very basic level, she seems to be a critique of how superficial culture has become in general, especially when it comes to public figures. Her public face looks like an airbrushed magazine cover, whereas her real face looks like a corpse. The difference between her public and real agenda is similarly disparate. The part that doesn’t really land for me is that her plans veer too much into generic “villain wants complete control” tropes. In this issue, she uses a magic drink to turn people into zombies and gain control over their actions. Perhaps I’ve missed it in a previous issue, but the way Raina (and only Raina) is able to control these zombies isn’t particularly clear. To my eyes, it seems like it happens just because the plot needs it to happen. Given what I think Raina’s character is intended to represent, I feel it would have been more powerful for her to leverage her position and power and use blackmail to control people. That being said, it is a subjective matter, and if zombies are your thing, you will enjoy the science fiction/horror aspect of the story.

What I liked best about this issue is Selina taking a few seconds to slow down and talk through what she has been going through lately. Selina is a character who possesses incredible mental strength and fortitude, so it’s not often you see her show vulnerability. I think it was really powerful to see her acknowledge her grief, accept it, and then transition into doing something about her situation. It’s inspiring to readers to see characters occasionally go through this process, and it really makes them more relatable to us. The reader kind of takes on the perspective of her sister for those pages and I felt that the slight smile her sister gives reflected on my own face at that moment.

Blanco and Plascencia’s art effectively blends the gritty feel of a zombie story with the glamour of a Bond film, which is pretty much on brand for this title’s aesthetic for the past few issues. We see another costume change for Selina in this issue, which probably symbolizes her feeling a little lost, or searching for some stability, and going back into her own past to rediscover some of the things that make her great. And even if I’m totally wrong and it has nothing to do with that, we get to see her wear awesome outfits from different points in her history which is always cool. Speaking of attire, I noticed that every single one of Raina’s guests is wearing a very different and fashionable outfit at the party.  It’s a small detail, but I appreciated the effort and imagination of the creative team for not putting everyone in very basic or similar clothing.

Final Thoughts: A solid issue that leads the reader into what should be the finale for this story arc in the following issue.