New Series Focus and Creative Team for Catwoman in October 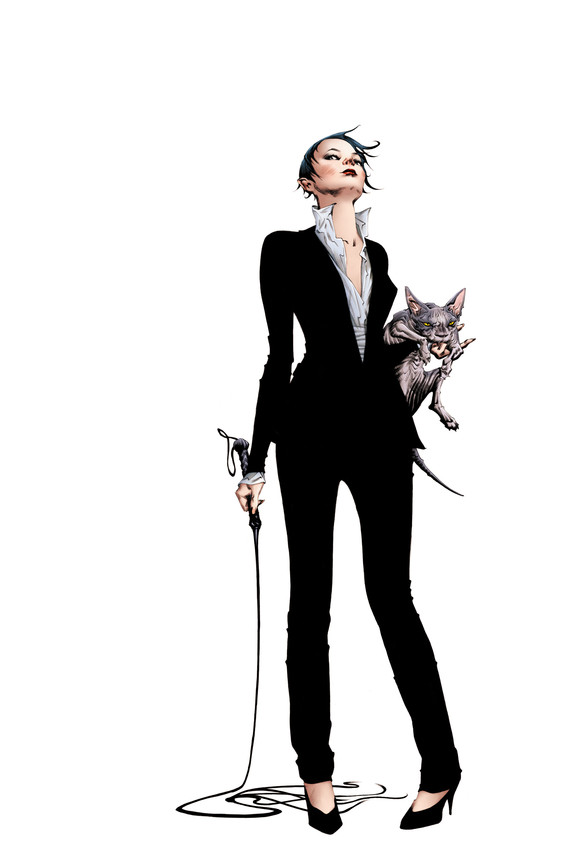 October certainly looks to be a noteworthy month for DC Comics, with multiple new series launches and new creative teams already announced — including, as revealed by io9, the arrival of new-to-comics writer Genevieve Valentine and artist Garry Brown on "Catwoman."

"After the dust settles in 'Batman Eternal,' Selina Kyle has discovered she's part of a legacy she never knew before, and heir to the family business," Valentine told io9. "She decides to accept the position, both because she sees a chance to restore a ruined Gotham and because, deep down, Selina's always played power games against herself." Even though Catwoman may have good intentions, Valentine stated that it's unlikely she'll be able to stay away from crime — especially given her new position in life.

"At the head of a crime family, it's not so much a matter of 'if' as a matter of 'when,'" Valentine said. "That said, the crimes are of a very different nature than her usual; some clandestine larceny here and there is a very different thing from having so many eyes on you and giving the kinds of orders that make the underworld run."

Though this is Valentine's comic book writing debut, she's written the novels "Mechanique: A Tale of the Circus Tresaulti" and "The Girls at the Kingfisher Club," plus articles for outlets including io9 and The A.V. Club. Brown comes to DC fresh from work at Marvel, including "Iron Patriot" and the upcoming "Edge of Spider-Verse" #4.