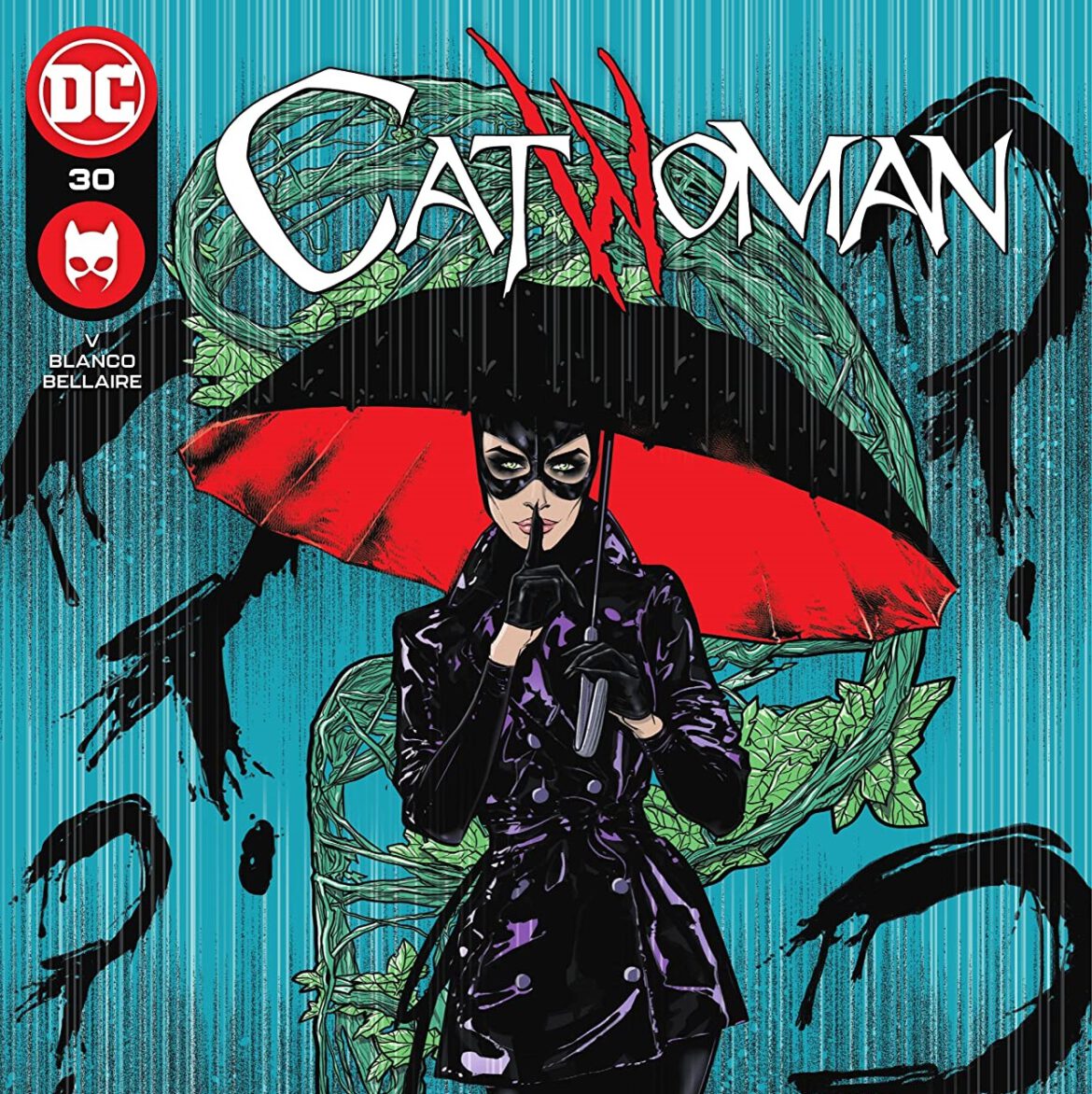 Overview: In Catwoman #30, Catwoman’s hunt for Poison Ivy leads her down many pathways including one that leads her to Riddler for answers.

Synopsis (spoilers ahead): Selina Kyle slips into her territory to see the Riddler after his shooting by Father Valley. Edward Nygma tells her about Poison Ivy being used to make drugs, and Selina is faced with the enormity of the foes she faces without Batman (because of the deal she and Bruce Wayne made to stay solo for a year).

Meanwhile, Penguin confronts Father Valley, expecting to kill him for failing to kill Catwoman, but Valley kills all of Penguin’s men and declares himself the judgment of God.

Selina dresses as Catwoman and goes searching for Ivy where Riddler indicated, but turns up nothing. A strange man tells her that she’s been shipped to Siddhart Roy, who is having a party that night, which Selina attends dressed to the nines.

Analysis: In my review of the last issue, I mentioned that while it was a really well-constructed issue, the story wasn’t quite connecting to the emotional stakes that make a truly stellar comic. Catwoman #30 got us back to that, with the touching scene where Selina struggles with the responsibility she’s taken on and the distance she has to put between herself and Batman. Additionally, the confrontations between Selina and Riddler, Father Valley and Penguin, Catwoman and the mysterious force holding Ivy are really well done. Ram V winds tension and mood masterfully, building from a static or slowly moving moment to intense, quick, and brutal action. A few times some things like his use of British slang like “nick” to mean “steal” stand out as a bit odd, not something you’d expect from an American crime comic, but it’s not completely out of bounds, and Ram V’s dialogue writing is strong enough that it doesn’t distract too far.

Fernando Blanco continues to impress with his clean lines, really appealing facial work and acting in panels, and action layouts. The scene with Father Valley killing Penguin’s men particularly impresses, using inset red panels to highlight the violence in the wider long shot of the layout. He also pushes the sexiness of Selina, showing her dressing as Catwoman, giving us the details of how the suit comes together on her body, and then creates yet another beautiful and daring dress for the final page as Selina enters Siddhart Roy’s party.

Catwoman does some good old-fashioned detective work in this stellar installment of her series. Dark secrets, sexy suits and dresses, impeccable action, and strong emotional connections continue to make this book a top-notch pull.