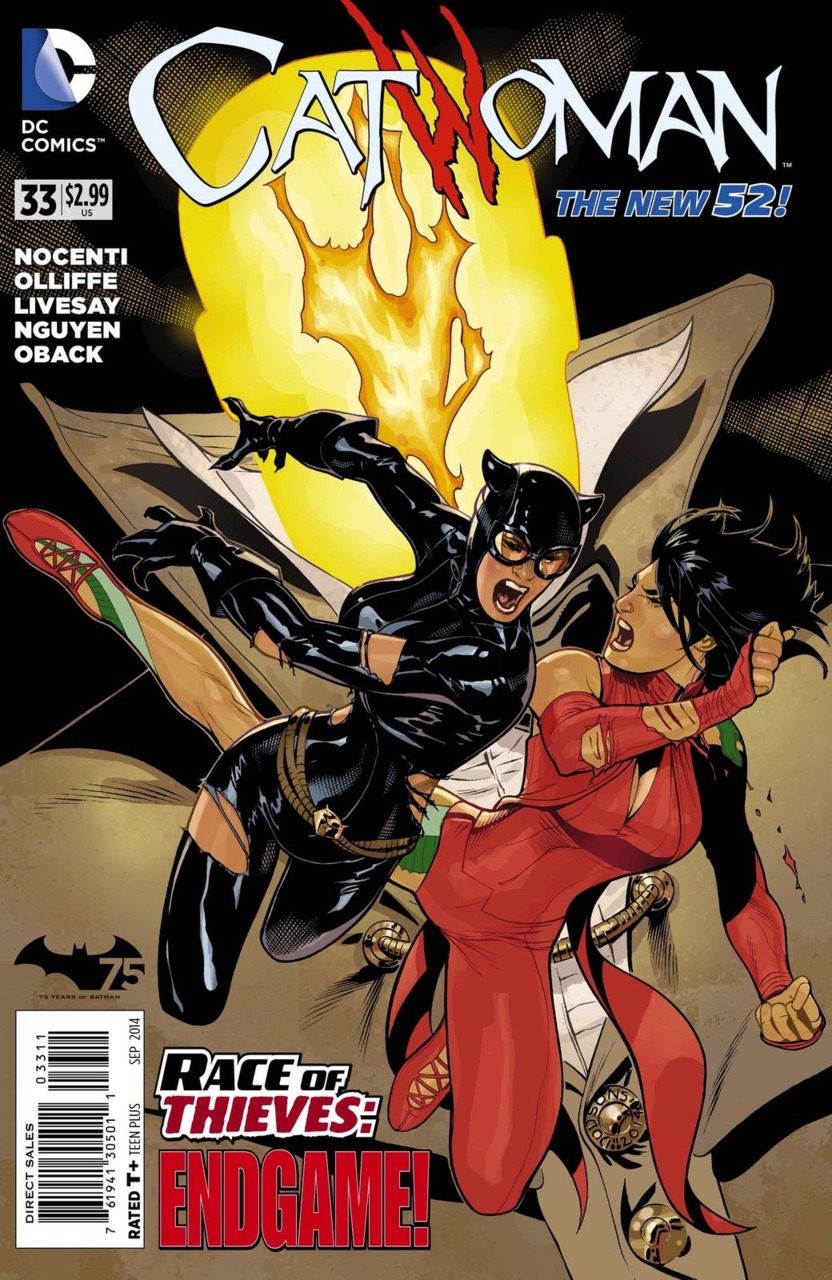 This is the end of the Race of Thieves. Thank goodness! At least I’ll have a fair shot at understanding what’s going on next month. Doesn’t mean I will…

So, this is another one of the Bat-books that will be getting a new creative team in October. Taking Catwoman in a new, & interesting direction. I can’t wait to see what they do with her, but for now, we have this. A parody of a movie I really liked as a kid, Big Fat Liar. That’s pretty much all you need to know about this, and I’ll get into the spoiler section.

Catwoman is mad, & wants Roulette. So she goes to see the crazy looking guy who turned Pamela Isley into Poison Ivy from the Batman & Robin movie… Really. It looks just like him, but with a flame afro. Catwoman makes a deal with him that she won’t call the cops on him, if he gives her Roulette’s schedule, as she is OCD about her schedule.

Catwoman then does a parody of Big Fat Liar, by sabotaging everything! Like making her weights heavier when she’s trying to work out, and putting blue dye in the pool water, and orange dye in her shampoo. She also breaks the elevator, dresses up as Roulette’s driver (she’s still wearing her Catwoman suit… Just put the driver’s hat on), and drives really crazy. She sabotaged her meeting with a businessman, and then fights with Roulette until she cries “Uncle!” She puts things away in her safe, and leaves a note to herself to ‘not get cold.’

As confused as I was, I did have fun with the BFL reference throughout the comic. That actually made me laugh. And I’m gonna give it extra points for that. Don’t get this, unless you want something stupid.