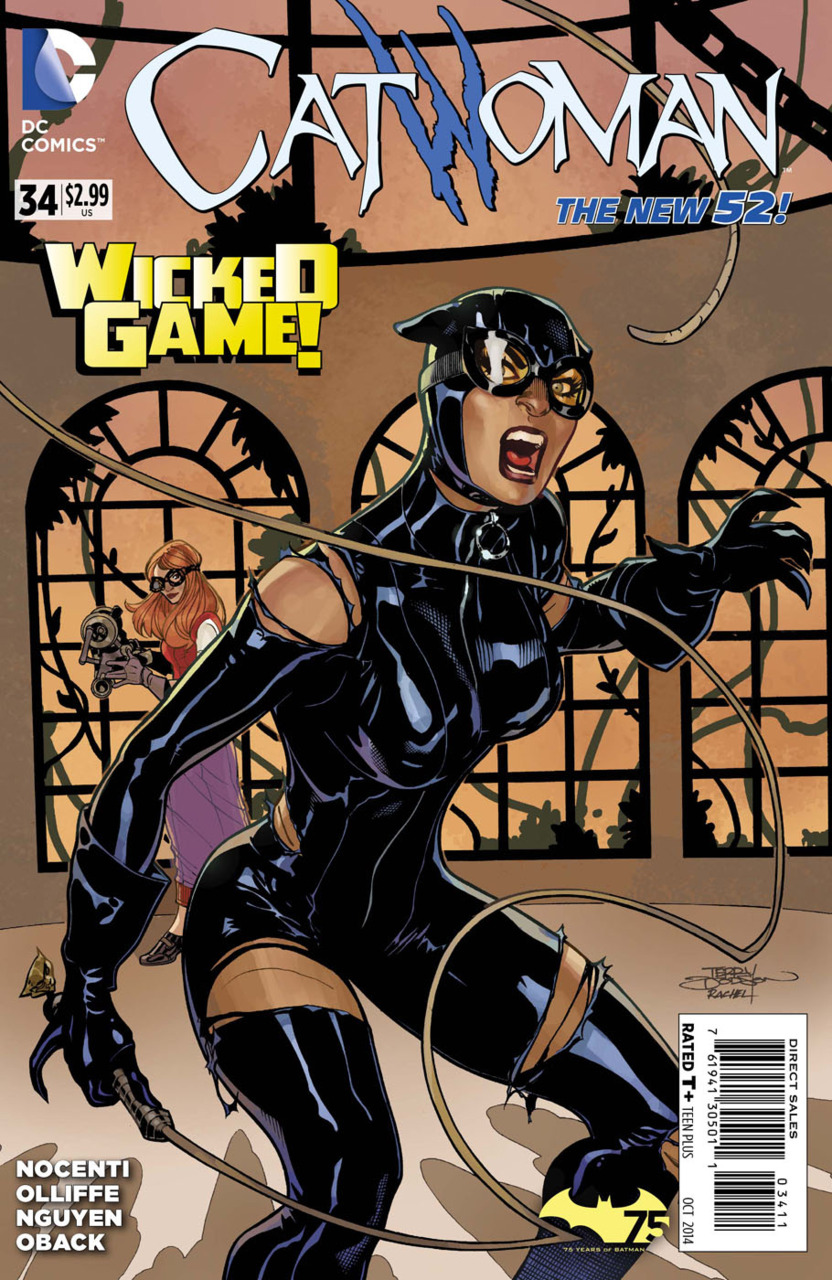 Catwoman is wanting Alice Tesla to get out into the real world. She needs to unplug. Why won’t she unplug? They make their way to an old abandoned building that they think may make a good new headquarters. It happens to be a creepy wax-murder museum. Suddenly, they are attacked by Tesla’s kinda internet boyfriend, who looks nothing like his avatar.. Go figure. He challenges her to a fight, through their creations thanks to some software, and a 3-D printer. Their creations battle, when Catwoman is able to grab Tesla, and get out of there.

As they are swinging back to Tesla’s place, they see a signal, which tells Tesla there has been a security breach. Why hermit would have an alarm be a signal in the sky, I have no idea. Once they get there, they see that Tesla’s boyfriend sent one of his creatures to hack into her system and steal all her files. However, Tesla knew this , and programmed it to instead, transfer HIS files. Genius!

We then see her boyfriend creating an army of his creations, along with the an army of the ones that Tesla made, to attack them again later?… Probably not…