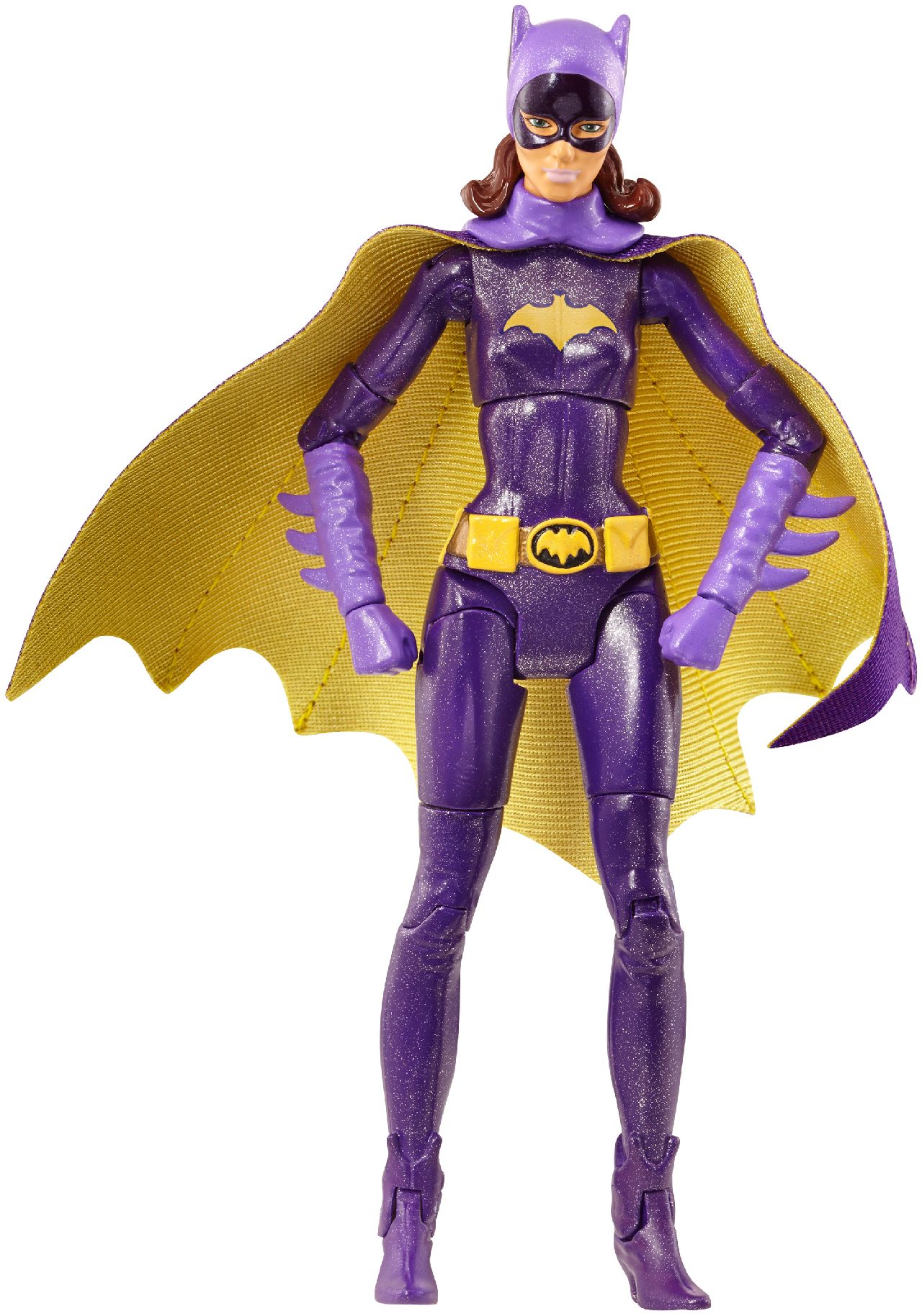 Toys ‘R Us has announced their exclusives for Comic Con International. Two items from The Batman Universe will be available.

BATMAN™ Classic TV Series Batgirl from Mattel®-Brave and beautiful in 6-inch scale, and rendered in actress Yvonne Craig’s likeness, this classic TV series Batgirl features dynamic, iconic colors, a two-sided soft goods cape and 16 points of articulation for ultimate playtime action and posing. Collectors can display her on the included base and choose between one of two retro cityscape backdrops.

BATMAN™ vs Harley Quinn from Schleich®-With this two-pack, supervillain Harley Quinn leads her own battle against the formidable and legendary BATMAN™. Complete with her signature black and red harlequin costume, this figure’s false smile hides a sneaky criminal, so BATMAN will need all of his high-flying skills to fight her.

The prices were not revealed but according to the Toys ‘R Us website the items will be available at the convention as well as online after the convention.