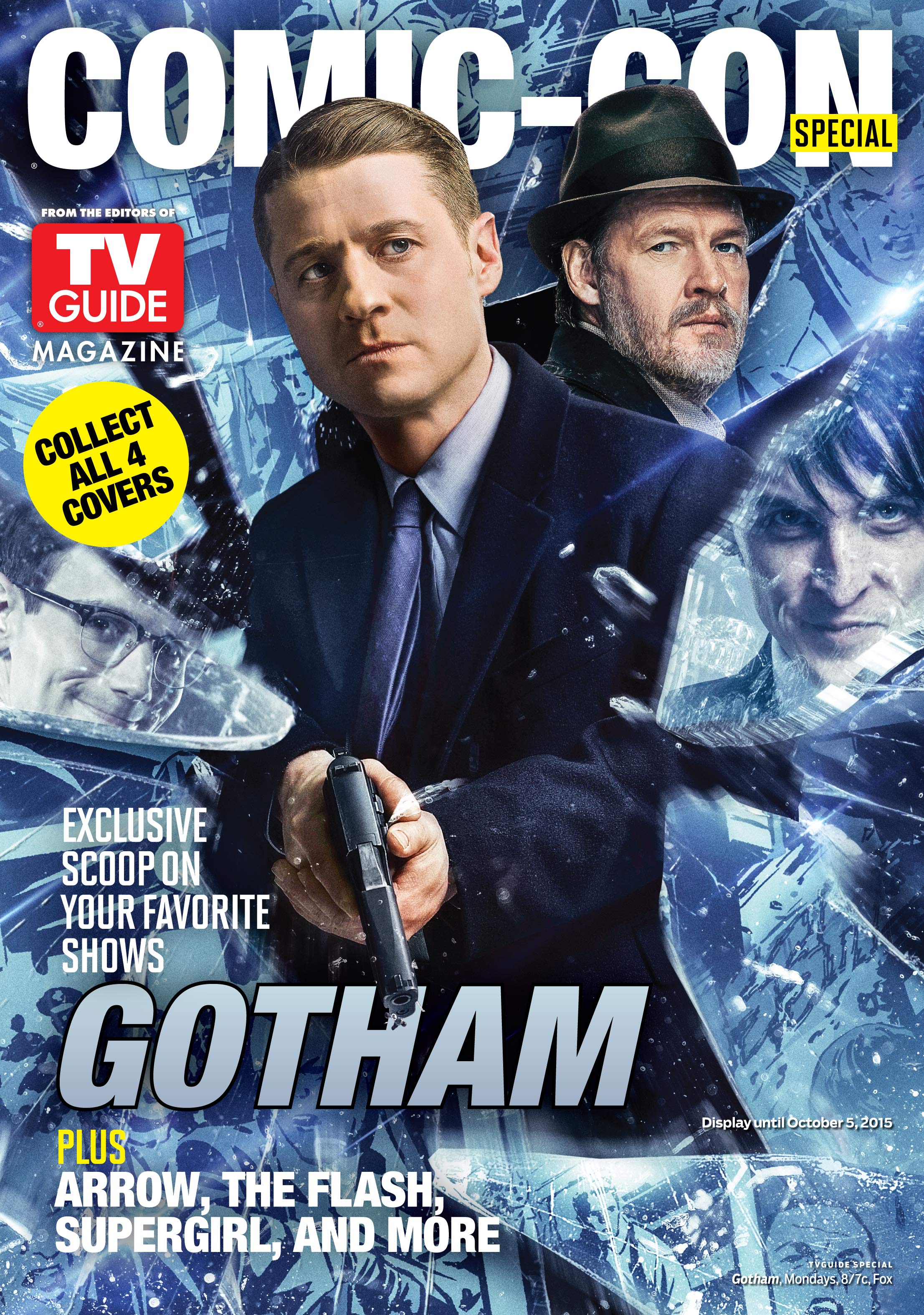 Warner Bros. has sent out information for the special TV Guide issue that will release at Comic Con International. Below are the collection of exclusive covers and details of what can be found inside the issue.

Fans combing through the 88-page special issue will find features and photos dedicated to the following programs:

And that’s not all that’s up, Doc. There’s more, including:

•An exclusive DC Entertainment Supergirl comic, “Sister Act,” written by Supergirl executive producers Greg Berlanti, Andrew Kreisberg and Ali Adler
•A sneak peek inside the upcoming DC Universe Original Animated Movie Justice League: Gods and Monsters from Warner Bros. Home Entertainment, Warner Bros. Animation and DC Entertainment
•A look at the DC All Access web series, in addition to a DC Comics preview of Victor Stone’s (aka Cyborg) high-tech upgrade
•Behind-the-scenes photos from the TV Guide Magazine yacht and photo booth at Comic-Con 2014
•All the scoop on the stories behind Bruce Wayne’s underground discovery and a super villain lineup on Gotham; a two-on-two interview with The Big Bang Theory’s Johnny Galecki and Kaley Cuoco-Sweeting; set deconstructions on The Flash’s S.T.A.R. Labs and The Originals’ New Orleans vampire-hood; and more
•Burning questions answered about fans’ favorite shows, including The 100, Arrow, The Flash, Gotham, iZOMBIE, The Originals, Person of Interest, Supernatural and The Vampire Diaries
•And so much more…!