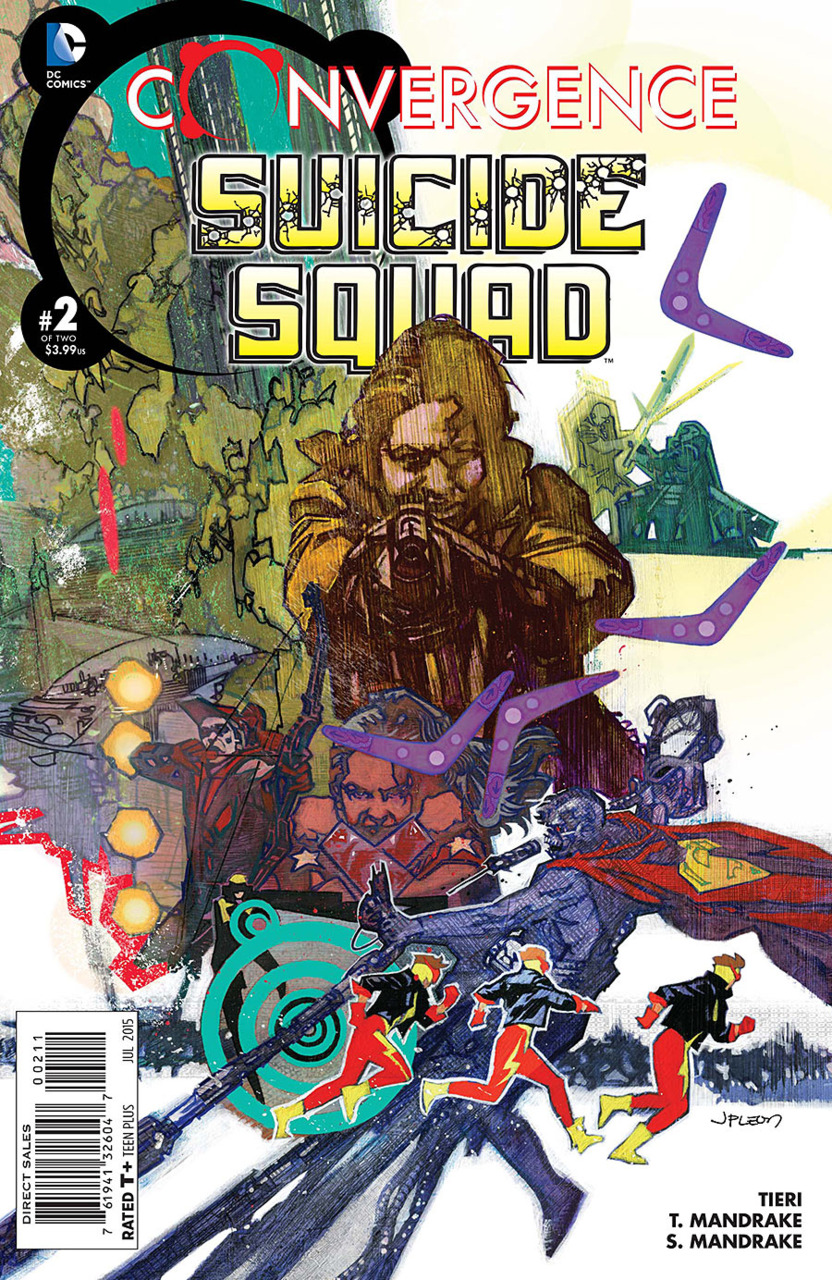 The book opens with Amanda Waller worrying about the outcome of the battle between her team and the Kingdom Come guys on the New Oa space station.

They then flash back to just before the battle as Amanda has to break up a fight between her usual team and the newcomers. Amanda lays down the law and lets them know that she is the boss.

The traitor Kingdom Come Lex Luthor is piloting Amanda’s space ship that is attacking New Oa. He crashes into the space station and the two teams face off against each other. Punching and projectile shooting commences. Lex finds Green Lantern and more fighting begins.

Finally Cyborg Superman decides he wants to kill everybody on both sides. Star Sapphire attacks him and sacrifices herself to destroy him. Kingdom Come Lex Luthor attacks Kingdom Come Green Lantern with a Yellow ring. Just as he is about to kill Green Lantern he is shot in the head. It turns out that Boomerang, who has terminal cancer and wants to kill everyone, has become a traitor as well. Boomerang turns to shoot Amanda but Green Lantern stops the bullet and says that enough people have been killed.

As Amanda is down on the ground she detonates a suicide bomb she is wearing. New Oa is destroyed and Kingdom Come is defeated.

I don’t think the format of the Convergence event suits Suicide Squad. There are a few interesting interactions between the individual Squad members but there are just too many characters to really do justice to them in two books. Because of this the betrayals in the story fall kind of flat. Lex Luthor and Boomerang betray their sides and Cyborg Superman betrays everybody. Life sucks, people are jerks, the end.

The real hero of this book though is, of course, the amazing Amanda Waller. She doesn’t hesitate to strike the Coup de Grace that leads the team to victory at the price of her own life.

The art in this book is gritty and dark which works well with the storyline, but panels are also sometimes clumsily drawn which detracts from the overall effect.

Also, I am not a fan of how the flashbacks/flash-forwards are done here. It seems unnecessary and interrupts an already segmented story.