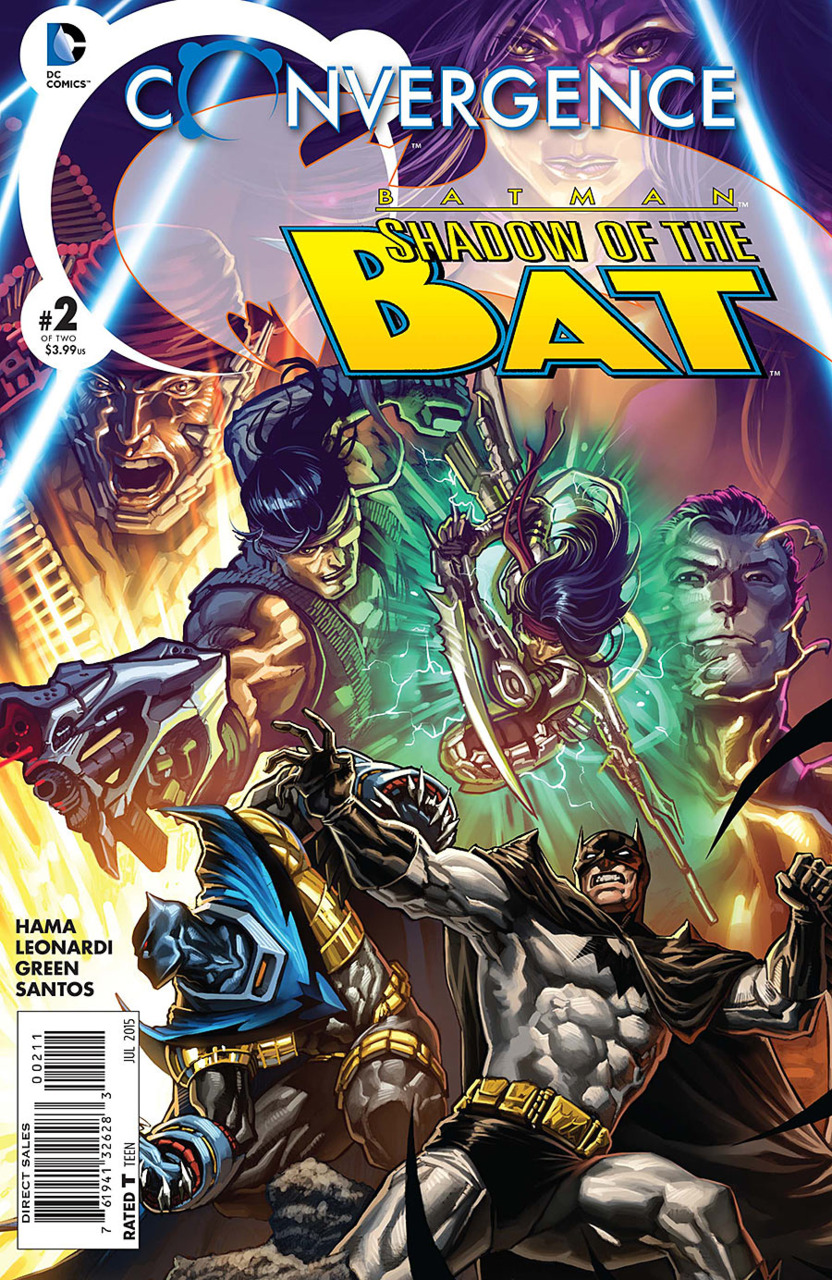 If the phrase “And now for something completely different” ever came into play perfectly it would be in this back-end issue of “Shadow Of The Bat”. After the reality shift by Telos which pits our Batmen against the Wetworks crew on an aircraft carrier not very much happens in this issue that can be explained as any more than Wetworks chasing around Batman and Azreal in almost Scooby-Doo like fashion with each trying to get the drop on the other. The entire tone of this issue is miles brighter than the tone of the previous one and it is absolutely bizarre and comical. It was a shock to the system even to see this storyline play out.

If I were to compare this issue to anything in terms of pop culture it comes off as almost like a buddy cop film. It’s like Tango And Cash or Bad Boys or Lethal Weapon style writing. The dialogue, and boy, there again is so much dialogue, is hammy and obvious and in some cases literally is exposition explaining what the characters are doing. Here is an actual quote from Azrael while he is holding a gun which he previously told Batman he only has in his hands to mess with him, “The Selector Switch is on “A”. I hope that stands for Annihilation.” At that point I literally slammed my head against the wall in my room I was leaning against as I was reading this.

At that point I put down the book for a minute and looked up Larry Hama’s bibliography and found out that he is most famous for writing G.I. Joe and Spiderman. At that point it all made sense. This was a GROSS mistake in putting him on this book with Batman and Azrael. It is clear he either never read Knightfall or he simply just doesn’t understand the character of Azrael because he didn’t give us what we were all looking for in the way of the madness he suffered through even after he relinquished the mantle back to Bruce after Knightsend. There was so much to play with here that was neglected. That is so unfortunate and frustrating and reprehensible.

The plot moves forward as I said before in a cartoonish fashion reminiscient to Spy vs Spy until eventually the Batmen get the upperhand as Azrael in uncharacteristic fashion tells the Wetworks crew that he wants to work with them to find all the other heroes and fight Telos in order to save everyone. And then in the end he decides to go against that plan at the end of the issue, but in the first issue the whole reason he was in Metropolis in the first place was because he wanted to be around a gathering of heroes. Seems like the dude just can’t make up his mind. And what a BEYOND cheesy ending. I seriously feel as if this were a TV show we would have gotten a “Knowing is half the battle” moral segment on teamwork or something.

Ugh. Such a disappointment. I had high hopes for this series. I must admit I never read the adventures of the Wetworks crew so I don’t know how well they were portrayed in this series. But Azrael was portrayed atrociously. We deserved better.