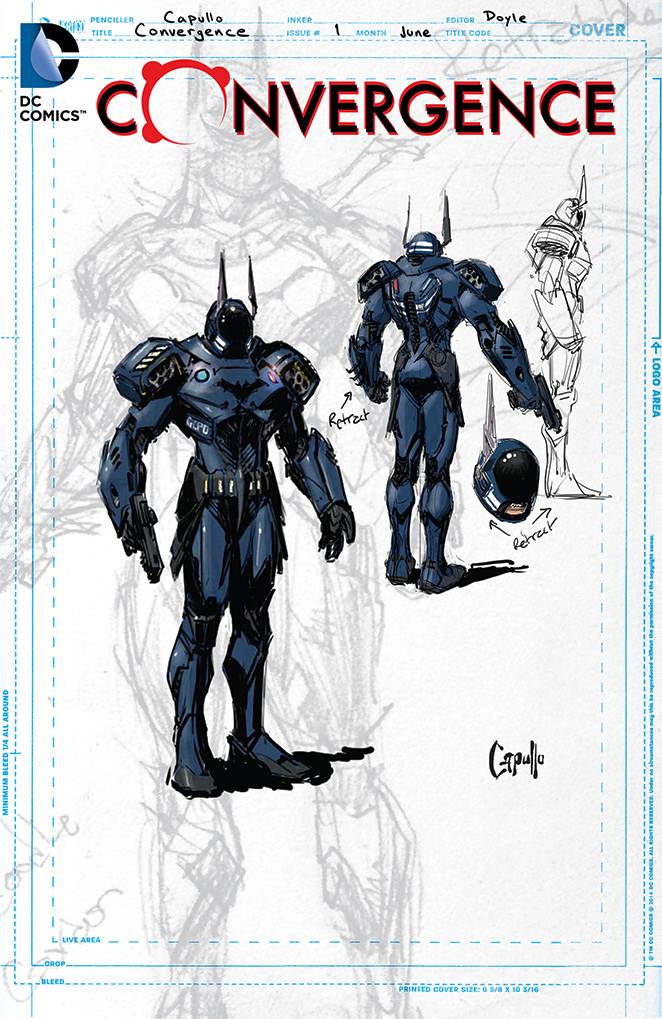 Bleeding Cool has reported that the limited 1:100 variant cover of Convergence #1 will feature design sketches from Greg Capullo showing off his work on the “all-new Batman.”  TBU has already reported on the new design but this variant cover shows much more of the intricate detail behind the redesign than was available in the few solicited covers from June that we have already seen. Convergence #1 will be on sale April 7 and the “all-new Batman” will debut in Batman #41 in June.