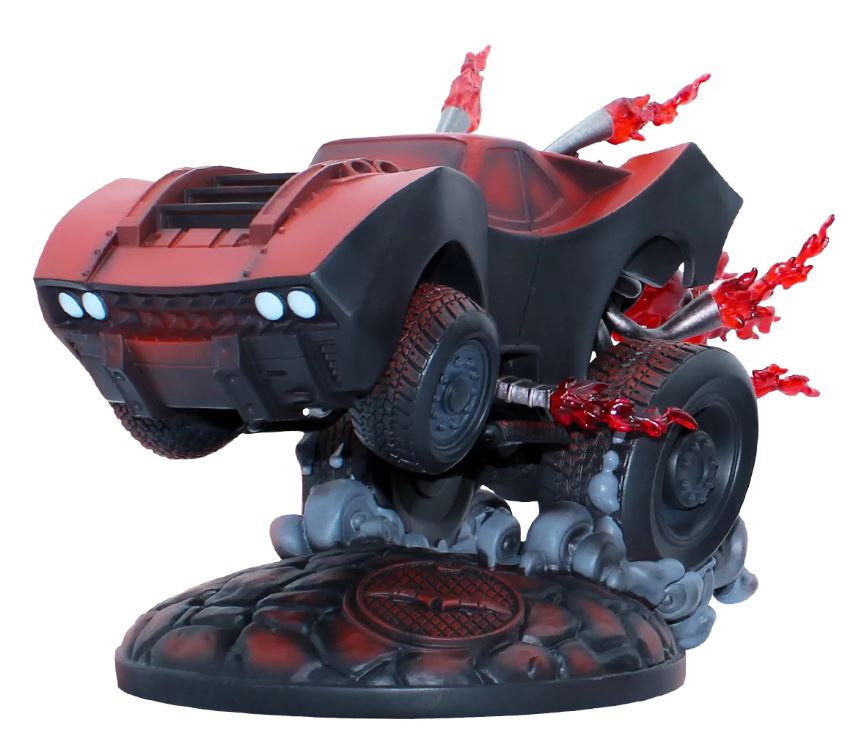 Cryptozoic has announced a new edition of their previously released The Batman Batmobile statue featuring a red and black color scheme. The statue stands about seven inches tall and features a color scheme seen in the iconic poster by Jim Lee. The statue was originally an exclusive announced at New York Comic Con and will be limited to four hundred pieces. It is priced at $219.99 and is expected to ship right away. You can order exclusively from Cryptozoic now.

Inspired by Jim Lee’s iconic poster for The Batman, this limited edition variant of The Batman Designer Series Batmobile Statue features eye-catching red and black paint. It is a Cryptozoic Exclusive, meaning it is only available from Cryptozoic online and at events.

The Designer Series statue reimagines the Batmobile from The Batman through the lens of the hot rod-influenced style of Kustom Kulture art from the 1960s. Designed by Dennis Jones and sculpted by Stephan Ehl, it comes packaged in a full-color box showing the exclusive statue. Each statue is numbered on the base, as well as on the Certificate of Authenticity, from 1 to 400. Meticulously crafted and highly detailed, it will be a dynamic addition to any fan’s collection!