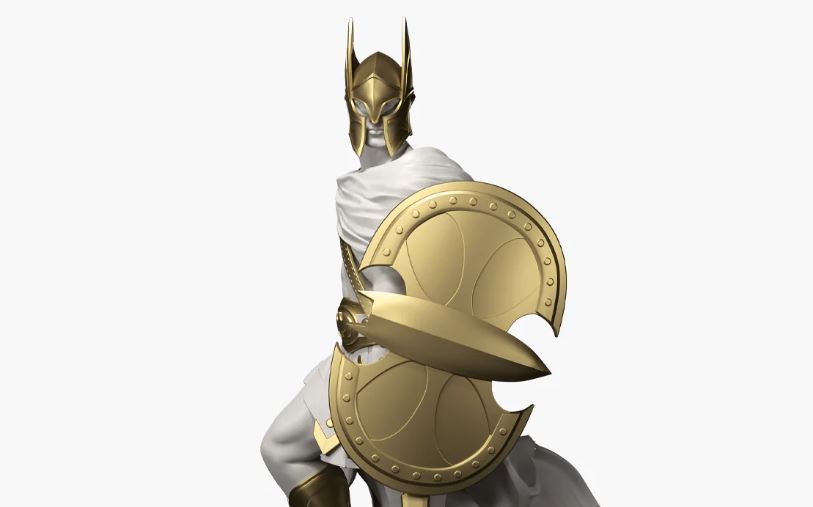 Cryptozoic has announced a new statue as part of their Pantheon of Justice series, which features Batman as a Greek champion. The statue measures twelve inches tall and is made of a polyresin material that appears to be marble with gold accents. Both the shield and helmet are removable. It is priced starting at $164.99 and is expected to ship between July and September 2023. You can preorder the statue directly from Cryptozoic or from Entertainment Earth or Sideshow Collectibles.

The Batman: Champion of Gotham City Statue takes the Super Hero to a different era, reimagining him as a classical Greek sculpture standing triumphantly after his latest battle.

The powerful polyresin statue measures over 12 inches tall from the base to the tip of the helmet and features a removable shield shaped like the iconic Bat symbol. Underlining his role as watchful protector, the Caped Crusader stands atop a monstrous bat head, ready to halt the next threat to his city.

Part of Cryptozoic’s Pantheon of Justice series, it has been crafted to be a work of art, equally at home in a museum or in your collection!