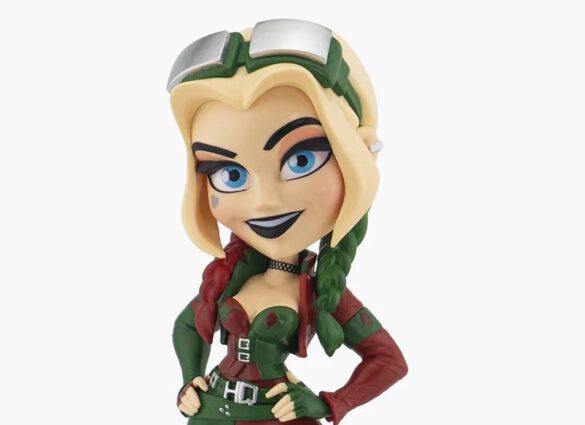 There have been a lot of different versions of The Suicide Squad Harley Quinn vinyl figure released, including the original release, a golden goddess variant, and a noir variant. Now Cryptozoic has announced a holiday variant of the Harley Quinn figure. The new variant features a red and green color scheme while being packaged in a festive display box. It is priced at $44.99 and is expected to ship this month. You can preorder the figure beginning on November 21 directly from Cryptozoic.

She’s dying to make your holiday season extra special! Like previous releases in Cryptozoic’s popular Holiday Edition series, this limited edition variant sports a green-and-red color scheme, inspired by the colors of the season. The 7.5-inch collectible comes packaged in a window box with a unique design and sticker, which is individually numbered.