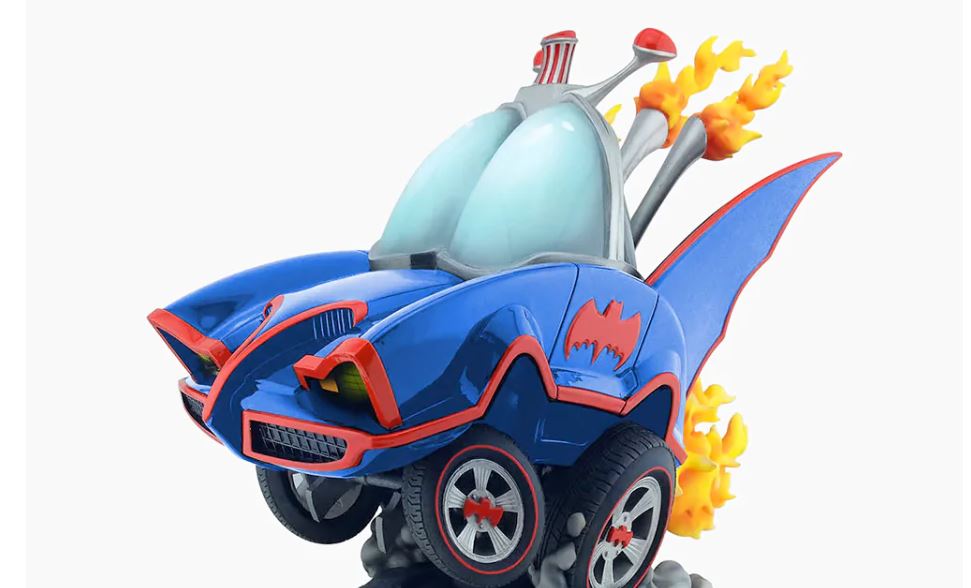 Cryptozoic has announced a new variant for their Classic TV Series Batmobile, which comics in a classic blue color. The original release of the classic Batmobile was back in 2017. That means they have brought back the fan-favorite vehicle for their holiday season exclusives. The Batmobile measures nine inches tall. It is priced at $124.99 and is available to order beginning on November 21. Head directly over to Cryptozoic to order yours now.

Based on the iconic version of the Batmobile from the 1960s Batman TV series, the statue is influenced by the animated style of Kustom Kulture art, which emerged out of the 1960s Southern California hot rod scene. The lively interpretation of Batman’s vehicle stands approximately 9 inches tall and is meticulously hand-painted. The high-end collectible was designed by Dennis Jones and sculpted by Stephan Ehl.

KEY FEATURES: A dynamic interpretation of the 1966 Batmobile. Unique display base with Batman logo. First in Cryptozoic’s Batmobile “Designer Series.”