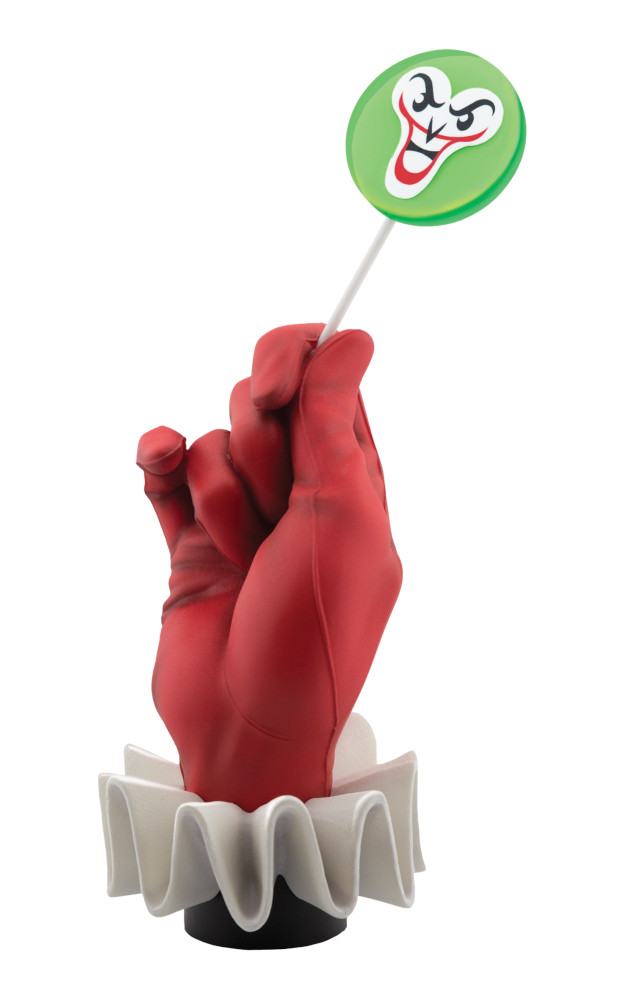 While Harley Quinn is known for her diamond-patterned costume and pigtails, her hands are not the first thing you think of when you picture the character. That hasn’t stopped Cryptozoic from creating the Harley Quinn Puddin’ Pop statue, a collectible modeled on the glove of the popular sometimes-hero and featuring a lollipop with the visage of the Joker. The 10-inch high statue featuring a white ruffle and red glove along with a green sucker will be made available at San Diego Comic Con before getting a full retail release later this year. “Harley Quinn is famous for her playful personality and love of The Joker,” said Adam Sblendorio, Vice President of Creative at Cryptozoic. “We feel like we captured both by having the statue hold a lollipop with her smiling sweetheart’s face on it. Harley loves her Puddin’!”

The details of the statue are:

You can expect to shell out $75 for Harley’s hand, but it will certainly make a conversation piece at your next geeky gathering. You can pre-order yours now, by heading over to Entertainment Earth.