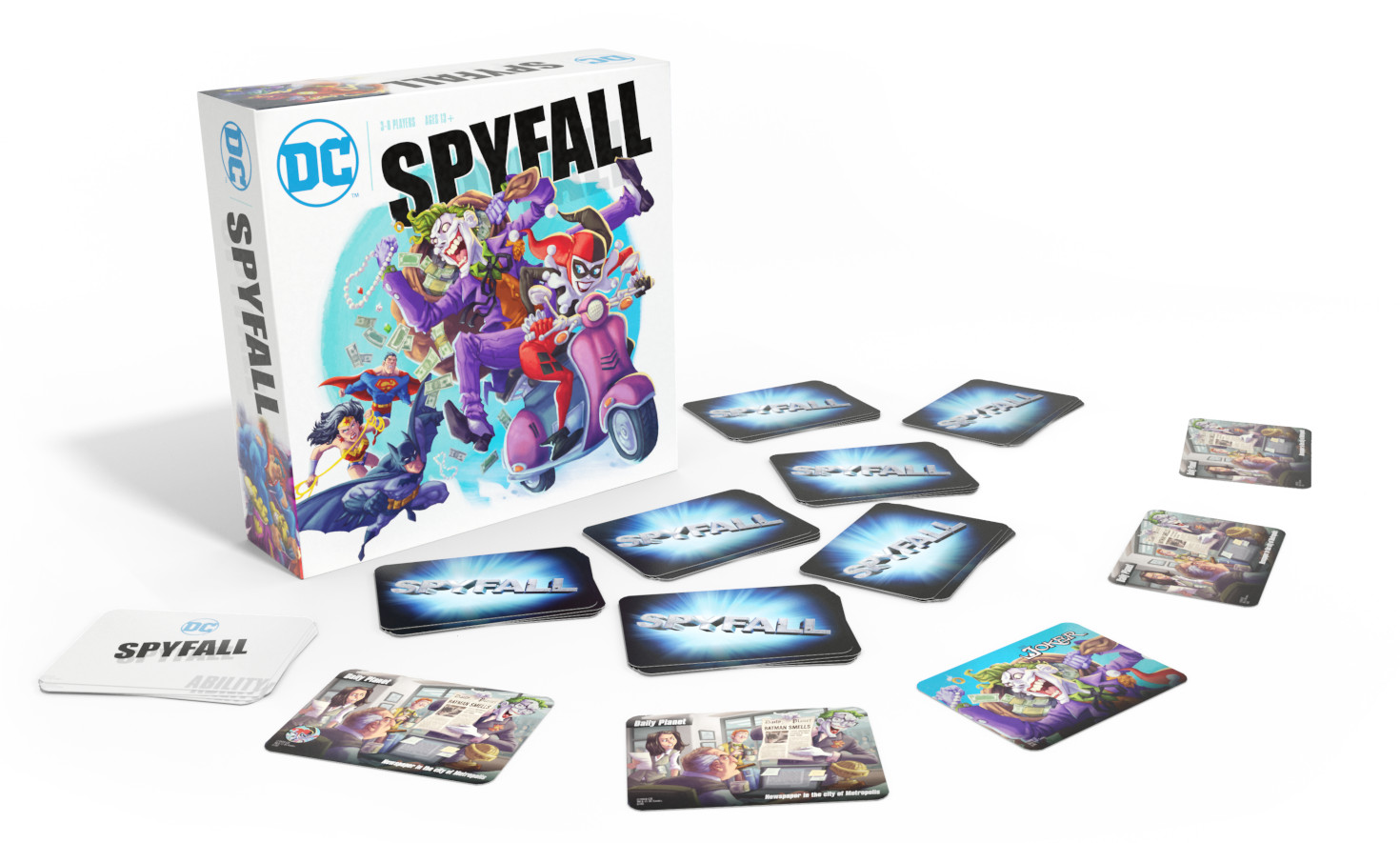 Cryptozoic Entertainment and Warner Bros. Consumer Products have announced that they will release DC Spyfall, a card game, exclusively at Gen Con this weekend followed by a full release on August 8. The game, made for three to eight players, let’s you slip into the role of an iconic DC hero such as Batman and Aquaman as they hold a secret meeting in such locations as the Hall of Justice or the Batcave. The twist is that one player is actually the Joker in disguise. The flow of the game involves players asking questions of one another to try and deduce who is secretly the villain before the Joker can figure out where the meeting is taking place. “You don’t need to be a DC superfan to play,” says Matt Hyra, Cryptozoic’s R&D Lead. “Maybe not everyone knows about Atlantis as it relates to the DC Universe, for example, but everyone can talk about it being underwater. Each location also has a brief description on it, so players can learn as they play.”

The game will also feature four additional modules that add twists to the basic gameplay. According to Cryptozoic:

DC Spyfall features four modules that add even more variety to the classic Spyfall gameplay. The Powered-Up Module gives each player an Ability card that can provide a One-Shot ability or give that player a restriction. When playing with the Harley Quinn Helper Module, one player is secretly Harley Quinn and tries to help The Joker player win without knowing that player’s identity or revealing his or her own identity

Creating even more zany gameplay are the last two modules. The Joker’s Jest Module introduces an all-Joker deck that can result in everyone playing as The Joker. The player who stops play and correctly recognizes that everyone has Joker cards is the winner. Finally, the Multiverse Madness Module gives most or all of the players different Location cards. It is up to a player to recognize this and get a majority of the others to agree with him or her.

If you stop by Cryptozoic’s booth (#601) at GenCon this weekend you can grab the 196 card game early along with a special The Swamp deck and, if you spend $15, you’ll also get the special Comic Book Convention deck. The game will officially be available on August 8 for about $25.